A gregarious Italian necromancer, once deeply ensconced in the mercantile life of the Latin Quarter of Constantinople. He now wanders on the business of his patron, Lady Constancia of Erciyes, often in the company of Malachite of the Nosferatu.

A bandy legged, burly Italian well over six feet in height, dressed in the functional finery of a Venetian merchant. His hairline is receding, he has an immaculately groomed beard and moustache. His skin has a waxy, pallid and unhealthy cast, although this is significantly offset by a ready smile and an amiable expression. Something about his physique and his slight stoop reminds you of a bear. The man arms himself with a dagger and a short, heavy bladed sword.

(This wiki is an expansion of the character as described in Constantinople by Night, p. 92 and the Dark Ages Clan Novel: Cappadocian)

For some years, Markus represented the Giovanni mercantile interests in Constantinople. Until the late 1190s, this task was given to certain ghouls in service to the family but so strong had the power and potential for profit of the Latin Quarter grown in the years prior to the Great Sack that the family leadership felt it necessary to maintain a Cainite representative in the Queen of Cities. For a number of those years, his welcome was cool, as the local Narsene Lasombra potentate, Bishop Alfonzo was wary of the nigrimancer’s strange powers. Indeed, the relations between the two Venetians were somewhat strained until Markus played a small role in the successful conclusion of the investigation into the murders of the Bishop’s favoured childer, Juliano and Adrianna.

In the wake of that matter, their relationship became much warmer, and Markus took to working hand in hand with Marko D’Este, the bishop’s most capable progeny in mercantile matters. It was whispered in the Elysium’s of the Trinity Cainites (probably instigated by Lady Alexia Theusa, who made no secret of her dislike of the Giovanni), that Markus also put his ungodly nigrimancy at the disposal of the bishop. Markus’ attempts to gain entry into the Obertus’ Library of the Forgotten were also stymied by the ancient Graverobber; she publicly rebuked him in Elysium, calling him “a scavenger of knowledge, little better than a carrion crow, come to pick over the bones of the greatness that was the East.”

During the events of the Great Sack of Constantinople by the Fourth Crusade in April 1204, Markus Musa Giovanni was just one of many civilians that was forced to do what he must to survive. Using both ghostly and mortal minions, he struggled to protect his house and possessions. Failing that, he is thought to have sought next to finally gain access to the Library of the Forgotten in the confusion, only to find it in flames and ruin. Some speculate that he had something to do with the disappearance of Alexia Theusa, and with a sly smile Markus has hinted that he knows something of her fate. Unfortunately for the court gossips, he isn’t telling, despite numerous entreaties and incentives to tell the tale.

Although d’Este did not survive the fighting, Markus’ allies among the Venetian Lasombra would grow into prominent roles in the years to come. Not least among them was Alfonzo himself, who would become prince of the city at the end of 1206. As such, the Giovanni would have been well-placed in the new order. And yet, several months after the Sack, Markus suddenly took leave of the city himself. Sightings over the years to come would place him in the Levant, Egypt and Anatolia, engaging in infra-clan intrigues at the behest of none other than Lady Constancia, known in among the Cappadocians as the Oracle of Bones. He returns periodically to the city but never stays for long, and over the years many of his allies and contacts have slipped away. More recent rumours have him travelling in the company of the famed Nosferatu Malachite, haunting such distant locales as Bulgaria, Transylvania, Ruthenia, and even Poland. His current whereabouts are unknown.

He is called L’Orso (the Bear) by his friends and family, on account of his burly, large physique and slightly overbearing ways. Markus is in the good habit of seeking to make as many friends and allies as he can, both Cainite and kine, to facilitate greater profit and advantage. When in Constantinople he can often be found at the Saut Aswad, socialising and networking. Many years ago, Gunthar von Sankt Wolfgang approached him with an opportunity to establish a trade route to the Siebenburgen. The enterprise was modestly successful and, until his eventual demise, the two men exchanged semi-regular correspondence on matters of trade and rumour.

Lineage: Markus Musa Giovanni claims to be of the 7th generation. He is the childe of Guiseppe Giovanni, who is known to be one of the more congenial advocates of both the family and the Clan Cappadocian. He is based in Venice, but travels much of northern Italy on the business of his elders. He in turn is the childe of Claudius Giovanni, the son, heir and childe of Augustus, first of the family to be brought across into the ranks of the undead. Augustus is, of course, the childe of Cappadocius himself. 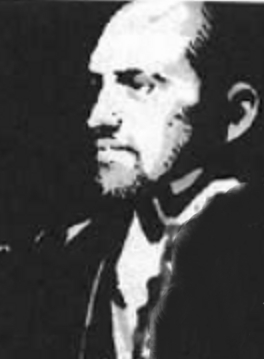