Perhaps the most reviled Cainite in all the vampire courts of the East, this heinous creature is responsible for the Final Death of Michael, the ancient Patriarch of Byzantium.

When first spotted by Lotario Acuto and Iulia, Mary the Black glared at them from the shadows of an alleyway on a crowded cross-street along the Mese. They had difficulty making her out, save that she appeared a young, slightly built girl-child of perhaps fifteen years of age, veiled and heavily robed. There the semblance of normality ended, for her skin, while smooth and unblemished, appeared to be pitch black, the colour of scorched wood. Her eyes were rimmed with red, as if irritated by smoke. There was an aura of imminent danger and menace that she seemed to wear with more familiarity.

Encountered by the entirety of the Concord and some of their allies immediately after her foul diablerie of Michael, her robe was torn open to reveal bloody, maggot swarmed rents in her chest and breasts, echoed by ragged self-inflicted wounds on her face. Her eyes had a weird, flaming glow to them and pulses of scintillating colour seemed to pulse from her in irregular rhythm, briefly eclipsing the flames that seemed to wreath about her form, drinking in the light rather than emitting it. She was armed with a very sharp, antique sickle sword made of bronze.

This dreaded creature has plagued the Cainites of the Toreador clan for many centuries. Although she has stalked and destroyed hundreds of the Clan of the Rose since well before the rise of the Roman Empire, until quite recently she was believed by most to be little more than a dark myth used to instill terror in impressionable fledgelings by cruel and playful elders. Indeed, youthful court wits have been known to dismiss her as nothing more than a phantasmal scapegoat. Obviously, however, those very same elders have known the truth of Mary the Black and made good use of it. From time to time, irksome Cainites disappear here and there and Blood Hunts have been called down upon her by princes and other Cainites of influence and station. And whether she was responsible or not, Mary the Black has always succeeded in avoiding justice.

Then she emerged from obscurity in the city of Constantinople during the Great Sack of AD 1204 and committed the foul crime of consuming the soul of Michael, the methuselah Patriarch of the Dream. In the wake of the Archangel’s Final Death, Mary the Black has gone to ground once again, as several hundred princes across both the East and the West have declared her to be so anathema that she is to be hunted as soon as she is spotted in any of their demesnes. The scale of this coordinated Blood Hunt is unprecedented in the Mediterranean, dwarfing even that declared on Narses, the former prince of Venice and ousted Archbishop of Nod.

Dozens of foolhardy vampires have answered the call, hoping to steal back the potent blood of Michael for themselves. So far, however, little spoor of her passing has been found. Some place her in the wilds of Anatolia, others in cities of the Nile Delta or amongst the rugged mountains of Crete, and a few claim to have seen her in the Levant. For the most part, however, the rumours have served to disguise her movements more than reveal them, for her current whereabouts are unknown. Many of these hunters would give their fangs to know more of her so that they might hunt Mary the Black but as it turns out only one (surviving) unaligned Cainite has any intimate knowledge of her origins, and Sister Maude Khlesl is ill disposed to speak of it to any save her compatriots among the Concord.

Through the brief mental bond that she shared with Michael in an attempt to wake him from torpor, the sarcastic Cappadocian crone endured the onslaught of his powerful psyche, including thousands of years of his memory. The experience left her in a stupor for weeks as she sought to piece together his story and separate it from her own.

Privately, she has confirmed the rumour that Mary (or Ma-ri as she was once known) is truly ancient herself, having once been the ghoul lover of the Toreador in his own youth long ago in the ancient city of Ebla. However, she has said that the ancient Toreador was desolated to lose his love when the Akkadians came for the city at the behest of the Toreador Antediluvian’s Gangrel enemies. They put the entire population to the sword before burning the city, and Mi-ka-il’s very first frenzy took him when he discovered that his retainers had taken him but abandoned Ma-ri.

Centuries later, during the vertex of the Middle Assyrian Empire, Beshter (as Mi-ka-il had come to call himself) became aware of a terrifying nemesis who hunted others of his clan; a terror known as Ma-ri-ah stalked the cities of the East, and a twisted hope kindled in his heart even then that his lover might have survived. However, he was given pause because of her reputation for cruelty and malice, and also the fact that it became clear to him that the ultimate target of her fanatical hatred was none other than he, even though she still sought word of Mi-ka-il rather than Beshter.

Down the centuries Beshter sought word of her horrifying exploits and vendetta against his clan, and when he yet possessed full control of his faculties he had ultimately decided against revealing himself to her. The emerging legacy of the Dream required his attention and she was clearly too far gone, especially after he discovered the name of her clan: Baali. His own vain proclivities, however, eventually compelled him to renounce the name of Beshter and adopt that of Michael for after converting to Christianity, in his twisted conceit he felt that God had seen fit to make him the personification of the qualities of the archangel even when he was yet mortal. From that point on, he knew that Black Ma-ri-ah would hear of him and eventually hunt him. There was no fear in him though, for the Patriarch’s arrogance was such that he saw their eventual meeting as nothing less than the will of God, and proof of his own divinity.

Of course, Michael’s sanity would slip (at the secret connivance of Gregorius Dimities and his masters among the shadowy Incognitus) and his initial intentions would twist further along with his psyche. Even Maude’s extraordinary memory failed her under the weight and power of the memory of Michael’s madness, but she has told her friends that he was still quite lucid until the late 9th century. After that, his thoughts grew clouded, dominated by delusions of grandeur and fantasies about his “fall” and his role in God’s plan. She does know, however, that even in the depths of his torpor and his derangement, he still adored his Ma-ri, and privately rejoiced when she came near. As the city fell into crisis around him, the Patriarch prepared for apotheosis with the sure belief that God had placed Mary the Black as the instrument of His will.

Maude awoke from her stupor as the the Queen of Cities burned. Her strained psyche and fragmented knowledge of his mad plan, together with the knowledge that in the land of the dead a Great Maelstrom threatened to gathered about the city, lent desperation to her movements as she sought out her friends among the Concord so that they might rescue the methuselah from himself. Sadly, they were too late, for Mary the Black had found Michael first. By the time that the Concord happened upon the under-church of the Archangel, the awful deed was done and they found the Baali methuselah standing in the nave of the basilica. She seemed bewildered by the power she had stolen and grief-stricken from the knowledge she doubtless now had that her hatred was misplaced, for Mi-ka-il loved her right up until the moment that she ended him. Her hateful and cruel focus had narrowed, however, at the arrival of the late Patriarch’s defender, Sariel, who was now inexplicably defenceless before her. When the Concord sought to save the Toreador warrior from her, Mary the Black’s eyes fixed upon Maude and she almost seemed to sniff out Michael’s psychic touch upon her.

In a fury, the Baali attacked the Cappadocian and the Concord, together with Lucien, sought to put her down. However briefly, the skilled coterie of neonates and ancillae fought her to a stand-still and a number of them even landed telling blows, but battened on the blood of Michael there was little harm they could do that she did not immediately heal. Luckily for them, Mary’s confusion ruled her, and after horridly injuring several of them, she simply forgot about the Concord and stumbled away, lost in some vision or memory. For the most part, the stunned coterie were content to let her go and keep their unlives.

The perfidious Baali diablerist vanished immediately thereafter, and despite the best efforts of hunters, she has not been reliably seen in many years. Neither her whereabouts nor her designs are known, but with the vitae and the soul of Michael the Patriarch coursing through her veins, it is sure that few active Cainites throughout the known world can hope to match her power. It is likely, or at least hoped by the Concord, that she still wrestles with the enormity of the soul she drank, as well as the implications of the vendetta she has uselessly pursued for thousands of years, and she may have even taken the solace of the Sleep of Ages in order to properly cope and absorb Michael’s essence. If the world were kind, perhaps she might remain there.

If the world were kind…

Embrace: Thousands of years ago. Not even Maude can say for sure, but she believes Mi-ka-il was brought across in the 22nd or 23rd century BC, so she argues that it would follow that Ma-ri’s Becoming must have been at that time as well.

Lineage: Unknown. Mary the Black is not in the habit of announcing herself or her bloodline, though she is known to belong to Clan Baali. As to her generation, this too is a mystery, especially since she has reaped the power of drinking the soul of one of the 4th generation. 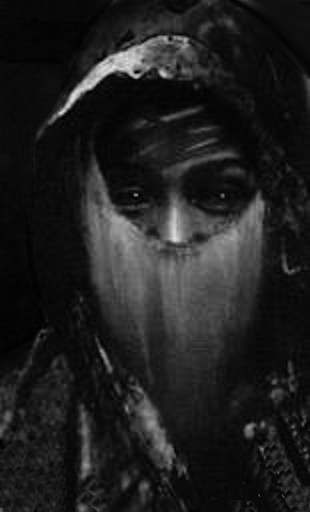