A mild-mannered, dignified merchant and patron of the arts, this Persian Ray'een al-Fen has resided in Jerusalem since the 1160's.

A short, slightly portly Persian who manages to convey profound cheerfulness despite the dignified, formal air with which he comports himself. He appears to be fond of blue, judging by the hue of his turban, his lavish robes and the many jewelled rings that bedeck his fingers. His eyes are a dark, warm brown and his moustache and goatee are kept carefully trimmed and oiled. A faint whiff of sandalwood seems to follow the man around. He is armed with an ornate, curved knife.

A pleasantly cheerful merchant, happy to spend his money and influence with the Ayyubid overlords on worthy causes within Jerusalem. He has patronised many artists, merchants and scholars since he came to reside in al-Quds, using the system that has served the Damascene Ray’een al-Fen so well for centuries. Those of his clients that go on to great things fondly remember the ageless, unassuming Persian and his influence is broad, if not necessarily deep, within the Muslim Quarter of the Holy City. Having been a resident of the city for well beyond the span of a mortal lifetime, he has been forced to recreate himself as his own descendant once, and he is currently making preparations to do so once again. Such is the chore of those who Cainites who exist so openly in mortal society.

While he claims to hail from far-off Ispahān in the ancient land of Persia, Mattisyahu was Embraced by the noted stonemason Harun, an elder of the city of Damascus. His grand-sire, Al-Qasim, is noted in Cainite circles for his fantastic wealth and his centuries-long patronage of the arts in the Garden of the World. Indeed, Mattisyahu comes from a prestigious line indeed, and is known to be able to confidently recite his lineage all the way back to Arikel herself. This lends him a certain amount of cache in Cainite society and this, along with his affable and reliable nature, has made him unusually welcome in the courts of the elders of Jerusalem, no matter what quarter in which they happen to reside. In turn, Mattisyahu is quite happy to garner prestation benefits by using this facility to carry messages or make introductions.

Mattisyahu has been a friend of Perlina of Bistritz since the 1130s, and an associate since the first blush of the 12th century. Their trade networks are complementary, their partnership has been mutually beneficial for a very long time, and the two of them share a frank and warm camaraderie. When she stays in Jerusalem, Perlina almost always enjoys his hospitality, bringing Mattisyahu news of the West in return. 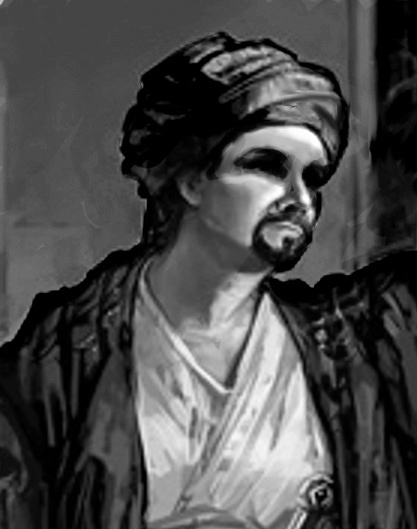