The late chieftain of the Varganyi, a clan of bellicose Szeklers who formerly watched over the northern terminus of the Bodza (Buzău) Pass. He was slain in combat with the Ashen Band.

A warrior of nightmares, this horror’s blue skin was stretched tight over corded muscles, where it was not obscured by the remnants of once fine mail and leather armour, crafted in the style of the Szeklers. No hair remained to him, and the skin of his face was dry, cracking whenever he spoke, smiled, or grimaced. A pair of needle sharp fangs dominated a maw of teeth so square and heavy they looked like they could bite through bone. He was armed with a sabre, a long knife, and a composite short bow. A quiver of arrows was worn across his back on a baldric. His helmet bore a tassle of red, white, and black horsehair.

The leader of a band of Szekler Nosferatu that harried the Kronstadter-occupied settlement of Bodzaforduló late in the summer of AD 1214, this brute seemed to revel in hate, and the pain that he caused his enemies. This was demonstrated when he and his coterie attacked the Ashen Band. The latter coterie had arrived to take charge of the rebuilt fort, only to discover that a number of their mortal vassals had been brutally tortured and murdered by the Nosferatu. When a number of the band made their way to the foot of the Bodza Pass to recover the desecrated, impaled corpse of a serving brother of the Teutonic Order, Miklós and his coterie ambushed them. During the desperate fight that followed, he proved more than a match for the Lasombra, Marius de Şimand, whose weaker blood and lighter experience on the battlefield caused him to be worn down by the ferocious assault of the Varganyi chieftain. Ultimately, he was undone by several of Brother Berengar’s canny soldiers, who tricked him into a blind charge and then struck him with a torch. The fire ate into his flesh hungrily, and he expired soon after.

In the wake of the failed ambush, the Varganyi prisoner, Lekszi, was quite forthcoming with information concerning his late chieftain, his clan, and the other Nosferatu. The Varganyi had always been noted, even among the traditionalist Szekler clans, for their adherence to the brutal old ways, as well as their loyalty to the pagan gods of the steppe over the Nailed God of the Christians. In the early 1150’s, when King Geza II directed the Szeklers to settle and secure the lands that have come to be called the Székelyföld, Főnök (chief) Vargan and his people took the southernmost woods and valleys for their own, perhaps reasoning that the proximity to the Bodzo (or Buzău) Pass would allow them to continue with their penchant for raiding and fighting. Within a handful of years, they also directed their predatory attentions to their Szekler neighbours, and even, rumour has it, to the nascent burgraviate of Kronstadt. Never a popular clan among their fellows, they were nonetheless strong enough to hold their place over the coming generations, and they were respected as the guardians of the pass.

Lekszi claimed that Miklós was raised to be a man and a főnök in the mould of his ancestors. Cruelty was second nature to him, and he lived to fight and raid. Helena was able to corroborate this, now recognising the crude manner, the arms, and the armour of the incinerated Nosferatu leader as those of the mortal Varganyi chieftain that she had met years past in the settlement of Szentgyörgy, when she was yet mortal herself. Furthermore, she recognised Lekszi as Miklós’ odd-fellow johannes factotum, a seneschal curiously blended between the sometimes savage ways of his people and the lettered courtiers of the West. Lekszi would go on to say that Miklós, his father, and his grandfather were all servants of an old Nosferatu named Hyacinta, the Hag Princess. They had served as her agents among the Szeklers for generations, serving as ghouls until they perished or displeased her enough to be summoned to her village in the mountain heights above the valley.

In AD 1209, the Hag Princess and her brood were defeated by the Gangrel warlord, Kordönül, and they lost most of their number. Grievously wounded by both fire and the claws of the enemy ceribasi himself, Hyacinta felt the inexorable pull of torpor. Knowing that it would be a matter of weeks before the Varganyi would face the oncoming Cumans, she Summoned Miklós and rewarded his long service with the Embrace. She then charged him with defending the northern terminus of the pass “by any and all means”, before succumbing to her wounds and entering a long sleep that would span nearly 5 years. Miklós, taking her words as fiat to create childer of his own, Embraced a number of his swordbrothers to provide a supernatural edge to the clan warriors. Perhaps not truly cognizant of the magnitude of the threat Kordönül posed, or more likely due to his excessive pride and confidence in his own abilities, Miklós chose to meet them in battle rather than endure a siege. As expected, the Varganyi faced the Cumans within short order, and the best warriors among the clan rode into the pass to counter the enemy.

They lost everything. Outwitted by the sly tactics of the enemy ceribasi , and outnumbered by the unprecedented tally of enemy warriors, they were defeated, routed, and slaughtered. Miklós Embraced as many of his mortally wounded fellows as he could, and together they did their best to harry the enemy, buying time for those among his people too old, too weak, or too young to make for Szentgyörgy, while the rest resolved to hold Bodzaforduló or die trying. They too would soon perish as the handful remaining of their live and undead clansmen looked on, powerless, from the hills.

The Cumans raided hard through the Székelyföld and the burgraviate of Kronstadt that summer, slaying hundreds, and then thousands, while the sanity of Főnök Miklós steadily eroded. Deprived of his authority, his land, and his people, and without the mentorship of a sire or elder to guide him through the initial throes of dealing with the Beast, the Szekler chieftain became ever more cruel, more wrathful, and more vengeful. Like good swordbrothers, his men followed his example, growing further and further from the men they once were. Only Lekszi, ever the pragmatist, managed to keep his head, and even he was driven by his thirst and his grief. Eventually, the Cumans moved on to mountain passes less plagued by enemies and more reliable of weather, and the Nosferatu Varganyi were able to return to their ruined land. With nothing left to them but thoughts of revenge and wrath, they laid traps should the enemy return, worked at becoming more proficient in their undead gifts, and nursed their hatred of outsiders.

Unfortunately for them, and those who would become their victims, those outsiders were not Cumans. Instead, they were a coalition of Saxon warriors drawn from amongst the bürgers of Kronstadt, men-at-arms of the count of Reps, and serving brothers of the Teutonic Order. Incensed by the sight of a foreign banner, and one bearing a cross at that, flying atop the ruined wooden donjon on the motte of Bodzafordulo, Miklós set the pitiful remnants of his band upon the hapless mortals. Over the course of several nights, they abducted and murdered several of the garrison, set a plague of rats upon the stores, and quickly had the rest of the soldiers jumping in terror at the shadows. The Nosferatu could not know, however, that the interlopers were backed by a young, but potent, coterie of Cainites.

Seeing these new enemies survey the entrance of the pass, and encounter the impaled sergeant they had left as a warning, the Nosferatu Varganyi were at first hesitant to attack the greater numbers of the Ashen Band. Later that night, however, the enemy coterie arrived to recover the body, less two Cainites. Now looking at even odds, Miklós ordered his warriors to the attack. Once again, the fight was vicious, but this time, ruled by the urgings of their Beasts and incautious with impatience, the Nosferatu largely abandoned tactics and opted to simply come at the enemy from all directions.

Once more they lost, but this time, the hatred of Miklós Varganyi perished with him. Only Lekszi, a prisoner-at-liberty of the Ashen Band, remains to watch over the future of the clan. He made a deal with Prince Wiprecht of Szentgyörgy to see that Kázmér, the last remaining Varganyi heir, is raised with a proper education and that the remnants of the clan are brought together so that they might reclaim Bodzaforduló in time. He then set his mind to work with the Ashen Band to set the mystical chaos of the Pass to rights, but in truth he looks forward only to the moment when he might meet the dawn.

The past cannot be won back, but there is hope yet for the clan of the Varganyi. They might be beaten and broken, past glories set to be forgotten, but they can still come back from the brink to which Miklós’ pride led them. Under the wing of Prince Wiprecht, it is likely that Kázmér will be given a knightly education in addition to learning the responsibilities of a Szekler főnök , and it is equally probable that the settlement will become neutral ground between Wiprecht’s Brotherhood of the Black Stallion and Hyacinta’s Brood. If sane and sensible heads prevail, the lonely fort on the Bodzo could prosper once more.

Lineage: Childe of Hyacinta, the Hag Princess, childe of Gutka, the Salt Queen, childe of Baba Yaga, the Iron Hag, childe of Nosferatu. Miklós was of the 7th generation. 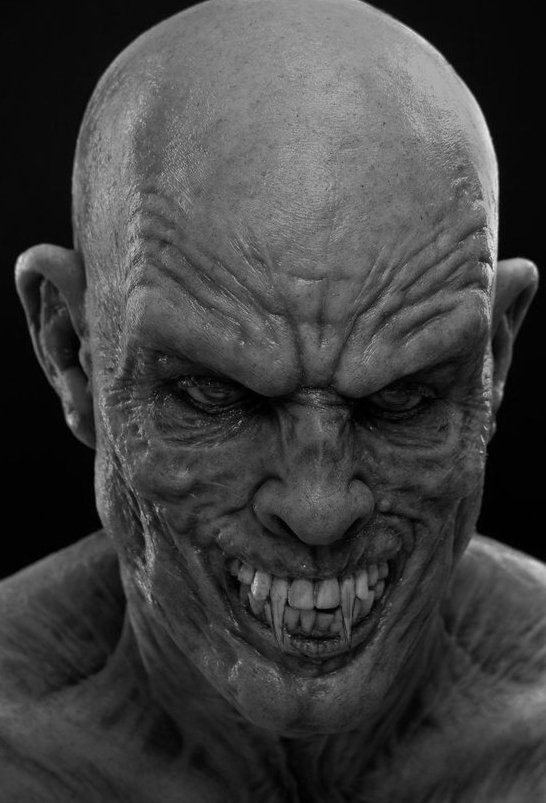