The 'Nameless Fool", as he chose to introduce himself to Veceslav Basarab, is an enigmatic koldun and scholar of the Tzimisce. No friend to the Obertus, the elder assisted the enemy in destroying the Monastery of St. John Studius. He is at large.

This Tzimisce is secretive in the extreme, and apparently modifies his appearance every week or two to throw potential enemies off his trail. When he first appeared to Veceslav Basarab in June of 1203, he chose to present himself as a youth with a sardonic smile, long brown hair, a thin moustache and fine bones. Months later he reappeared as an older man with a husky build, a receding hairline, a generous moustache and a slight paunch. Whatever his form, his grey eyes are old, wise and often cruelly amused. His mode of dress changed with each disguise too, and he did not appear to display any weapons on his person. 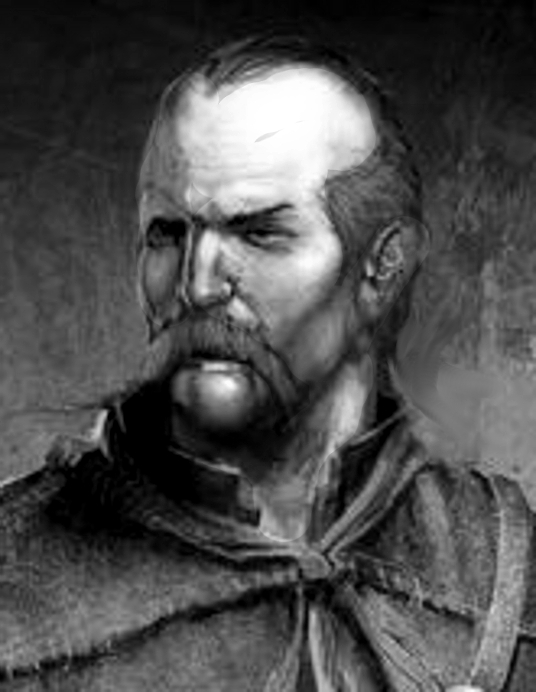 The fool’s second choice of appearance, in February of 1204.

A koldun who introduced himself to Veceslav shortly after the 4th Crusade took the city of Chrysopolis, also known as Scutari. When pressed for his name, this Tzimisce chose to call himself “Innominatam Stulto” (roughly, the Nameless Fool) or “Asinus” (Fool) rather than provide one, commenting sardonically that his true name was his alone to know, so one false name is as good as the next. And besides, he remarked, “the fates make fools of us all, sooner or later. Attaching one’s name to great deeds and bloodlines is pointless, for all comes to ruin. Entropy is the true nature of existence.”

Whoever he truly is, the koldun appears to be an elder, judging by an offhand comment of having witnessed the Dracon’s trail of destruction “on his last visit to our Carpathian home” (after the disastrous Embrace of Gesu in AD 701). He also revealed that unbeknownst to the majority of their clan, he was aware that at one point only Yorak and the Eldest itself rivalled the Dracon for might in the arts of koldunic sorcery. The Fool had good reason to believe that a partial tome that he studied long ago might have been penned by the Dracon (before his self-imposed prohibition on its use), and that further secrets of his lost mastery might lie within the Library of the Forgotten.

Unfortunately, the Fool did not have permission to enter the Monastery of St. John Studius, much less gain permission to peruse the closed stacks of the library. However, as Veceslav Basarab was on friendly terms with the Obertus and Innominatam Stulto was not, the koldun asked if the younger Tzimisce might copy any koldunic texts that he found, and then pass them on. Obviously, the Fool was quite willing to endebt himself to Veceslav for this privilege, or else he would be quite willing to instruct him in the Spirit and Water Ways in payment.

Not wishing to insult the elder Tzimisce, Veceslav promised to give the bargain some thought, but in truth he secretly had little interest in abusing the hospitality of his hosts. Perhaps sensing his reluctance, Stulto’s parting words were “one way or the other, I will have what I want…”

Some months later, it became clear that the Fool had not been idle. Wearing a new face, he had allied himself not just with Sir Felix’ faction, but the Serene Brotherhood of Venice as well. Although he claimed to feel no enmity towards his Tzimisce cousin, it was quite clear that he saw through Veceslav’s intrigues and that he no longer entertained thoughts of gaining the Dracon’s knowledge by fair means. He warned the knez of Tihuta once more, saying “when the blood begins to flow, you would be wise to avoid that monastery.”

Despite his flippant moniker, it would appear that the Nameless Fool was no one to be trifled with.

During the Great Sack, he was among those vampires who attacked the Monastery of St. John Studius in order to loot the library and destroy the Gesudians. He was present for the attack on the Saint of the Divinity Within, but he quickly saw the writing on the wall and slipped away with a small stack of books as soon as the tide turned on his allies of convenience.

If he survived the collapse of the tunnels beneath the monastery, it is likely that he changed his face yet again to blend in once more. To Veceslav he displayed no intention of leaving the Queen of Cities, so it is quite possible that he remains there still, manipulating others to improve his standing within the new order that is the Latin Empire.

Embrace: The Fool told Veceslav that he had been active for centuries, and reliably recounted events from the first years of the 8th century. That made him at least 500 years old when the city of Constantinople fell to the crusaders.

Lineage: Innominatam Stulto gave no lineage other than their common clan to Veceslav Basarab and the other authorities of the Cainite Crusade. As it was clear that he was an elder, it is likely that he is at least of the 8th generation or stronger. 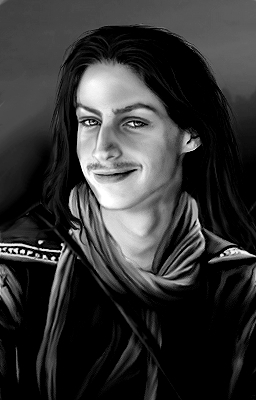