A famed patron of the arts more comfortable among mortals than his fellow Cainites.

A slender, fashionable Syrian man in his prime, sporting an immaculately styled light beard and moustache, a pair of golden ear rings, a turban of green silk and didashah of linen. His ready smile is bright and toothy and his fingers, bedecked in silver, gold and brass rings, are unusually long and dextrous.

Nasawi, childe of Hamad, is a true rarity among the children of Caine — he is a quiet, affable creature with no apparent designs beyond his reputation as an esteemed patron of the arts and his desire to exist in comfort, surrounded by beautiful things and beautiful people. For the entire length of his many years as a vampire, he has steadfastly refused the intrigues of his fellows, decrying such activities as not just devoid of responsibility, but also common sense. And Nasawi has had many opportunities to make such objections, for since the middle of the 11th century, he has travelled the length and breadth of the middle east as well as many points along the Mediterranean coast. Curiously, his honesty and refusal to engage in the petty games of the Children of Caine has garnered him a certain degree of status, predicated solely on his ability to present himself as a neutral observer.

He is a descendant of the Ray’een al-Fen elder known as Dajib the Generous, who has been a fixture of the Cainit* court of Homs since the Emesene period. Prior to the Muslim conquest, Dajib was known as Dajiburis the Palmyrene. Along with his sire, whose original name has been lost to the obscuration of history, Dajib has sought to manipulate the fortunes of the Levant for many centuries, ostensibly with an eye towards creating a peaceful land where trade, and thus art and culture, might prosper. This goal has been less than successful, but not so Dajib’s descendants, most of whom appear to be conspicuously wealthy as well as socially responsible in accordance with the tenets of the Tariq el-Umma. Nasawi believes in those ideals, and despite being far from potent in the Blood he has long sought, in his own humble manner, to promote them.

For decades prior to the launch of the 1st Crusade Nasawi took it upon himself to travel the Cainite demesnes of Italy and the Byzantine empire, hoping to find common ground with those people that he saw as the most civilised of the Westerners. He chose to do this by demonstrating symmetry and complementarity between the artistic styles of these foreign cultures and that of his own, as well as emphasising the great beauty that all could find in appreciating the other. It was his hope that this sharing of ideals would open minds and win hearts, bringing the truth of the eastern notion of the People of the Book to those who had long seen Islamic civilisation as a threat. He engaged in no politics or plots, seeking instead a humble cultural exchange — a course which lies at the root of his unusual reputation, and has allowed him to reputedly maintain ties across religion and geography that would make the canniest Lasombra tremble with excitement.

Alas, throughout much of the 12th century, Nasawi has seen his hopes dashed time and time again. By 1160, he came to crave only simple comforts and pleasures rather than hopeful exchange. This is a course of action that he maintains to this night. The respected ancilla has always flirted with residence in Jerusalem, and he has maintained houses in the city for much of his existence. His station allowed him to visit frequently during the Christian occupation of the Kingdom of Jerusalem, and he established a more permanent residence after the Muslim reconquest of 1187. Nasawi resides there still, hoping to live in peace and with a minimum of disruption. He craves only the company of innovative, lively, and artistic mortals as well as the love and unity of his small brood of progeny, all of whom he has sought to create with his own values in mind. The two most well known of his childer, Duyal al-Malatya and Zaina Nasawi, have long echoed his sentiments with regards to the Ashirra community of Al Quds. Alas, this attitude appears to have changed of late.

A great disruption indeed troubled the honourable Nasawi after the last months of AD 1204. An uncharacteristically acerbic argument with his childe, Duyal, erupted after Nasawi returned home after a 3 year absence seeing to his interests abroad. It is generally unknown what the conflict entailed, but it was clearly a bitter quarrel, for the younger Ray’een al-Fen packed his belongings, departed the city immediately thereafter and has not returned. In the months since, Nasawi eagerly awaited the return of his daughter-in-blood, Zaina, and was unusually withdrawn in public. When she too returned, they also quarrelled over a private matter and did not speak to each for several years after. At least in public they now seem fully reconciled.

Nasawi sees himself as the soul of common sense, and he has often denounced divisive and underhanded Cainite activities in the recent past of Jerusalem. More than once, he has made the exasperated plea that a city of Cainites, united under a common purpose, can (and has) changed the course of history for the betterment of all. Why then, do those who have eternity waste it on unworthy goals? He appears to be particularly disgusted with the notion of muddying the simple pleasures of co-worship, and has distanced himself from both Azif and Mahmud ibn Suleiman since their politicking has driven a wedge into the Ashirra community of the city. Both factions court him for his reputation and, as always, he takes increasing solace among his stable of artists and free thinkers, avoiding his own kind like the plague… 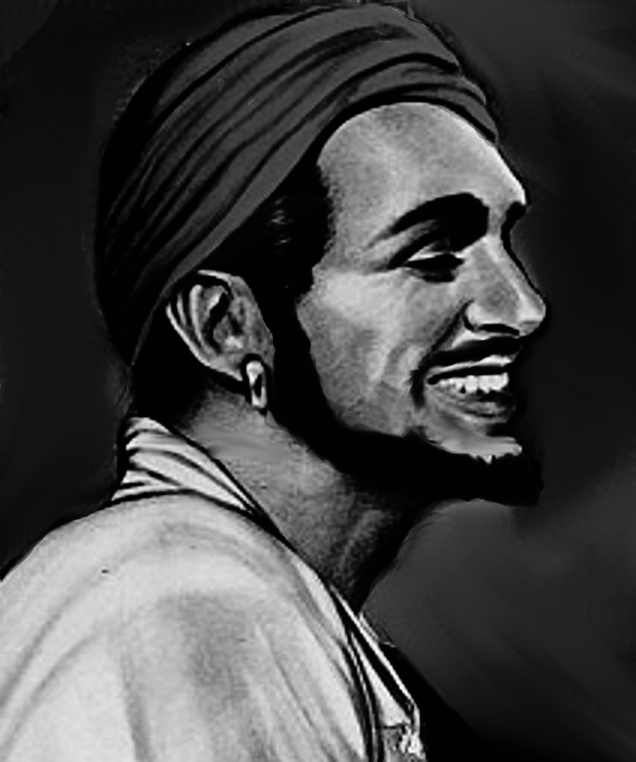