A deeply cautious, even paranoid noble of Navarre and Toulouse. He is a deeply pious man, on a personal crusade to root out evidence of the Cainite Heresy.

A vigourous, slender man in his middle years, with a good deal of grey creeping into his light beard and his full head of black hair. Possessed of a certain elan, he wears the fine clothes of a wealthy noble and he also wears a ruby ring in addition to a plain golden wedding band. A brooch bearing the motif of a sword fastens his cloak. The most notable thing about the man is his intense, piercing dark eyes that seem to burn in the middle of his fine Iberian features.

(Expanded from the character as presented in Bitter Crusade, pp. 97-98).

At Venice in AD 1202, Rodrigue de Navarre was briefly encountered by several members of the Concord during their investigation into the murder of the Ventrue diplomat Sir Roland. In conference with the local Nosferatu Nicolo, they learned that a mortal was seen skulking around the site of his murder, a warehouse owned by the Mouzakios family, who were servants of the Byzantine Gangrel known as Anna Sgorina. Armed with this knowledge, the Concord were able to track the man’s movements and they soon discovered his accommodations at a boarding house not far from St. Mark’s Square. They staked out the building and discovered a little of he and fellows. From their observations, Rodrigue de Naverre was found to be a quiet, careful fellow who was accompanied by a Norman knight named Jean de Chenevière and a somewhat portly fellow called Aignen le Libraire. Curiously, all three bore a brooch with the motif of a sword worked into it. The three of them made their way about the city by night, seeking for the most part to gain ingress to the Monastery of St. Panteleimon, which the Concord suspected to be a secret stronghold of the Cainite Heresy. In tailing the youthful Sir Jean, Bernhard noted that the man carried several wooden stakes in a hidden pocket inside his cloak. Obviously, Rodrigue and his friends were witch-hunters.

Rather than confront the men directly to learn what they knew of Roland’s murder, the Concord elected to use the more subtle tactic of sending Laszlo, Marius, and Gabriel to make overtures in their stead. The three mortals made themselves out to be a Hungarian nobleman and his manservants; pilgrims who had taken the cross for the Baron’s Crusade but they now worried that there were “unclean” forces active in the gathering armies. To cement their story, they revealed that they too had been watchful at night, that they had observed Rodrigue leave the warehouse, and afterwards had seen the body of Sir Roland themselves. Suspicious of their story at first, the Navarrese nobleman was cajoled into cooperating by his more amiable companions, both of whom appeared to be convinced of the sincerity of Laszlo and his “servants.”

Mollified, he began to share. The retainers of the Concord learned that Rodrigue had come into possession of a fragment of the Book of the Shining Blood, a heretical text extolling that Jesus was the Second Coming of Caine and that a Third Coming would appear in AD 1206 to bring about the End Times. Furthermore, he and his companions had tracked the heresy to Venice, to the Monastery of St. Panteleimon. His happening upon the scene of Roland’s murder was by pure chance, for he heard the attack take place when passing the Mouzakios warehouse after a fruitless night watching the monastery. Investigating the commotion, he saw Sir Roland expire at the hands of a shadowy attacker whom he described as “a young, bald Saracen armed with a curved sword.”

When the attacker left the scene, Rodrigue investigated more closely and discovered that the the murdered man was not human; he saw the fangs, watched the blood seeping from the wounds turn to black dust, and saw the victim decay before his very eyes. When he grabbed Roland’s hand, two fingers broke off and he carried them away. For effect, Rodrigue then promised to show the (plausibly horrified) Laszlo, Marius, and Gabriel the atrophied digits for evidence. He then asked them for their assistance, for he wished to build a network of hunters to combat the evils of this “Heresy of Caine” and he needed good and pious men. The quick thinking trio agreed, and they promised to meet Rodrigue, Aignen, and Jean to stake out the monastery later that night.

At the appointed time, the Concord contrived to steal Rodrigue’s evidence while their mortal followers made themselves scarce. Maude used her rituals to make her way into their rooms at the boarding house, located the fingers of Roland du Rochere in his belongings, and spirited them away. Together with the failure of Laszlo, Marius, and Gabriel to appear at the Monastery of St. Panteleimon, when Navarre and his friends discovered the theft, they were struck by alarm and paranoia. They fled the city that very night, and none of the Concord nor their agents has encountered them in the many years since. 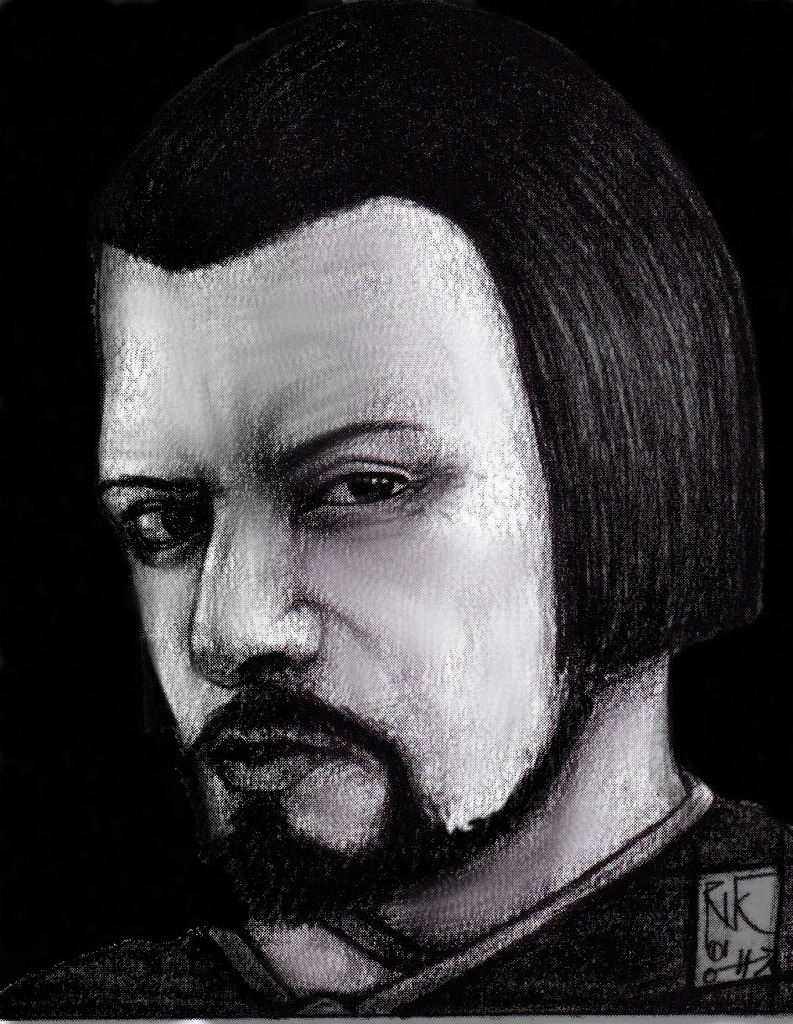