A quiet, melancholic Brujah, once resident of the Latin Quarter of Constantinople. She survived the Great Sack, and eventually returned to her native Catalonia.

A beautiful woman dressed in fashions reminiscent of the far western land of Iberia. Her brown hair, worn in simple style, is very long and her dark eyes hold a certain melancholic pride. She is fine-featured, with high cheek bones and a strong jaw, and she retains the dusky hue of her people. A pall of sadness hangs over her.

For several decades this Brujah ancilla was a low-key resident of the Latin Quarter of Constantinople, where she dwelt in the basement of a flophouse among the Amalfitan people. A frequent guest at the less lethal and debauched Blood Feasts of Alfonzo, Nerea did not engage in any intrigues, either for or against the Lasombra bishop. Indeed, she did not appear to be interested in amassing power or station beyond simple feeding rights in her neighbourhood. Her reputation was that of a maudlin, penitent creature, who wanted for nothing but atonement.

Several years after her Embrace at the fangs of her lover Gusman Bravo, a noted ancilla of Catalonia, she slew him in a fit of jealous anger. Nerea then fled Barcelona under sentence of Blood Hunt and wandered the world for some twenty years before finding haven in the Amalfitan Quarter around 1190. While not considered to be an important Cainite by any measure, Nerea gained recognition among the Latin vampires for her keen observations and quiet, contemplative dignity. Alfredo d’Atrano, the nominal master of the Amalfitan Quarter, particularly valued her opinion, and he often sought her out.

Lotario Acuto was well-acquainted with her, and he noted that unlike the other Latins, she watched the decline of Byzantium with sadness, and heard her to say more than once that “the world of the Children of Caine is coming to an end.” Despite her melancholy, Nerea almost appeared to be wistful at the prospect, and Lotario speculated that she had a death wish.

When the walls fell and the Great Sack began, she was one of many Cainites of the Latin Quarter who sheltered in the palace of Bishop Alfonzo where she participated in his celebratory Blood Feast on the first night. However, she was seen leaving the building as the violence and looting intensified on the second night, tracks of bloody tears streaking her face as she walked towards the worst of the devastation. Whatever occurred to her in the space of those horrid nights is unknown, but she seemed to rediscover her will to continue on.

In the wake of the sack, like many others Nerea made her way to the refugee camp outside of Adrianople. There she languished for several months before she was recruited into the army of Hugh de Clairvaux, a lordly Ventrue Templar who hoped to pick up the remnants of the disgraced Fourth Crusade and move them on to the Holy Land. Although Nerea was not fighter, she embraced the training provided by Hugh’s Templars with great dedication. Unfortunately, he was assassinated by Assamites in August of 1204, which precipitating a great outpouring of paranoia-fuelled aggression among the assembled Cainites and kine of his army. Surviving that bloodshed too, Nerea vowed that she would not return to the pathetic existence of a refugee, and she instead sought a means to make her way in the ravaged Queen of Cities once more.

Over the years to come, Nerea and Lotario increasingly fell into each other’s orbit and they became friends. Indeed, her extensive understanding of guilt and grief helped the Toreador move past his own depression at the final betrayal and departure of his own sire, Galatea. The two young vampires drew several others around them and formed a coterie predicated on rebuilding the scorched Amalfitan Quarter under Alfredo’s supervision, but they soon found that Prince Alfonzo placed tyrannical strictures on what they could and could not do. Lotario’s bitterness continued to harden his outlook, but Nerea counselled him towards optimism, and she also broached the idea that perhaps their coterie could seek new horizons in Thessalonica, or perhaps Smyrna.

She even found renewed hope of her own in the arms of a young mortal scholar named Boris of Halych. Together they sought to find a place for him in the new order of things in the city, but when Boris was offered a position as a tutor in her native Catalonia, the Brujah decided to chance a return at his side. She was not well known as Gusman’s fledgeling before she murdered him, and she hoped that with a change of name she might be overlooked. She brought the idea up with her coterie and all save Lotario were in favour. The rest of them made their preparations, and she promised to stay in touch with the Toreador. When they boarded a ship for Barcelona, she told Lotario that when he composed his letters, he should address them to her under the name of Andrea.

Lineage: Childe of Gusman Bravo (d), childe of Inigo Guitierrez (d?); further lineage is unknown but she placed herself among the 10th generation. 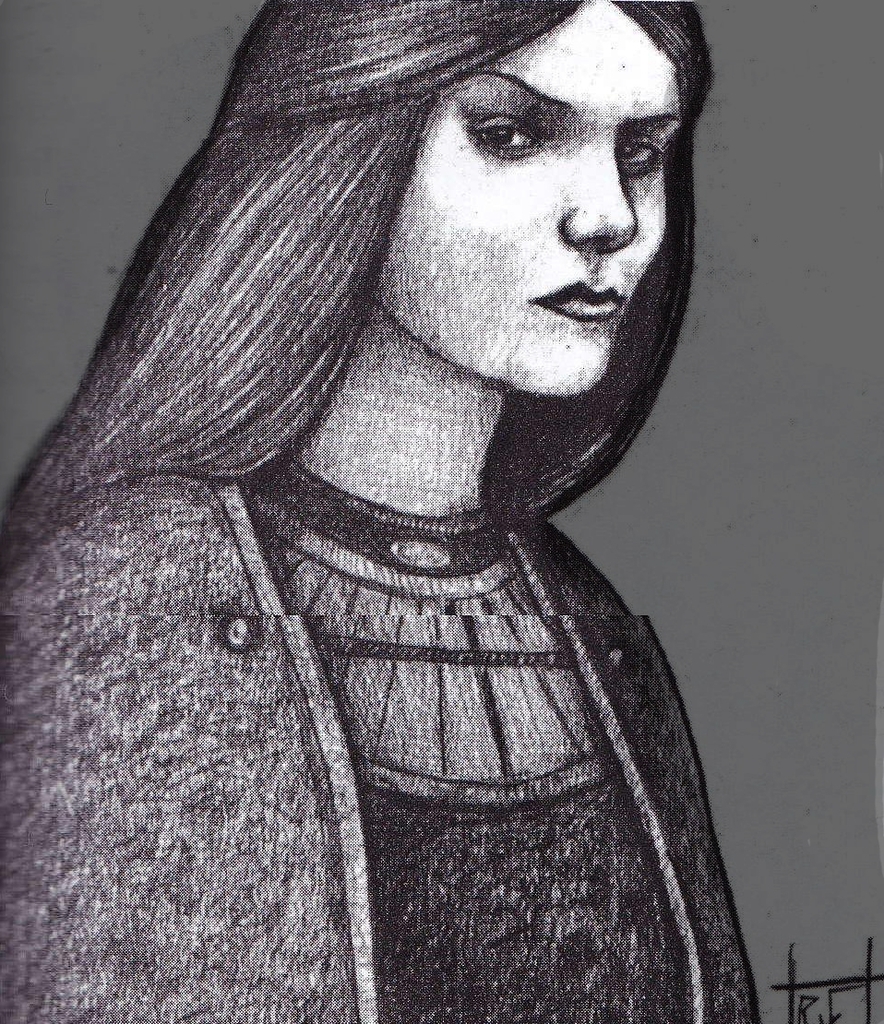