Known as the Corruptor of Legions, this warlord rules the night over much of Moldavia. He is a true Fiend, responsible for the Embrace of dozens of bloodthirsty, power hungry monsters.

A study in barbarian majesty, this tall, muscular man wears a wolf-fur cloak and dated finery over a long mail hauberk. A broad, long sword his belted at his side and he carries a long spear ornately carved with runes and stained with blood. He has long dark hair, jet black eyes, an elegant nose, a cruel mouth and high cheekbones. His form is that of a man, but there can be no doubt that a monster stands before you.

(Of all the Concord, only Sister Maude is familiar with the appearance of Noriz. When the two of them were stealing through the Corruptor’s lands on their way to Kiev, Durga Syn once conjured an image of the voivode when discussing the depths of absolute malignancy that the Children of Caine can embody).

A powerful and notorious voivode whose vast territory expands from the eastern slopes of the Carpathians to the Pontic Steppe and the shores of the Black Sea. From a stronghold built on ancient Dacian foundations overlooking the small settlement of Piatra, which was once known in antiquity as Petrodava, his demesnes stretch eastwards to the market town of Jassy (Iași) and beyond to the forests and steppes halfway to the Dneiper, then south to the pirate haven of Odz east of the marshy estuary where the Dniester River meets the Black Sea. Ultimately, his dominion east of the mountains is roughly equal to the size of Transylvania, and scores of knezi answer to him. Through his many ravenous, blood bound childer, he claims various demesnes throughout the heart of his territory, which has come to be known as Moldavia, and many of the mortal Cuman, Jassic, Vlach, and Brodnik chieftains owe him their allegiance. The rest are simply so terrified of him that they provide ample, frequent tribute to allay his wrath. His territory would be considerably larger but for his propensity to agitate and fight on many fronts at the same time, which means he rarely has the opportunity to concentrate his devastating forces.

Among the Tzimisce, Noriz is notorious for Embracing dozens of childer and setting them loose to sow discord in the territories of his neighbours. Eastern Transylvania is constantly probed by his legions, and not a few of the knezi immediately west of the Carpathians are his dubiously loyal childer and agents. Many of the Tzimisce active in Bulgaria are also his descendants, and the acrimony that they cause in Cainite circles also earned the enmity of the Obertus of Byzantium (which was the reason that Gabor fled to them when he was deposed). He covets the position of Voivode among Voivodes, currently held by Vladimir Rustovitch, and his probes west are thought to be the first steps in a long campaign to claim the title for himself.

It is believed that in life Noriz was a Hun, or perhaps of the Alan or Bastarnae tribes. He was Embraced by Djavakhi, an obscure far eastern methuselah, but is most known for his long service and eventual betrayal of Demenaus, a Dacian charged by his own sire, Ionache, with slowing the advance of the Turkic tribes and their Gangrel masters into the Pannonian basin. Noriz gained a reputation for brutality beyond the scope of even the Tzimisce, and developed a penchant for engaging in ritual combat with his vanquished Gangrel enemies. The Heart’s Blood was always the prize, and legend has it that the veins of diablerie are so thick in the Corruptor’s aura that no other shade can be discerned. So mighty did he become, and so terrible did his reputation grow, that he is accorded considerable clan prestige for causing such exhaustion and horror to the Animals that when many of the Gangrel managed to make it into Transylvania, they chose to bind themselves to the Tzimisce lords there rather than face further persecution. Noriz also aided Demenaus in directing the Bulgars south into Byzantine territory rather than west into the lands of Ionache’s Voivodate.

Having secured his domain in the early 10th century, Noriz finally turned his efforts towards extending his power west of the Carpathians. The rest of the Tzimisce within Transylvania keep a cautious eye on the eastern and northern passes, worried that the Corruptor and his minions will soon launch their campaign for mastery of the Old Country.

Gabor, former Voivode of Sredetz, fears and despises Noriz like no other. The Bulgar has said that Evolution is Noriz’ religion, but he is too crude to truly grasp Metamorphosis. He throws his progeny to the wolves so that the weak will perish and the strong will survive by consuming the souls of their elders. Noriz has no respect for tradition, wisdom, knowledge or lineage, only strength and treachery. He proved this when he diablerised Demenaus in AD 981. It is obvious that this is the reason behind their enmity, as Gabor speaks of his own sire with great reverence. The Bulgar subscribes to the belief that Noriz will not rest until he has stolen the Heart’s Blood of the Eldest, or even Caine himself. In the early part of the 12th century, the Corruptor’s strategies caused serious disruption to the domain of the methuselah Voivode among Voivodes, Ionache and indeed it is unlikely that the Siebenburgen could have been established if not for his interference. Ionache disappeared around AD 1150, and Noriz’ agents in Transylvania appear to have exhausted their leads on the First Voivode’s location. Now Noriz’ attentions and scouts have turned to the Cathedral of Flesh in hopes of a new target.

With Ionache gone his temporal title is currently in the hands of Vladimir Rustovitch, but that elder’s position is far from secure. Indeed many also call Yorak, the spiritual leader of the Metamorphist faction and Master of the Cathedral, the Voivode among Voivodes as a measure of respect and to provide an unimpeachable and unfailing symbol of clan unity. If Noriz can take his soul, only the Eldest will stand between Noriz and total dominion over the Tzimisce, and the Antedlivuian is believed to also sleep away the ages. Gabor fears this more than anything, and believed that the rest of the clan should throw their support behind any Tzimisce with a chance of stopping this threat.

Curiously, while Noriz concentrates on displacing Rustovitch from afar, his two most immediate rivals are far more vexing and pressing. First and foremost is his own progeny, Voivode Koban of Vranca, who has broken with Noriz and now strives against his sire from the Corruptor’s southern border. While individually far weaker than Noriz, Koban’s command of koldunic sorcery makes him a powerful adversary. Secondly, the talented young Voivode Mircea Dzardescu of Suceava has managed to halt the advance of Noriz’ legions into the Principality of Halych and through the Tihuta Pass into northern Transylvania. Dzardescu’s defence of his lands has been desperate but effective, successful at least in part due to his willingness to recognise the demesnes of Low Clan allies among the Gangrel and Nosferatu.

Lineage: Most Tzimisce understand that Noriz hails from an obscure, exotic eastern bloodline but know little more. Those with an interest in clan genealogy know him to be the childe of one Djavakhi, but know little else of his past before entering the service of Demenaus, and nothing at all of his bloodline. 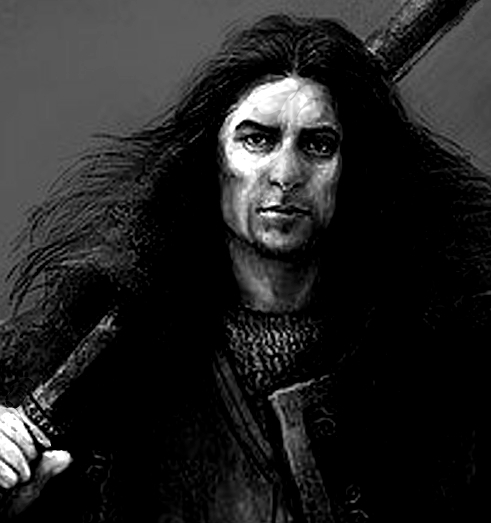