The harried and unappreciated progeny of the overbearing and domineering Magnus, this elder never quite grew into his power despite his many centuries of existence. He was slain during the Great Sack of 1204, possibly at the hands of Mary the Black.

A pale, middle-aged man dressed in the simple robes of a monk, his hair and beard were worn long in the Orthodox fashion. Judging by the permanent squint to his eyes and the ink stains on his fingers he is a scholar. His dark, squinting, sad eyes seemed to dart around constantly, and there was a strange disquiet to them that lent him a certain presence.

(Expanded from the character as presented in Constantinople by Night, p. 98, Bitter Crusade, and Dark Ages Clan Novel Nosferatu).

Embraced only a handful of years after Sarah the Chaste, Peter came across more as an awkward and bumbling neonate rather than the 800 year old elder that he was. Magnus chose him for his erudition and what appeared to be a well-rounded exploration of theological interest, but the truth was that Peter was simply never able to really make up his mind regarding what he believed. It is said that Magnus always regretted his decision and sought several times to replace Peter the Humble with more capable candidates, but something always got in the way. While Sarah prospered through taking on additional duties in the 11th and 12th centuries, her brother-in-blood still stumbled through the years, starting and then abandoning projects under the disapproving, domineering eye of their sire. Indeed for all his years Peter was a faithful, if somewhat incompetent, assistant to Magnus in the administration of the Orthodox ecclesiastical orders but despite his mimicry of his sire’s stern and autocratic demeanour, he was rarely accorded the respect and honour due to one of his age and station, and then only when someone wanted something from him.

In AD 1196, Peter did not attend the Antonian blood feast in honour of the formative Concord, but Iulia sought him out anyway in the interests of connecting with another distant cousin-in-blood. On making his acquaintance, she reported that he was a less than impressive specimen of Clan Lasombra, being rather egotistical but easily placated and eager for acceptance. She pointed him out to the rest of the coterie well after the events surrounding the investigation into the murders of Adrianna and Juliano, and once again when the coterie became embroiled in the events surrounding the hostilities between the Queen of Cities and the Fourth Crusade.

By that time, Magnus had once more lost patience with Peter, casting him out of the family in favour of Libanius, a charismatic follower of the Cult of the Archangel. This time around it was Iulia who was approached on the basis of their distant kinship, and she told the others that she found him much changed without the tyrannical oversight of his sire. Indeed, Peter was very different, for he appeared to have finally found himself a purpose. Whatever his mission was, the elder was secretive in the extreme, telling Iulia confidently and confidentially that a new order was coming with the rise of the Patriarch, and that friends of Peter the Humble would be rewarded for their faith in he and in Archangel Michael.

Whatever secret purpose he was about remained unknown to Iulia, but she did know that Peter had unfettered access to the torpid form of the Patriarch. This was confirmed again during the Great Sack, when the Concord made their way to Michael’s enormous haven, deep under the Hagia Sophia. There, before the dais on which stood the sarcophagus of the Patriarch. they encountered Mary the Black, maddened, enraged and confused by her diablerie of the ancient Toreador. They fought the frighteningly potent Baali and survived only when she fled the conflict in her disorientation.

In her wake, the blood-caked, ash-strewn robes of Peter the Humble were found before the dais. Years later, the rumour would surface that the outcast priest had actually led the Baali to the resting place of the Patriarch, but if anyone knows the truth of it, they have yet to confirm the tale. 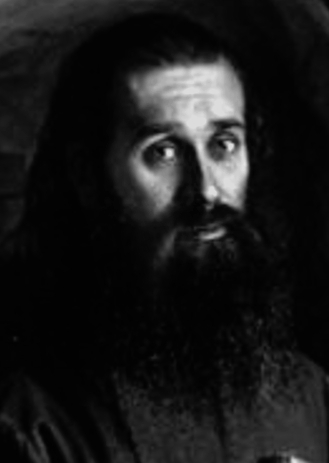