A vampire hunter trained by the late archdeacon of Kronstadt, Peter the Scribe fled the city before the Ashen Band could apprehend him. His current whereabouts are unknown.

In 1214, Peter was a typical young man of the Siebenburgen, clad in the robes common to professional scholars. He was perhaps a little on the slender side, but he was obviously fit, fleet of foot, and quite deft. The first whiskers of a rather delicate beard were beginning to sprout on his youthful face. He appeared to be unarmed except for a small quill sharpening knife.

As the army of the Burzenland made camp on its way through the Bran Pass in 1214, the Ventrue Ulrich arose for the evening and made his way through the camp in search of blood. He espied a young man, an apprentice tailor and member of the militia, whom he knew to be suitable for his tastes according to his researches. As the hours lengthened, Ulrich waited patiently for the youth to over-indulge in wine and grow tired from the labours of the march, and then he followed the man to his tent. Listening for the even breathing of sleep, the vampire crept into the man’s tent and bent over him to take his fill, only to have pain blossom in his chest and a heavy paralysis settle over his limbs. He had been staked!

The careful Ventrue’s hunt had been spoiled by Valentinus, a trained vampire hunter who had just bagged his first monster. The clever fellow had evidently been taught to behave in a manner that would attract the undead, making himself the target so that he could become the hunter. Luckily for Ulrich, the secrecy of the Children of Caine worked in his favour, for Valentinus’ education had not been so complete as it might have been otherwise. In the belief that he had slain the vampire, the young tailor ran to fetch his master, who was revealed to be none other than Simon von Nijmegen, the Archdeacon of Kronstadt. If it was not for the curiosity and intervention of Sága, the Ventrue would have perished, but instead he was spirited away by the Nosferatu before Valentinus, Simon, and other hunters could arrive.

The incident landed Ulrich in very hot water with Lord Jürgen for his breach of the SIlence of the Blood, but it was agreed that he would be forgiven so long as he and his fellows in the Ashen Band “dealt with the hunter infestation” in Kronstadt. Upon their return to the city, the Band initiated a discrete investigation into Valentinus and the archdeacon, only to find that Simon had launched one of his own into “the vampire of Kronstadt.” They discovered that Valentinus was but one of three young hunters who had been raised in the orphanage sponsored by Simon, and that the archdeacon had bundled the tailor out of the city to safety. The other two, Peter the Scribe and Hans the Smith, were followed very carefully indeed by Sága, and they led the Ashen Band to a much larger problem. Archdeacon Simon and his man, Brandt von Bremen were training the entire orphanage to follow in the footsteps of Valentinus, Peter, and Hans! The text for the apprentice hunters was a pamphlet written by a veteran of their trade by the name of Karl Schrekt.

In addition to his studies at the orphanage, Peter earned a modest living as a scribe and a tutor to the children of the more well-heeled families of the Burzenland. As such, he had a measure of access to the high society of the land, including access to their very homes. This made him an unacceptable risk to the Cainites of Kronstadt.

In the wake of the assassination of their leader, the conspiracy of hunters swiftly seemed to melt away. Brandt, Hans, and Peter joined Valentinus in exile, leaving only the aged Father Samuel as a mentor to the boys and girls who sought to become hunters. Each of them, in turn, were gradually waylaid and Dominated by knights of the Black Cross to reduce the threat further.

Over the years that have followed, nothing further has been seen of Peter, Valentinus, or Hans. 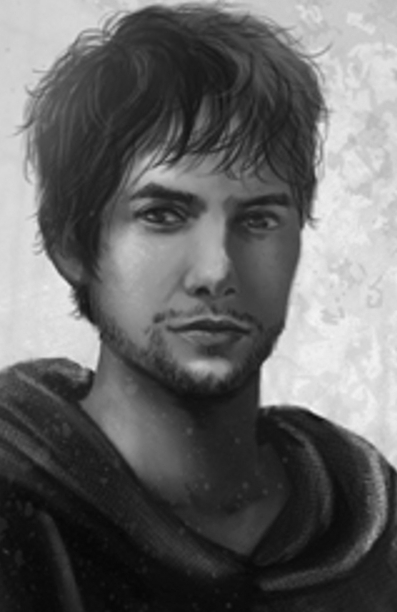