An aggressive ancilla of the Gangrel clan. He is a pack leader in his own right, allied to the more powerful elder known as Morrow the Sage.

A hulking monster, some six-and-a-half feet tall and almost naked, but for the remnants of a pair of homespun trousers. He is covered with patches of short, bristly hair from head to toe, and a patchwork of scars can be seen here and there, poorly disguised by his hirsuteness. His brawny, huge physique is rendered even more fearsome by the glowing, angry red eyes and the maw of fangs and tusks that lend him a boar-like aspect. A horrid, faded scar runs from his left forehead, across his eye, and terminates near his mouth, making him seem to perpetually scowl.

In AD 1211, the vicious Gangrel known as Radim travelled to the city of Magdeburg with his allies Morrow the Sage and Toma. There they made plain their scorn for the ambitions of Lord Jürgen von Verden to establish a substantial domain in the Burzenland, which lies in the heart of the demesnes of the Tzimisce. Radim showed himself to be a brute, altogether in line with the stereotype in which many of the High Clans of Europe hold the Gangrel. Nevertheless, it is obvious that Radim would be a fearsome foe.

Some refer to Radim as the Boar of Brandenburg, on account of his features and angry temperament, but a few also call him the Boor of Brandenburg, for his ugly appearance and rude manners. The moniker was first coined as an insult by the Toreador wit known as Adelbrand who, until his Final Death at the claws of the furious Radim, was a noted ally of the Ventrue elder Ilse Reinegger. Adelbrand, a fearless and skilled knight, called the Gangrel the boor of Brandenburg, attempting to goad him into a fight for his brutish and bullying ways, but it would appear that Radim had the last laugh in the matter. Out of respect for his victory (and his temper) the insult has come to be interpreted differently by the vampires of the Low Clans, for a boar is a proud and fearless foe. The Cainites of the High Clans still use the term boor, although few would have the courage to do so within the mighty warrior’s earshot.

Despite his feared reputation, Svenin the Tall mistook the older Gangrel for the mighty elder known as Agvus, who was the childe and companion of the great Matasuntha the Tigress, who led the Cainite hordes that accompanied the Huns, the Goths, and the Vandals against Rome. When he ventured into the woods east of the Elbe to sound out the intentions of his clanmates, his error incensed Radim, who took the opportunity to pick a fight with the larger viking. In a display of wrestling, Svenin found himself over-matched by Radim, but his good humour and recognition of the older Gangrel’s dominance softened the attitude of Morrow’s pack. They accepted him as a clansman in good standing, and treated with him respectfully from that point on.

Like each of his companions who disrupted the ceremony at Magdeburg, Radim is the master of his own pack. He was also among the first to agree to Morrow’s vision of the clan forming a rude defensive alliance. Like Toma, Radim clearly sees Morrow as his pack superior, in deference to her wisdom, but it is also likely that the sage has bested the brutish Boar of Brandenburg in a physical contest. This would be no mean feat for Morrow to accomplish, for Radm boasts of having taken the life of not just the formidable Adelbrand, but also many Bohemian Ventrue and not a few arrogant Tzimisce and Nosferatu that failed to respect his territory. He has also slain in personal combat no fewer than four of the “shadow wolves” that haunt Eastern Bohemia and even bested (but did not manage to slay) an especially fierce, great grey Lupine in the forests east of the Elbe.

In the years since the Magdeburg Affair, Svenin made a number of enquiries at Transylvanian Gathers and he learned that Radim has a reputation as a sometimes foolhardy bravo who seeks out fights and challenges, constantly testing himself against whatever may come. Most of the Gangrel agreed that he was a thoroughly unpleasant character, who thinks nothing of killing when he feeds, but he shows respect for strength and loves his clan and his pack fiercely.

Embrace: At Magdeburg, Radim claimed to have seen some 270 winters in all. This would likely place his Embrace late in the 10th century.

Lineage: He is the childe of Zlata, a Bohemian elder noted for her vengeful nature, who still wanders the dark forests of eastern Brandenburg. She is the childe of Orgrosh, who was noted as a fierce opponent of the now-broken Ventrue of Bohemia in the 9th century. Orgrosh has not been seen in many years, and is thought to have either taken the Sleep of Ages or perished. He in turn was the Childe of Luernios, who was in life a powerful Averni king in the time of the Roman Republic. Luernios was slain by the Bohemian Ventrue late in the 8th century, which sparked off the feud between the Gangrel and Ventrue of that land. Radim puts himself in the 8th generation. 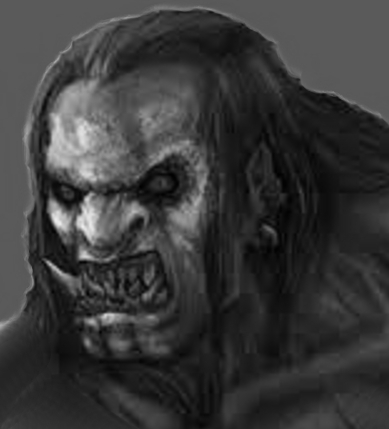