The Knezna of Câmpulung and Argeș, this potent Tzimisce once harboured ambitions to rise to the position of Voivode. Having failed, she now vacillates between melancholy and disinterest, leaving the governance of her demesnes to her progeny.

This noble lady is a paragon of exotic Vlach beauty. She has a slender build, her features are strong, her breast ample, and her hair worn long and free. The lady’s lips are full and expressive and her eyes seem to be all at once cruel yet faintly amused. She wears a dress of fine, midnight blue velvet with a plunging neckline. It is embroidered with leaping wolves. She veritably drips with gold and jewels of archaic make.

Lady Raluca has not deigned to adopt the trends of heraldry that the Eastern courts have fashionably adopted from the West, However, in her courtroom, a banner that is more totem than flag represents her symbol: a large wolf skull suspended within a silver ring, with 12 black wolf tails trailing from the bottom.

The powerful ruler of the southern domains of Câmpulung and Argeș was first encountered by the Ashen Band in the Summer of AD 1214. As Lord Jürgen’s expeditionary army traversed the Törz pass, heading south to sweep western Cumania, the Band approached the hochmeister in order to secure his endorsement as lead negotiators and diplomats. After all, a Saxon army crossing huge swathes of Cuman and Vlach territory would be difficult enough without having to fight every Tzimisce potentate along the way. And luckily for the Burzenland, a Fiend with a penchant for smooth talk already existed among the Ashen Band — Kelemen Szantovitch Gutkeled. Pleased by their initiative and the sense of the plan, Lord Jürgen agreed. The coterie of neonates would ride ahead of the army, treating with the knezna (unusually, she prefers a feminine title to the typical masculine) of Câmpulung as their first step in their diplomatic mission.

As they travelled closer to Knezna Raluca’s castle, the tale emerged of her prior dealings with at least one member of the Concord. As discussion advanced regarding her servant, the venerable ghoul known as Lord Razvan Basarab, and his troubling tendency to make decisions independent of her authority, Kelemen would reluctantly tell the others of how Veceslav Basarab, the son of Razvan, was born on her lands long ago. At the age of 14, he seemed fated for an ignominious end, sacrificed to put on a display of his older brother’s martial prowess for the benefit of Knezna Raluca. Luckily for him, the bookish boy managed to best Costin, driving his sword through his brother’s belly. This embarrassed Razvan, who had spent considerable time and expense to convince his mistress that Costin was worthy of the Embrace. He was punished with a broken jaw for wasting her time, and the knezna took Veceslav for her own instead. She would eventually have him sent to Constantinople with an eye towards giving him a Classical education in the monasteries of the Obertus Order. She wished him to become her diplomat, and planned to Embrace him upon his return.

In her prime, Lady Raluca’s reputation was formidable as a hunter of the varcolaci (werewolves), who once roamed in particularly large numbers south of the Transylvanian Alps. She was renowned among the clan for bringing other Fiends together and mounting hunting parties directed at the Lupines; armed with silver-tipped javelins and boar spears, and girded with mail incorporating silver links, her hunting parties took many grisly trophies over the decades. Her fierce and fearless demeanour was storied far and wide, and some say that it would later inspire the younger Marelle, also known as the Sculptor of Wolves, to mount similar hunts north of the mountains. However, to younger Fiends, her name is known for a different reason.

Unfortunately for the knezna, her ambition proved to be her own undoing. As her power grew to encompass the domain of Pitești in addition to Câmpulung and Argeș, and the mortal influence of her pawn, Razvan, grew along with it, Raluca began to entertain ambitions of throwing off the yolk of her feudal superior, Tabak Ruthven. In this, however, her guile was rather less than she believed. Voivode Ruthven discovered her plot, but rather than take simple vengeance, he devised a more… instructive punishment. Her talents were considerable, and useful to her master, but they were altogether too obvious. To ensure her loyalty, and to punish her for her transgressions, she was removed from her position and blood bound to Lord Tabak. Furthermore, she was slowly and painfully fleshcrafted, then forced to spend the better part of three decades as a fleshy tapestry in his court, so that she might learn the proper panache with regards to politics, intrigue, and betrayal. In her absence, rulership of the domain fell to her devoted servant, Zugol, while Conte Razvan continued to manage and grow influence and wealth on his own.

Eventually, she was released and allowed a second chance to prove her loyalty and capability. Raluca would return to her position as knez, her ambition utterly eliminated and her only thought to serve the interests of her lord. Ever since, she has performed her duties to her master meekly, ready to offer the value of her insights but without any personal designs of forging her own voivodate. Veceslav Basarab would escape her clutches through the long term of her incarceration, going on to serve Vladimir Rustovich during the formative years of that magnate’s rise to his exalted position. It is said that Rustovitch intended to Embrace Veceslav himself, but that the knave known as Gabor beat him to it. In any case, one of the few things that still inspires the ire for which Raluca was formerly known, is the mention of the name of Veceslav Basarab.

When Lady Raluca received the Ashen Band at her battered castle, it was with considerable pomp and circumstance. Her manner was imperious, and the coterie was impressed by her banner, which consisted of no fewer than 12 black wolf tails attached to a misshapen wolf skull of unusual size. Compelling evidence of her potency and werewolf hunting, even if the totem was covered in the dust of many decades. After greeting them perfunctorily, and sparing a cool, appraising stare for Kelemen, Raluca indicated that she would leave them in the hands of her progeny, Doru and Gigel of Câmpulung, and her chief aide-de-camp, Zugol. She then departed, leaving the visitors unsure of how to proceed.

Making apologies for her blasé attitude and speedy departure, Doru explained that his sire was dealing with “other matters of equally pressing import”, but that she trusted her assistants to speak with her authority. The discussion took several nights, with both Tzimisce neonates proving to be canny negotiators, but it soon became clear that the reason they spoke in her stead was that Raluca was no longer equal to her reputation. When she was sighted at all, she appeared detached from her surroundings, staring up at the stars, or else lost in a deep melancholy, gazing at the floor beneath her feet.

Eventually, a deal was made where the honour of the Brood of Câmpulung would be left intact, while allowing passage and supply of Lord Jürgen’s host to the lands beyond. They knew that they lacked the manpower to resist an assault on the walls if the Swordbearer chose to mount one, and saw no reason to provoke such an outcome. However , the Tzimisce were also unwilling to be seen to collaborate with the enemy of their clan, as such would do considerable harm to the reputation of their mistress. In truth, they were also eager to forge amicable relations with the Burzenland, should the war prove favourable to Lord Jürgen’s forces. In the past year, Câmpulung had withstood two separate sieges from the Cumans, and while the castle remained strong, the village and surrounding lands had been pillaged and put to the torch by Kordönül’s men. The settlement needed to be rebuilt in the wake of the war; trade and settlement needed to be encouraged, and Kronstadt and the Burzenland lay just on the other side of the pass. With that in mind, the castle would fall under siege once more, this time by a token force that would present only the appearance of aggression, while the defenders secretly mobilised assets elsewhere to supply the expeditionary army of the Burzenland further.

Lady Raluca did not actively endorse the deal, but her willingness to use her flesh-crafting arts on Ulrich von Wettin aka Heinrich the Hound to give him a new face certainly indicated an inclination to show good will to the Ashen Band. If she could be shaken out of her lassitude further, it is possible that the coterie of neonates might develop a potent ally indeed.

Embrace: According to the tales that Veceslav told to Kelemen, Lady Raluca was brought across in the mid 10th century. 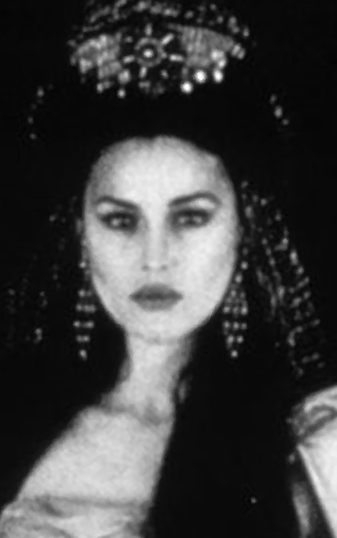