An unscrupulous Gangrel mercenary once in the pay of Felix of Vaucluse. He was driven into torpor during the fateful attack on Lucien's faux-treasure ship, and was probably executed by the Baron's Gangrel before the Great Sack began.

A husky thug of a Frankish soldier, strong and sure of step. He was swathed in heavy cloth and garbed in worn, piecemeal mail and leather, a Norman helm and a tattered blue cloak. A shield was typically kept slung at his back. What little flesh could be seen from his arms and neck bristled with thick black hair, different in colour to the auburn stubble that sprouted on his face. A sword and dagger were usually kept belted at his waist, while a throwing axe was sometimes worn on a loop at his chest.

Originally hailing from Orleans, this Gangrel was an undistinguished participant in the Fourth Cainite Crusade. Before he came to the attention of the Concord, he had spent much of his existence fighting in wars in both France and Greece. He was a known participant in the struggles between Richard I of England and Philip II of France, and was also present during the Norman Sack of Thessalonica in 1185. During the time when his conduct brought him to the attention of the Concord, he revealed his nature to be viscous, greedy, and uncouth.

Along with his companion Enguerrand le Beau he joined the pilgrimage at Negroponte, lured by the possibility of pay and loot when it became clear that the crusade sailed for Constantinople. A skilled soldier and talented scout, he quickly found himself in the employ of Felix de Vaucluse and he participated in many of that villain’s worst excesses over the latter portion of the Fourth Crusade. Raymonde greatly admired the fighting skill of the Gangrel known as Rollo the Frank, and frequently attempted to emulate the manner and behaviour of the cunning elder.

When Lotario Acuto infiltrated the Galata District in his guise of Michael of Antioch, Raymonde attempted to humiliate the seemingly fragile Toreador with a test of arms. Playing down his own formidable skills and relying instead on his command of Celerity, “Michael” managed to evade the worst of the Gangrel’s blows. This in turn earned the mirth of Raymonde’s fellow guards, Ewald of Fairfax and Georgio di Renzo, further enraging him. The Gangrel was close to frenzy when Georgio called the contest off.

During the assault on the faux_-treasure boat, Raymonde again unwittingly encountered Lotario Acuto, this time in the disguise of “Reza the Turk,” and once more came off second best. The Toreador easily evaded the Gangrel’s sword strokes, further humiliating the volatile Frenchman. When “Reza” was forced to divert his attention to Sir Herpin of Belfort, _Content Not Found: alfonzo-borgio and a number of the Scholai Guard coordinated attacks to bear Raymonde down beneath the weight of their blows. They almost succeeded in staking the Gangrel before he frenzied and laid several of his enemies low. Crippled from his injuries, crawling and slipping through the gore, he had almost reached the final Scholai when a javelin cast from elsewhere in the melee drove through his neck and pinned Raymonde to the deck.

He instantly descended into torpor. Custody of his corpse was taken by the Baron’s Gangrel after the fight was done. His ghoul, Andret, was also slain by the defenders as he fell through the illusory deck into the hold.

Months later, the citadel of the Baron’s Gangrel was attacked by Fourth Cainite Crusade on the second night of the Great Sack. The forces of Guy of Provence prevailed and the Gangrel were put to flight. A number of torpid crusaders were rescued, but Raymonde was not among them. Quite likely, he had already been given the Final Death by his Byzantine clan-mates out of disgust for his wicked ways.

Final Death: Quite likely some time between January and April, AD 1204.

Lineage: Childe of Cecille le Araignée, childe of Vincent of Orleans (d); further lineage is unknown, but he is thought to be of the 10th generation owing to the reputation of his destroyed grand-sire, who was once Sheriff of Orleans. 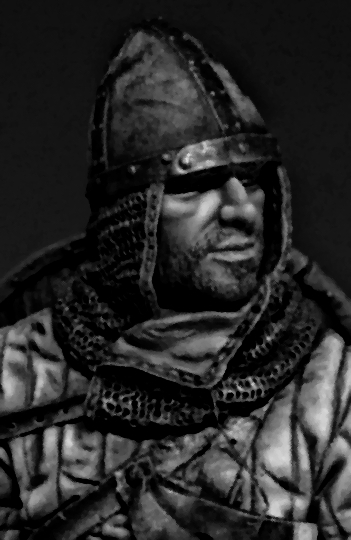