This Nosferatu of the Amalfitan Quarter dealt in information, thievery, illicit goods, and extortion. He was the most mercenary of Alfredo d'Atrano's coterie, and his knavish ways likely led to his Final Death in 1204.

A monster who may have once been a young man, this creature had shaggy auburn hair and lively brown eyes. There the resemblance to a man ended, for his entire painfully deformed body was covered in scaly, putrescent grey skin which splits and pulls away from his mouth, eyes and nose. Two long, thick fangs protruded from his mouth. Typically, he was garbed in the stinking robes of a beggar.

Rodolphio of Salerno had been a fixture in the Amalfitan Quarter since he and his late sire, Adelchis, arrived in the late 1160s. Adelchis was a powerful Cainite elder, possessed of a conspirator’s mind and much experience in the vagaries of the illicit trades of the street. She was a major player in the politics of the district before the Latin Riots of AD 1182, but her considerable skills and cunning could not save her when the violent mobs of mortals (backed by Byzantine Cainites) rampaged through the area. The venerable Nosferatu matron was caught out in the open and destroyed along with nearly every other Latin Cainite in the city. For his part, Rodolphio only survived because he was running an errand to Abydos on behalf of Adelchis. He never forgave the Greeks for the loss of his beloved sire, and watched with smug pleasure the steady decline of the capital under the Angelus dynasty.

For many years, Rodolphio kept to himself, plying his trade among Cainites and mortals of the quarter alike. He worked with elements of the Narsene Lasombra at times, as well as certain ancillae and elders resident in the both the Pisan and Genoese quarters in addition to his own. Aside from his clan’s typical trade in information, he also made coin liaising with a number of mortal criminal gangs as a fence, a planner for burglaries, and a source for blackmail schemes. After AD 1198, he found mutual advantage working closely with Alfredo, and he became a valuable member of the Amalfitan master’s coterie. The Brujah and the Nosferatu struck up a typical camaraderie for the Undead, spending much of their time hatching plots to bring the quarter more firmly under their influence.

Unlike his late sire, who made her haven in the dockside tavern known as the Drunken Pirate, it is thought that Rodolphio chose to lair somewhere in the broken sewers of the quarter. He still did business in the tavern, however, and was thought to have shares in it. On the 14th of May, just a month after the Great Sack, a bag of bloody rags and ashes was found leaning up against the front door of the Pirate at dawn, and while the mortals of the quarter may have scratched their heads in confusion and consternation, the Cainites of the area knew that Rodolphio had met his Final Death. It is unknown exactly of whom it was that the Nosferatu had made such a dire enemy, but it is thought that his vicious beating the night before of the noted mortal fence Galberta the Fat, who had long made the Drunken Pirate her haunt, may have had something to do with it. Now quite advanced in age, she professes no knowledge of her avenger, but she says she lights a candle for him each night at the Church of Eirene at Perama.

For his part, Master Alfredo swore vengeance for the destruction of his ally and coterie-mate, and he has offered a boon and a bounty of 500 silver marks for information that directly leads to the capture of Rodolphio’s murderer. Throughout the many years since, no one has been able to do so and the trail has well and truly gone cold.

Lineage: Childe of Adelchis (d); further lineage is unknown, but he accounts himself a member of the 10th generation. 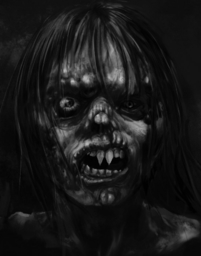