Strangely gentle, even shy, for his monstrous size and nightmarish appearance, this stonemason was the most reclusive of the Brood of Hermannstadt. He was slain at the Battle of the Black Cave.

A squat, grotesquely obese horror, almost as wide as he was tall – a miscreated mixture of man and statue, the monster had unsightly pusutulent folds of flab contrasted with slate grey skin that jutted at hard, solid angles. What little of his black hair remained sat in a lank fringe around pointed ears, and a heavily beetled brow lent him a stupid air. Through some bizarre quirk of the Protean discipline, his eyes always glowed a sickly green, and together with his huge size, he presented quite a daunting sight. He wore little more than stained breeches, a dusty mason’s apron and an old belt festooned with tools.

Members of the Concord became familiar with the Brood in the weeks preceding the Battle of the Black Cave and, while much of their conversations revolved around planning the fight to come, much was learned about their opportune allies. Other than Levente, who was only brought forth when the march was committed, Rolf was by far the most reclusive of the Nosferatu of Hermannstadt. Whenever encountered, he was already waiting for the visiting vampires in the basement of the Golden Sheaf, the inn and brothel that the Brood use as the nexus of their activities. He was oft referred to as “the mason” by the others, and indeed it was quite obvious that the enormous Leper had only reluctantly left his work to attend meetings. His apron, hands and arms were always covered with fresh dust and, on at least one occasion, decrepit earth. On these occasions, Rolf displayed a shy and gentle demeanour quite incongruous with his fearsome appearance, and he looked very uncomfortable when the attention of those gathered dwelt upon him for any length of time.

Unlike Marusca and much of the Brood, Rolf walked the via humanitatis. His reasons for this had less to do with the moral imperatives of Adelard or the pragmatism of David and more to do with a profound discomfort at allowing his Beast any purchase on his character. Fritzi was heard to joke that his herd were the stray dogs, cats and other vermin of the city, and both Nicu and Oana displayed impatience with his reluctance to embrace his more savage side. However, Marusca would tolerate no disrespect for him in her presence, for Rolf reminded her of her own dear sire, Zelios, at least in his single minded industriousness if not his shy disposition.

During the Battle of the Black Cave, as the Brood led the charge up the hillside towards their enemies, Rolf lumbered along next to his friend Adelard. To their misfortune, they happened to face off against the furious Gangrel Hell Hound, Fruszina and her ghouled, mutated wolves and dogs. Adelard was quickly swamped by the animals and separated from Rolf, and before David Handler could also engage to assist the mason, Fruzsina hamstrung the corpulent Nosferatu before viciously tearing his throat out. All but decapitated, Rolf, the Leper Mason of Hermannstadt, met the Final Death instantaneously.

His best friend, David, would secure his revenge by executing the helpless Gangrel at the end of the battle. Rolf was the only Nosferatu slain at the Battle of the Black Cave.

Lineage: Childe of Marusca, Childe of Zelios, Childe of Hannibal; of the lineage of the Hag, also known as" Baba Yaga":https://whitewolf.fandom.com/wiki/Baba_Yaga. 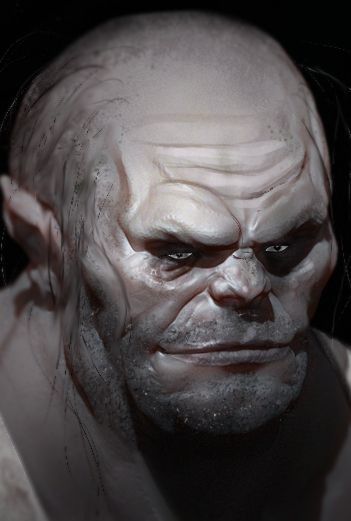