A vastly wealthy Kronstadter, this merchant enjoys considerable influence as the master of the Most Worshipful Guild of Merchants and Traders. He served as mayor from 1189 until 1208, and remains a city councillor even now.

A Siebenburger merchant in his early seventies; small of frame, sporting a pot belly, and seemingly always short of breath, he is hardly an inspiring sight. His hair, snow white with age, has long since retreated from the crown of his head. He keeps a neat moustache that is obviously a source of some pride. Despite his age, his dark blue eyes are undimmed; they still gleam with astute intelligence. Although obviously a man of considerable wealth, judging by the very fine cut of his cloth, he seems to eschew ornamentation. A common dagger rests at his belt.

Canny, wealthy, and silver-tongued, Rolf Rathinger has been a fixture of Kronstadt’s political and social strata since the early 1180s. As a young, ambitious man he made a fortune speculating on the salt trade, and he was not slow to make use of it. A charismatic speaker and able politician, the merchant soon learned the benefits of demonstrating the appearance of altruism, as well as supporting the rise of other merchants and craftsmen of a like mind. In 1181, he became master of the Most Worshipful Guild of Merchants and Traders at the young age of 34, and he was elected to his first five-year mayoral term eight years later. Although he was obliged to give up his seat as master of his guild and chiefly occupied himself with strengthening the position of the common folk against the rising aristocracy of the burgraviate, Rolf never allowed his mercantile interests to lapse. He made a second fortune with the opening of the Transylvanian silver trade, a third by importing fashionable cloth from both Western Hungary and Bulgaria, and he retains considerable interests both at home and abroad. His sons, Wendel and Brunon, are also involved in the family trade, and the younger in particular appears to be a chip off the old man’s block. Both have interests throughout the Siebenburgen, in addition to assisting their father in the management of their father’s interests abroad, while Rolf gives his personal attention to business within the city. A good many of the political and social movers and shakers among the guilds owe their rise to his patronage and generosity, and Rathinger had little trouble retaining his position until he stepped down in 1208, citing poor health. Over sixty at the time, he put forward his protege, Joachim Metzer, as an able replacement, and the younger salt merchant was elected mayor by a considerable margin with Rolf’s support.

Despite claiming a desire to look after his health, he readily resumed his former seat as Guildmaster of Merchants and Traders and remained on the city council. Many dismissed Metzer as his catspaw at first, but it eventually became clear that the new mayor had little interest in performing as the older man’s thrall. In 1209, Joachim engineered something of a coup, splitting the Guild of Salters and a good number of smaller syndicates away from the Merchants and Traders. Acting as their patron, he formed a new guild faction outside the control of Rathinger, making an immediate enemy out of his former mentor. Gossip says that Rolf would never have been taken unawares in the past, and that it is clear that he is in decline. Indeed, it would seem that he is not the man he was even ten years ago; he stoops more than he used to, and a quaver has found its way into his once stentorian speeches. Other, more cynical wags disagree, and speculate that the two of them are up to something especially clever, even though their relationship has grown conspicuously cold since Joachim’s power-play.

Rathinger is a political animal, who achieved his enviable influence (some would bitterly call it dominance) by sponsoring the early careers of numerous merchants, becoming the largest landlord within the city limits, and funding public works to ingratiate himself with the people. Some have been known to grumble (quietly), that he is also not above bribery, and that half of the town council live in his pocket. Cainites resident in the city know that Rolf is an associate of Corona’s prince, Karsten von Hornburg, but there is no evidence that he is a ghoul or a thrall in any way. Such is thought to be Prince Karsten’s style; the Brujah has indicated to his adoptive childe, Helena Korosi, that an influential friend is far more useful than a pawn, compromised and controlled by either the Blood or the heavy-handed applications of Cainite Disciplines. 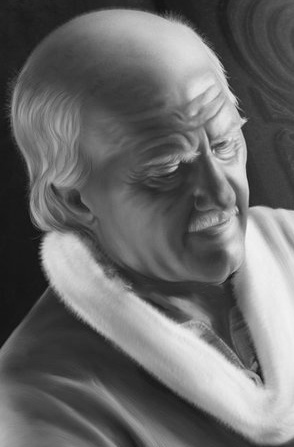