This talented young neonate represented the Courts of Love at Lord Jürgen's spring court in AD 1211. The diplomatic disaster may have ended her ambassadorial career before it had truly begun.

A stunningly lovely young lady on the very cusp of womanhood, dressed in the latest fashions of the court of Paris. Her features are perfectly formed and her dark eyes, full of sincerity and cheer, are bewitching. Auburn hair, long and straight, draws the eye to a girlish waist that she nevertheless manages to move with such natural grace and allure that women many years her senior would struggle to invoke. A slender dagger, more ornamental than functional, is her only defence other than her charm. 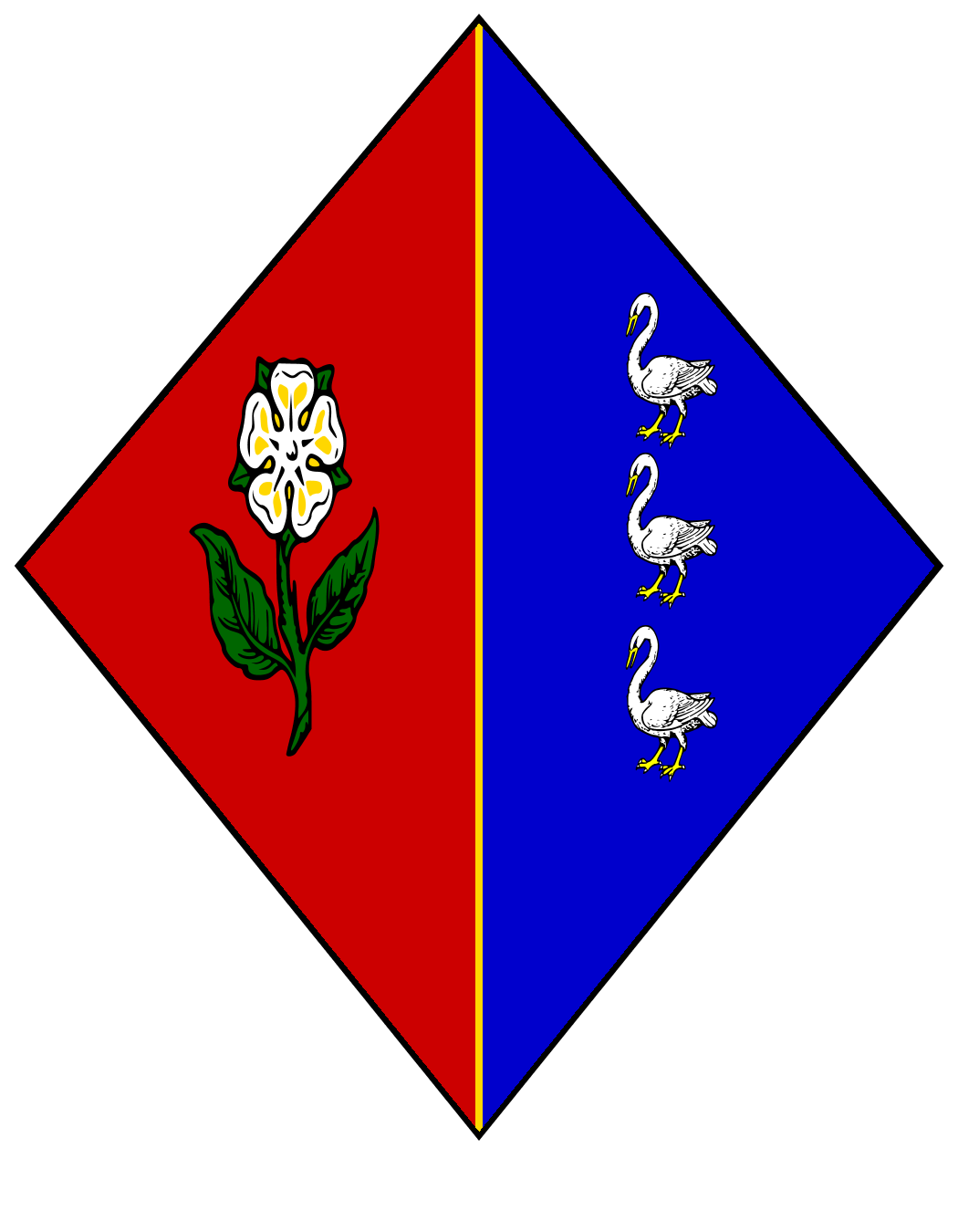 The coat of arms of Lady Rosamund of Islington, ambassador of the Courts of Love to Magdeburg. The white swans on the blue field designate her as being a descendant of the bloodline of Galwinda, the dancer of Dreux, as well as the childe of Isouda de Blaise, one of the more noted of the Queens of the Courts of Love. The white rose on a red field is her chosen device as an ambassador of those same courts.

Rosamund of Islington has learned her elders’ lessons — true power rests not with the blade itself, but with the beauty, cunning and will to use it. This motto embodies the “English Rose”, who, although she seems to as delicate as a flower, is as hard and sharp as any steel blade. Freshly released from tutelage under her beloved sire, Isouda de Blaise (one of the so-called Queens of Love, who oversee much of Cainite society in the Kingdom of France), Rosamund arrived in the city of Magdeburg in AD 1211 as ready as any neonate could possibly be to take on the challenges of courtly existence. Expending considerable prestation capital, Isouda arranged for the ambassadorial post, having full faith in the brilliance of her progeny.

A fair English rose, Rosamund was born in Islington, outside of London, to a minor Norman baron and his Saxon bride. Beautiful even as a child, she came to the attention of a wandering troubadour in service to the Courts of Love, who praised her beauty to his mistress, Queen Isouda. Through her mortal vassals, Isouda arranged to have the girl fostered in her court. Having other children to provide for, Rosamund’s parents bid their 12-year-old daughter an affectionate farewell and let her be taken to France.

Isouda’s court in Chartres was an exciting new world for the impressionable young girl, filled with challenges and the education of a young French lady. She learned to read and write, both in Latin and French; learned comportment and etiquette, and to observe and decipher the politics of court. She became familiar with the music of the troubadours and the rules of love, learned to appear both modest and coquettish, to spar with her wit and charm with her smile. On her seventeenth birthday, she was called once again into Isouda’s presence and congratulated on her accomplishments. Then Isouda told her of her destiny: to be initiated into the ranks of the Cainites, to take her place as Isouda’s true daughter and protégé in the greater arts of the night.

Rosamund’s diplomatic mission to Magdeburg was her first appointment as not just her queen’s envoy, but as ambassador to the Council of the Courts of Love. The young Artisan was certain that kings rarely hold true power but rather, Rosamund believed that one must look to a ruler’s retainers to find it. Having already succeeded at several courtly games that Isouda prepared as challenges, at Magdeburg she hoped to apply her theories to a far greater extent. Jürgen von Verden was delighted by her presence in his court, and exceedingly charmed by her poise and her beauty. Just as importantly, his court officers were obviously dazzled by her as well, and she played the room like a vampire elder rather than a neonate.

Unfortunately, while Lady Rosamund conducted herself with perfect aplomb during the trying circumstances surrounding the theft of the Sword of Sceptres and Roses, her inability to prevent the theft in the first place was extremely damaging to her reputation, and that of her mistress. The fact that the crime was perpetrated by her trusted friend and nephew-in-blood, Lucien de Troyes, only added further salt to the wound.

As a result, her position as ambassador to Magdeburg was immediately terminated. The politics of the Courts of Love are vicious; the queens do not forgive, nor do they forget. Rosamund returned to Chartres soon after the spring court ended, and for years afterwards her enviable political talents were necessarily applied not in propelling her star further into the firmament as she and her sire intended, but preventing its disastrous fall to earth.

Lineage: Rosamund is of the 8th generation, and hails from a noble lineage. She is the childe of Queen Isouda de Blaise of Anjou and Chartres, childe of Galwinda, le Danseur de Dreux, childe of Dryantilla Murcia (d), childe of Helena, childe of Arikel 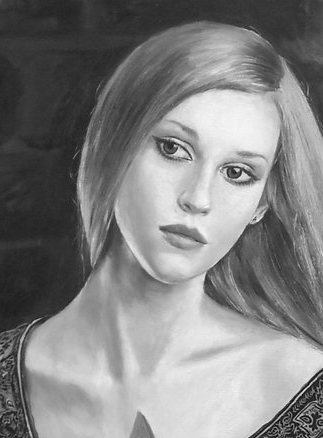