A merchant-princess of Syrian Greek extraction, this ancilla was once a noted power in the County of Tripoli. In the course of repaying a favour owed to the Prince of Split, she was murdered by the Ashen Band in October of 1217.

Rossana appeared to be a small, pretty young woman of slight stature, verily dripping with silver and jewels. Her very light hazel eyes had an unnerving, knowing quality to them. She favoured the fashions of the Greeks and the Poulains; an admixture of Eastern and Western styles. Her only allowance to comfort and security were the skirt, slitted for riding, a pair of sturdy boots, and a very functional looking dagger which she kept thrust through her sash.

A wealthy Malkavian merchant active in the ports of Tripoli, Alexandretta, Haifa, and Tyre, this Malkavian ancilla was encountered by the Ashen Band in October of 1217 at the court of Prince Alfred. In company with Gervasius Cataro, the Warden of Spalato, Rossana was initially well-disposed towards the coterie of neonates. The two of them petitioned the prince for any information regarding the whereabouts of Descia Londa, the wayward fledgeling of Ignatius Jacobi. Gervasius appeared to rely on Rossana’s extensive knowledge of the region and also an apparent facility for divining the tracks of Descia and her protector, Sir Heinrich of Wolfsburg. Prince Alfred and his court gave them vague direction, and the Lasombra and Malkavian set off quickly to apprehend the two fugitives, assisted by a cadre of Dalmatian armsmen and a handful of Rossana’s own people. Unable to countenance the recapture of the terrified Descia, who had been poorly used by Prince Jacobi, the Ashen Band made a decision to oppose Gervasius and Rossana, even though they had no right to intervene. They took their own leave of Alfred’s court and rode to the north for a convincing interval before circling back around the city to give chase.

When they caught up to their quarry they had already apprehended Sir Heinrich and Descia, and they were in the process of finishing off the Gangrel so that they might carry away his charge. The Ashen Band attacked, and after a difficult fight they prevailed over Gervasius, who proved to be a most adept opponent. From lack of blood, Ulrich fell into frenzy trying to take down the Lasombra and his companions were forced to stake him. For her part, Rossana was put to flight by the Dread Gaze of Helena Korosi, and she fled into the olive groves of the foothills of Mt. Carmel. The Band realised that she could not reach safety and reveal their well-meaning perfidy, and that her blood might be necessary to recover Ulrich safely without forcing their own vitae upon him without his consent.

Rossana was hunted by use of hounds and the ghost of Hermann Chriegler, who revealed himself as a friend of Marius. The Ashen Band brought her to ground when she was just a few hundred yards from Daliyat al-Karmel, a village and small garrison on the crest of the mountain. Before her Obfuscate was foiled by the ingenious combination of dog and wraith, Rossana used her command of Dementation to infect more than a few of the Black Lions and several of the Band with mad thoughs. The Malkavian was eventually corralled to the edge of a cliff by torch wielding mortals and ghouls, and when Marius was quite sure of her location he hurled a loose bag of flour and powdered chalk at her. It was just enough to make her briefly visible and break her Obfuscate altogether.

Rossana was defiant in defeat, offering them one final chance to surrender and accept the consequences of their crime. They were incredulous of her indignation, given the inhumanity with which she and Gervasius had tracked and attacked Heinrich and Descia, and also because she was so clearly beaten but had no intention of surrender. It would appear that taking her blood would not be so easy.

She stood proud, and proclaimed, “I am a servant of one so incalculably old that you cannot possibly imagine his strength. He is the guardian of the abyssal threshold, the keeper of the undying flame of Ahura Mazda, and he avenges tenfold the wrongs done to those who follow him. Dare to slay me. I will be avenged!”

Her fangs extended, Rossana prepared to fight and die. One of the Pechenegs near her dropped his torch and began backing away at some phantasmal fear she had conjured in his mind. The Band threatened her one final to time to stop, and then another of the mortals started waving his torch in hysterical panic, unnerving the Cainites behind him. Seeing no alternative, Marius plucked the fallen torch from the ground and hurled it at the Malkavian. The torch struck true, sparking the powder on her clothing, and as the fire caught in her undead flesh, Rossana screamed in agony and panic. Enveloped within a matter of seconds as the Ashen Band looked on in mute horror, she threw herself off the cliff and fell hundreds of feet to her Final Death.

Embrace: the middle of the 11th century AD. 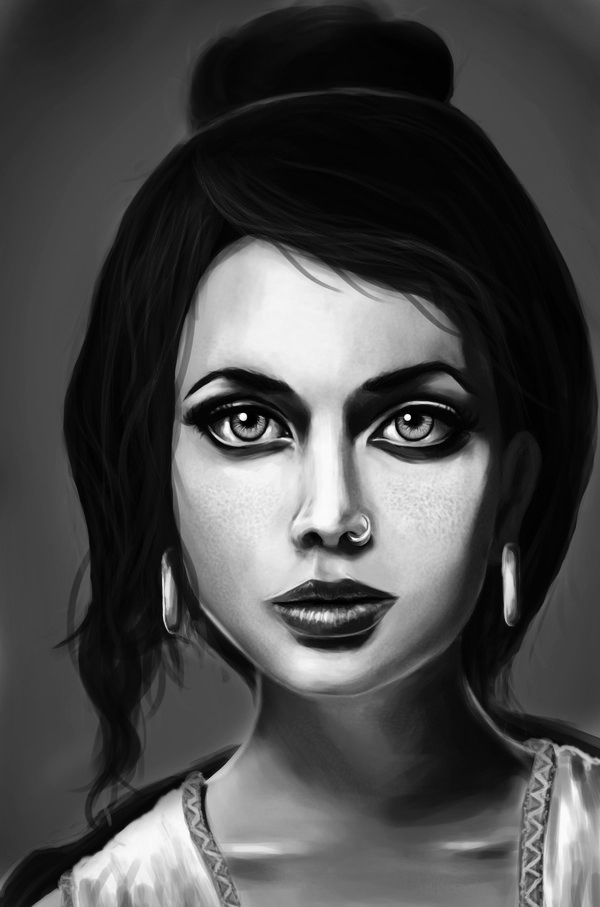