This ghoul was an officer of the Scholai Guard before the fall of the old order of Byzantium in 1204. He now serves Prince Iulia of Weißenburg as her chief of security and eyes on the street.

A short, unremarkable Greek man in his middle age, sporting far more grey than brown in his hair and beard. His face is careworn and serious, and his dark eyes betray little other than a general watchfulness. He wears a simple tunic, a leather vest, woollen leggings, and comfortable boots. The cold seems to bother him, so he usually bundles up in a heavy cloak for the Transylvanian nights. He is armed with a simple belt knife, just like hundreds of other craftsmen, merchants, and labourers.

This ghoul was first encountered by the formative Concord in 1196, reporting to his master Petronius concerning the separate lines of investigation that his Scholai Guard were conducting into the murders of the Narsene ancillae Adriano and Julianna. As several of the young coterie availed themselves of the Arbiter’s hospitality over the following winter, they encountered Sabas and his brother officers a number of times, always acting to the benefit of the Dream, the Michaelites in general and Petronius in particular. He was no more special than his fellow officers, and indeed he seemed to be the most youthful of them, but whereas the other Scholai kept an eye on the guilds and the imperial court, Sabas and his subordinates had the unenviable task of keeping tabs on the streets.

He would be encountered again in the months leading up to the fall of the city, during which he was frequently assigned to protect Iulia of Weißenburg while she went about the business of the Arbiter and the Reformed Michaelites. He and a number of his subordinates followed her in secret, watching over her as she made her way in the dangerous Latin Quarter and through slums where the desperate might seek to accost even one such as her. In due course, the old ghoul and the young Lasombra spoke often concerning the Dream and the place of the Scholai within it, and a mutual respect grew between them.

When the city fell and the Great Sack commenced, Sabas and his people were on assignment protecting Iulia, and they were thus cut off from their fellows as chaos descended upon the city. They elected to remain with her once it became clear that the palace of Petronius and the under-Church of the Archangel were the destinations of she and her friends among the Concord. The ghoul squad fought to back up the vampire coterie through a number of skirmishes to reach their master. Their strength consolidated, the Arbiter led a number of the Reformed Michaelites, the Concord, and the Scholai into the secret passage below the Pegasus Fountain of the Great Palace, heading for the the great underground basilica of the Archangel. It was then that the psychic shock of Michael’s destruction struck his sensitive progeny, and Petronius fell senseless. Sabas was one of those Scholai who remained with him as Lucien and Sariel led the others deeper into the tunnels.

After the Concord and their allies survived their encounter with Mary the Black, Lucien decided to take the diminished and weary Arbiter to a place of safety. A select few of the Scholai were allowed to accompany them, but Sabas was not among them. The remnants of the Toreador’s small army of ghouls would have to find new masters.

A month later, Sabas and several of his fellows sought out Iulia. He explained that a good number of the younger ghouls could safely transition to mortal lives, though it would be difficult. For himself, and a number of others, certain death would occur within weeks for they had lived far longer than a man ought. Already Sabas’ brown hair had turned grey, and he was much older than he appeared just weeks before. He continued that others among the senior guard had already approached the remnants of the Reformed Michaelites, but he wished for a stronger master who would offer him the respect that was his due. As she had been loyal to the Dream, and favoured of the Arbiter, Sabas and his fellows asked if Iulia could be their domitor even though their Blood Oath to Petronius would likely last for many, many years.

Iulia saw their value, and she immediately accepted. Sabas and a small number of his subordinates, some ghouls and others returned to mortality, have been a powerful asset for her over the years that followed. 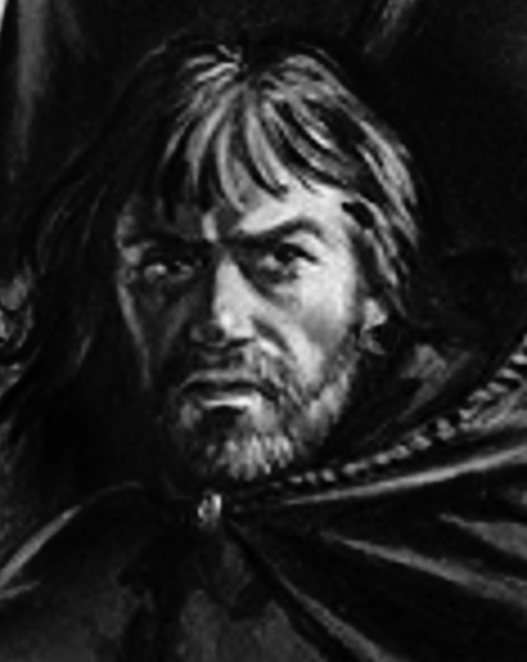