This ancilla of the Narsene Lasombra was nominally in charge of the Venetian elements of the Fourth Cainite Crusade. He was widely held to be grasping, opportunistic and very, very sly but none could argue that he managed his assets extremely well.

Salvatore appeared to be a pale, middle-aged Italian merchant dressed in fine, embroidered silks and wool in shades of black and russet. He was approaching old age, with a head full of tight, wiry, coarse, grey hair, a heavily lined face, thin lips and brows, and glittering brown eyes that gave him an arch, disapproving aspect. He was typically unarmed.

From AD 1202-1204, Salvatore lad the Narsene Lasombra and other Cainites of Venice who undertook the pilgrimage of the Fourth Cainite Crusade. In the sacked city of Zara, it became quite clear that the concerns of the Venetian Cainites were to directly and unashamedly see the realisation of the debts of the Baron’s Crusade to Venice, as well as to establish more autonomous Venetian quarters in various ports along the pilgrimage’s route. La Fratellanza Serena (the Serene Brotherhood), as the coterie called itself, consisted of Salvatore himself, his childe Georgio di Renzo (who lent his talent for black market endeavour), his fellow Narsene ancilla Silvio Veccio (a skilled sea captain and warrior), Father Pietri Ancini and Brother Carmichael Mattachio (both thought to be influential in the Cainite Heresy), as well as the Abyss Mystic known as Remigio del Nero, the Tzimisce occultist Lando di Durazzo, and finally the Cappadocians Carmine and Justis Giovanni (the last belonging somewhat reluctantly). His subordinates referred to him as maestro (master), just as if he was the petty prince of a Venetian trading colony.

The maestro enjoyed the personal favour of Prince Narses himself, and he worked tirelessly for the aims of his grandsire. It is thought that the source of this favour lay in the fact that, like Narses himself, Salvatore appears to have won the Embrace for himself through his own ingenuity and ambition rather than merely have it bestowed upon him, but the fact that he served the Bishop of Nod as his ghoul for as long as a mortal lifetime could not have hurt. Strangely, he considered himself a proud and patriotic Venetian, even though it was merely his adopted home. Indeed, Salvatore was born in Liguria, quite close to the Serene Republic’s traditional rival and occasional enemy, Genoa. The incongruency of his situation appeared to be lost on Salvatore himself, however, as he apparently felt that since he was Embraced in Venice, that was all that mattered.

In his capacity as Master of the Venetian Lasombra attached to the pilgrimage, Salvatore constantly pushed for the debts owed by the crusaders (both alive and undead) to be repaid. This afforded him considerable status in the enterprise, which he cleverly parleyed into political power. Thus, even though Duke Guy was known to despise Salvatore and indeed publicly repudiated and ridiculed him after the initial debacle at Zara, the Ventrue was still obliged to give him a place of honour on the crusade. For his part, Salvatore behaved with solicitude towards the Ventrue, and expended much of his effort on intrigues outside of council, but early victories for the Serene Brotherhood were the installation of a Narsene prince at both Zara and Corfu. Duke Guy took the initiative in the wake of the invasion of Byzantine soil to place followers loyal to himself at Negroponte, Abydos, and Chalcis, but Salvatore was sure that whatever gains the Ventrue captain made would ultimately be subordinate to the burgeoning power of Venice.

Rather than seek to amass a larger faction to compete with Duke Guy and Felix of Vaucluse, Salvatore and the Serene Brotherhood instead busied themselves amassing influence over their mortal contemporaries in direct (but secret) contravention of the resolution of the Cainite Small Council of the Crusade. This was quite the gamble for their unlives would likely have been forfeit if Guy discovered their disobedience, but he did not and the Venetians slowly gained considerable influence over the thousands of Venetian pilgrims. The level of their interference would only become apparent in the closing stages of the belligerence between Constantinople and the Fourth Crusade.

After the First Siege of Constantinople was successfully concluded at the end of July, 1203, the extent of Salvatore’s greed became truly known by his fellows, for he leveraged his influence over the Venetian merchant lords to insist on summary payment of the debt owed by Alexius IV Angelus to the crusade. This placed enormous strain on the dangerously depleted treasury of the empire, and was one of several direct causes that led to the escalation of tensions at the end of the year. While many looked to the belligerent Felix as the chief cause of tensions, those truly in the know looked just as often at the knavish Salvatore. He also threw his weight around in the Latin Quarter as well, making it clear to Bishop Alfonzo that he had no say in how the Serene Brotherhood conducted its affairs. Veceslav Basarab and Iulia of Weißenburg speculated that perhaps he was the true agent of Narses on the Cainite Crusade, and the offer that he made to the Concord was always a hollow diversion.

During the Great Sack, he led the Serene Brotherhood in their attack on the Monastery of St. John Studius. At least in part, their motive was to to loot the library and destroy the Gesudians, but it is likely that their true hope was to drink the souls of the Tzimisce monks, whom they perceived to be weak prey of potent blood. When the Concord came upon the scene of the Chapel of the Divinity Within, they observed that Salvatore was one of those present for the attack on Gesu, who begged them all to flee and save themselves as the maestro, Brother Carmichael, and Remigio del Nero used the Arms of Ahriman to restrain him. Salvatore must have already stolen the soul of one of the Gesudians, for his eyes were bright with mad exhilaration, blood caked his lips and his chin, and his cheek was spasming outside his notice. He stood away from the Tzimisce elder, looking on his eyes bulging with exaltation as Lando, Innominatam Stulto, and Carmine closed in on Gesu to sup on his Heart’s Blood.

Suddenly, barbed tentacles surmounted by fanged mouths and covered in blood red eyes tore themselves free of the abdomen and back of the Saint of the Divinity Within. The very size of the monstrous things defied understanding, for it seemed they were much larger than the form of Gesu should be capable of harbouring. Indeed, it would appear that while the Saint was apparently resigned to his fate, the Divinity Within was not. Perhaps in his centuries-long esoteric meditations on the nature of the transubstantiation of the Blood of Caine, he had touched something beyond the ken of men and the monsters they make? Something that had returned with him, and now fought for its existence even while he was ready to cast his aside. Gesu stood, his face transfixed by a mixture of transcendent pain and fearful perturbation as the tentacles struck out, seeking to throw down the Serene Brotherhood. And Salvatore stood there seemingly paralysed as well, his face a mixture of panic, horror and oddly, triumph.

He seemed unaware of the enemy coterie as the Concord cut down the ghouls of the Brotherhood and gained the upper hand against Salvatore’s subordinates. Meanwhile, the eldritch tentacles of Gesu threw off his attackers one by one, seemingly growing in fury as they did so. Slackly, the maestro watched as Lando was hurled through a narrow pillar with a sickening crunch, careening off into the darkness of the eastern transept. He was not aware of Innominatum Stulto’s shameful exit, but he saw the head of Brother Carmichael torn from his body and even smiled a little when he saw a tentacle snake down his neck to feast on his heart and innards. The last thing he must have seen was the confusingly inverted sight of Remigio inching away from him as Salvatore was grasped, then lifted and repeatedly pummelled into a column. The stone cracked from the force of the assault, but he would have been unaware of it, for his head was a smashed ruin after the second strike.

If Salvatore might have had the barest hope of recovery, it was dashed when the ceiling of the Chapel of the Divinity Within collapsed upon him moments later. Several of his fellows did manage to escape nevertheless. After his Final Death, the Serene Brotherhood continued on with Carmine Giovanni and Remigio del Nero as its founding members, and other Venetian emigres would join them in the years to come.

Embrace: AD 1130, although it is believed that he was a ghoul of Narses for at least sixty years prior.

Lineage: Salvatore was Embraced among the 8th generation, but at the time of his destruction he was most likely of the 7th. He was the childe of Tribuno Faliero, childe of Narses (diab, d), childe of Galerius (d), childe of Constantius, childe of Montano, childe of Lasombra. 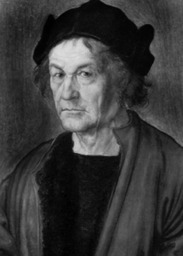