A ferocious Szekler warrior and raider; unimaginative and brutal, his fanatical loyalty to his chieftain, Miklós, was literally undying. He was slain in combat with Teutonic knight known Berengar von Dohna.

A short, bandy-legged creature, clad in the remnants of leather and hide armour as well as a raggedy bear fur cloak. Completely bald, with large pointed ears, needle sharp fangs, and blue skin, he presented very much as the hearth tales of the night-bound strigoi of legend. Armed with a sabre, a long knife, and a composite bow, he also carried the round shield common to the horse warriors.

A formidable warrior, skilled in the use of the sabre and an excellent mounted archer, this Szekler was the sword-brother of the late Nosferatu chieftain known as Miklós Varganyi. During the ambush on the Ashen Band at the foot of the Bodza (Buzău) Pass, he first let fly a number of arrows at the rear of the enemy coterie before meeting Brother Berengar in mounted combat. Alas for the Szekler, despite his greater command of horsemanship, his sabre was ineffective against both the armour and the Fortitude of the Ventrue knight, and he was soon unhorsed and driven into torpor by a mighty blow that cleaved through his collarbone and much of his ribcage. He would be left, helpless, to meet the dawn a number of hours later.

The gregarious prisoner, Lekszi, though he did not appear to mourn Samuka, would later speak of him with some warmth. Unflinchingly loyal, and possessed of little resembling an imagination, he made a perfect strong right hand to his főnök (chief), who often ordered him to carry out deeds that might be deemed questionable by others. Although primarily known for his ruthlessness and his martial ability, Samuka was not irredeemable. Indeed, he was considered something of a paragon of what it means to be a good horsewarrior. He enjoyed a small amount of fame throughout the Székelyföld for hunting a bear with nothing other than his sword. Lekszi also claimed that he was also an incredibly devoted father and uncle, who spent countless hours teaching the youth of Bodzaforduló the finer points of swordplay, horsemanship, and hunting.

He accompanied Miklós on his brave, prideful raid against the oncoming Cuman horde, and he was the first of his főnök’s sword-brothers to accept the Embrace when he was fatally wounded in an engagement soon after. His mental decline wasn’t as pronounced as that of Miklós, but by the time of his demise, the Beast was often close to the surface in Samuka. Lekszi was relieved for his friend that he was now free of the curse that brotherhood had laid upon him, and envied his freedom to exist “in the sky”.

Lineage: Childe of Miklós Varganyi (d), childe of Hyacinta, the Hag Princess, childe of Gutka, the Salt Queen, childe of Baba Yaga, the Iron Hag, childe of Absimilliard. Samuka was of the 8th generation. 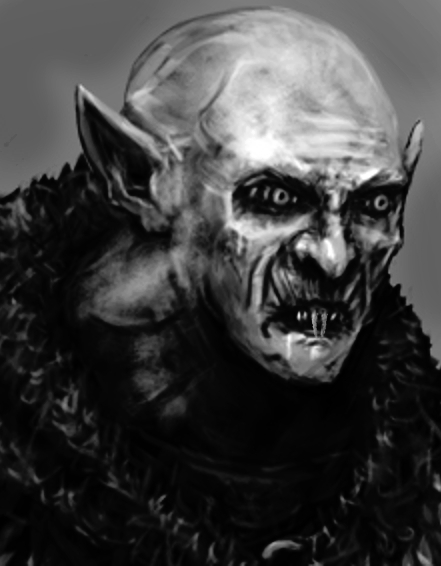