This rogue frequents the dives and hashish dens of the Latin Quarter, where he plies his trades as thief, smuggler and procurer of lost items. He is a freelance, happy to sell his services to the highest bidder.

A pale, dark-haired and dark-grey eyed man on the cusp of his middle years, dressed in subdued finery except for his gold earring and a gaily coloured red and green sash around his waist. He is a cheerful fellow with a rakish smile and his eyes are oddly captivating. In recent years, he has taken once more to sporting the distinctive beard and moustache with which he was embraced.

(Expanded from the reference provided in Transylvania by Night, p. 93).

Sanser is one of the longest surviving residents of Constantinople who was not a member of the Byzantine family system. The rogue professes to love the city just as much as any follower of the Dream ever did; he simply prefers to go his own way. He is variously thought to have existed in the slums of the city or on ships in the harbour for decades at a time, evading first the agents of the Antonian Ventrue and then the Baron’s Gangrel through his cunning and mastery of Obfuscate. His reputation is that of a conman, pirate, smuggler and thief. Baron Thomas and Urbien both worked extremely hard to discover him out of bounds and put Sanser down for good, but they never did catch him.

After the Latin Riots and the resulting establishment of the Latin Quarter as “foreign ground” belonging to the Venetians, Genoese, Amalfitans, and Pisans, Sanser was finally free to happily and (relatively) openly dwell in the city, and he soon became a fixture in the courts of the Latin masters, particularly Bishop Alfonzo of Venice. He became a regular at the Saut Aswad and the Silk Road, where he could be hired to smuggle, thieve, find ‘lost’ items, lost people, and even (begrudgingly) do some honest work.

In AD 1196, the nascent Concord briefly encountered Sanser at the Saut Aswad when Bishop Alfonzo attempted to press all Cainites present into investigating the murders of Adrianna and Juliano. The Alexandrite conveniently disappeared when no one was looking, perhaps not wishing to involve himself in such a politically charged endeavour. Or perhaps he simply wanted to treat with the master of the local Narsene Lasombra on his own terms later on. In any case, he was seen at the Latin Blood Feast some night’s later, enjoying himself immensely.

The following year, the coterie would meet Sanser’s rather more serious and humane progeny, Vassily Taltos, at Buda-Pest and again at Tihuta. Over the years, Vassily would be a frequent visitor to the courts of Iulia of Weißenburg and Karsten of Kronstadt, where a number of the Concord would become well-acquainted with him.

Sanser, however, would remain a figure of mystery until the Romano adventurer Andras Taragoš entered their orbit some years later. Outside the city of Spalato, he would be introduced as the agent of Theophanos of Epirus, and he soon made himself useful in a variety of ways. As tales were swapped and friendships forged, the origins of his Becoming would reveal him to be the childe of Vassily Taltos and grandchilde of Sanser. They would also learn that the circumstances of his mortal death in Thessalonica were violent. Indeed, he was mortally wounded by Irendo Torenu, an old enemy of Sanser’s; a spiteful attack to slay a future leader of the allied Taltos, Charanos, and Taragoș families. Only the intervention of Odda the Black Lion, Francisque de Saissac, and Ulfe the Wanderer kept the young gypsy alive long enough to receive the embrace of Vassily.

Both Sanser and Vassily would offer their gratitude to the trio of Cainites, saying they would remember the debt owed, as Andras was very dear to the both of them, and important to the future of their people. Sanser would further apologise, for Irendo had surely marked the three of them as allies of the Taltos Ravnos, and thus the dire enemies of the Torenu and their allied families.

Embrace: Sanser has not disclosed this to the Concord, but Andras has revealed that it was sometime in the middle of the 9th century.

Lineage: Childe of Tibaldo (d); further lineage unknown but thought to be of the Alexandrite jati of the Ravnos clan. As Vassily places himself among the 8th generation, Sanser must be of the 7th. 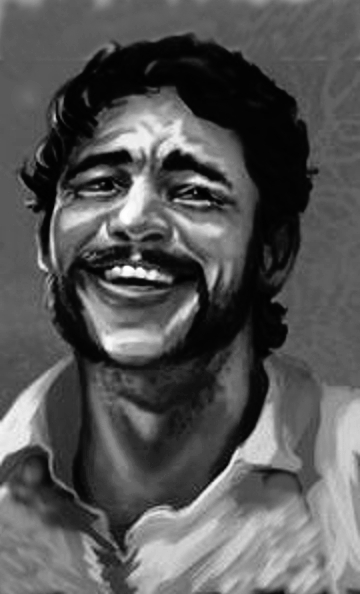