This Ventrue elder is hunted by the Knights of Blood of his own clan for the crime of diablerie; he fights to make his own city, free from the machinations of his kind.

A pale, handsome young warrior, perhaps a German, with blonde, shoulder- length hair and piercing green eyes. He wears the fine furs and leathers of a nobleman, and is armed with a broadsword and dagger. He has a regal quality to him, as if he were a chieftain or warlord of some sort, and he wears his sword and dagger with practiced ease.

(Expanded from the character as presented in Dark Alliance: Vancouver, p. 97).

In the early months of AD 1198, this Ventrue elder was encountered by the formative Concord in the Tihuta Pass. He and Hrothulf were fleeing past the construction project with their herd, hunted by the Knights of Blood, when a horse suddenly stumbled and came up lame. After a hurried assessment, the two Ventrue elected to stay behind and make a stand to buy time for their mortal household to escape. The coterie initially offered their aid, but once it became clear that one of the pursuing knights was a fellow Templar, Brother Alaric felt compelled to help the fugitive’s hunters instead.

The following fight was a messy one, with Alaric being outmaneuvered and struck by Siegfried while Maude and Sir Gunthar took grievous wounds from Hrothulf. Siegfried himself was badly injured by both Gunthar and Brother Alaric’s sergeant-at-arms, Mihor. After the coterie backed off, Siegfried fought Brother Garnier of the Templars and drove him into torpor before fairing rather more poorly against Sir Virgilio da Canobio. Although many centuries older than his opponent, he was in serious danger from the Knight of Blood before Hrothulf rescued his brother-in-arms and then defeated Sir Virgilio. The two of them then spoke briefly with the coterie before taking the surviving enemy horses and heading after their herd.

Siegfried is a criminal, under universal Blood Hunt by Cainites of his own clan. For centuries he and his boon companion, Hrothulf, have been hunted across the domains of Europe, hounded by the Ventrue wherever they settled and flushed out by the Knights of Blood. By his own admission, Siegfried perpetrated the crime of diablerie on his own sire, Marcus Atilius Regulus, not long after his Embrace.

A young Visigoth chieftain, kin to the mighty leader Fritigern, Siegfried fought in the Battle of Adrianople in AD 378. He was accounted a hero in the battle, and his creative tactics saved the lives of many of his men. Impressed with his brilliant leadership and charisma, and looking for a way to strengthen Rome with new blood, the elder Regulus sought him out and offered him immortality. Naturally, feeling that it was his destiny to live forever, Siegfried accepted. He was horrified when he was confronted, after the fact, with the price of his new existence. He soon lost control and frenzied, taking Regulus’ unlife and his Heart’s Blood. His awful deed caught up with him almost immediately, as Regulus was a descendant and servant of none other than Alexander of Lutetia (now Paris). Siegfried has been on the run ever since.

A fine leader and excellent warrior in his own right, Siegfried is the thinker and talker in the partnership while Hrothulf is the muscle. The Visigoth desires nothing more than to exist at peace within Cainite society, and he has tried to establish domain a number of times over a number of frontier townships throughout his centuries. His most recent attempt had been Schäßburg, and he was determined to find his place yet.

Embrace: AD 378, just a few nights after the Battle of Adrianople. 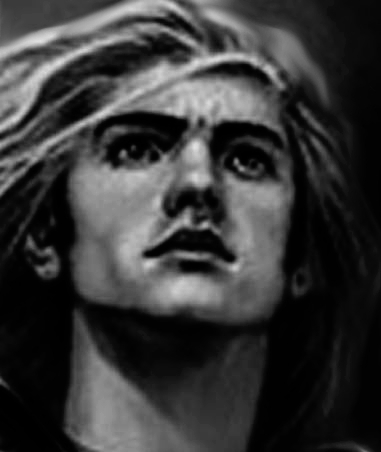