A juggler, tumbler and all around entertainer who, until AD 1211, enjoyed a fairly good reputation for his services to the High Clans of France and the Holy Roman Empire. His perfidy as a thief now revealed, he is welcome in few High Clan domains.

A wiry, agile young Frenchman, dressed in the rather garish, gaily coloured costume of a professional entertainer. Handsome, he tends to draw the eye with his stylish chin beard, his long black hair and his flashing, light brown eyes. He is armed only with a simple belt knife.

(Expanded from the profile presented in Under a Black Cross, pp. 90-91)

The Ravnos known as Silas has entertained the courts of France, Brittany, and the Low Countries for almost the entirety of the 12th and into the 13th century. In that time, he travelled with numerous troupes of various size, sometimes in the company of his more esteemed sire, Tropaz but more often with his own, smaller fellowships of Charlatans. He is most well known for his extraordinary skill at juggling, which he intersperses with fantastic displays of Chimerstry to astound and delight his Cainite and ghoul audience, but Silas is also an excellent tumbler, a riddler and a mimic of considerable skill. By the time he and his companions, Broos and Marrec, decided to make a foray into the north and arrived in Magdeburg in the spring of AD 1211, they came very highly regarded.

Unfortunately, the inability of the three Ravnos to rise above their ill-considered, predictable and petty larcenous ways doomed them to becoming scapegoats for the plots of the Warlocks. Framed and incarcerated, the Charlatans narrowly avoided meeting the Final Death for their foolish offences. Only the intervention of the Concord, specifically Sister Maude Khlesl, saw them go free, and they were sentenced instead to exile from the demesnes of Jürgen von Verden and all of his vassals.

Before their hasty departure, the Concord learned a little of Silas’ background. The Charlatan was only too happy to discuss his past, hoping that it might elicit some sympathy and goodwill from both his partisans and his interrogators, who were only too willing to “put him to the question”. Indeed, Silas more than likely told Lord Jürgen’s torturers far more than they needed to know, for the Ravnos appears to have little stomach for pain…

SIlas was born in Melun, a small town on an island of the Seine, some forty-five miles upriver from Paris. He spent little time there however, for he hailed from a family of artists and entertainers who made their living travelling the river offering amusements and diversions to those who would pay. Silas was a talent in the family business, and he enjoyed his formative years of travel. He matured quickly into a handsome joker and a gallant, more than able to make his way in the world as a wanderer and the young juggler soon surpassed the skills of his family and friends. Although he loved them dearly, he knew that he would have to move on and seek greater challenges and adventures.

Solitary for a few months, he travelled throughout northern and eastern France, wending his way down the western bank of the Rhine, and briefly finding favour with this noble or that. Eventually the juggler’s reputation began to precede him and his skills came to the attention of a prestigious group of entertainers who performed for kings and queens. After observing his act, the elite troupe offered him a place in their ranks, which Silas accepted gladly.

For years, he travelled with his accomplished companions. The more he performed, the more he perfected his own art. One night after a show, Silas accidentally stumbled upon a theft at a French baron’s court. Initially, Silas was horrified, and he planned on revealing the thieves to his patron. Upon discovering that the robbers were none other than his fellow performers, he was stunned. The juggler was even more shocked to learn that his companions were strangely bound to a mysterious woman whom they called Tropaz. As the thieves prepared to turn against Silas, Tropaz made her appearance and ordered that they leave him unharmed.

He realised that the woman controlled the entertainers like servants. Without him knowing it, Tropaz had put Silas through a series of tests, all of which he had passed. Claiming that he was a kindred spirit, she offered the juggler a chance to experience the powers at her disposal, and eternal life as her companion. After some consideration, Silas accepted her offer, and was Embraced into the Ravnos clan and the Sybarite jati.

Silas adjusted to his new existence with remarkable speed. After a few years, he became Tropaz’ most valued retainer. Their fame spread throughout the Cainite courts of France and its many constituent border vassals. At length, Tropaz gave Silas leave to strike out on his own and form a troupe. Over the many years since, this group of entertainers has waxed and waned in numbers and popularity, but by the turn of the 13th century he, Broos and Marrec had formed a solid core. Others came and went, but these three Ravnos and a handful of mortal ghouls and herd found themselves much in demand, particularly throughout the courts and market fairs of Champagne. 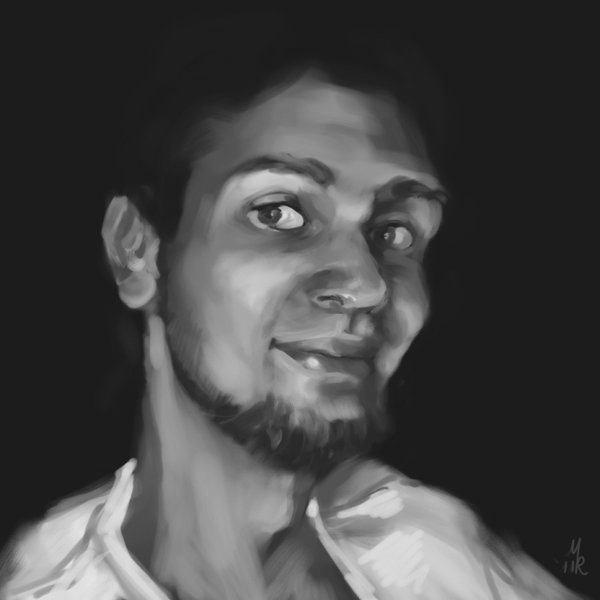 Marrec, a tumbler from the distant French province of Brittany. He claimed innocence of even the petty theft of his companions, but few were fooled.

It was here, apparently, that word arrived from Sister Lucretia of Magdeburg. The Ventrue retained their services to to entertain her lord and his vassals on the Feast of St. Marcian, on the 6th of March, AD 1211. The troupe set out in good faith, hoping for good pay and rich spoils from their light-fingered extra-curricular exploits. Throughout the journey north, they encountered the delegation from the Toreador Courts of Love on a number of occasions, but Silas, Broos and Marrec thought little of it. Little did they realise, but these apparently random meetings were providing the similarly advancing Tremere delegation with an opportunity to win the favour of the prince of Magdeburg.

During the celebrations at the archbishop’s palace on the isle of Werder, the Ravnos troupe dazzled the assembled princes, lords and delegates with their juggling, tumbling, mimicry and command of the discipline of Chimerstry. Quite often, while two of them would preoccupy the attentions of the crowd, the third worked behind the scenes, stealing purses, picking pockets and raiding the palace silverware. It worked like a charm, as it had on so many occasions. Even the apparent theft of the Sword of Sceptres and Roses gave Silas and his companions little worry, for although they worried that they might fall under suspicion, they trusted to the fact that at least this time, they were innocent. 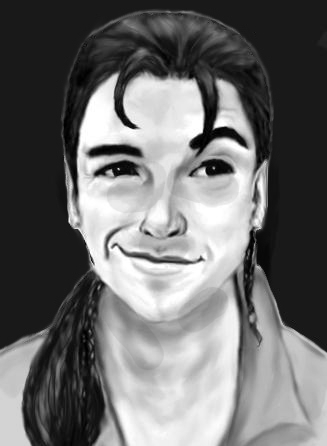 Broos, a Juggler from the Low Countries. Handsome and cocky, he made a show of being the least visibly shaken when arrested at Magdeburg. Again, few were deceived.

So it was that all three of the Ravnos reacted with genuine shock and disbelief when the sword, among many other purloined treasures, was found among their effects at their campsite north of the city walls. The Ravnos were taken into custody by the Concord and Brother Friedrich, the sheriff of Magdeburg, all the while loudly protesting their innocence and good character despite their obvious theft of many valuables. Over the coming day they were allowed no sleep; ceaselessly interrogated by Lord Jürgen’s torturers, their story remained the same. In short, they were guilty as sin, but not of this one.

The Concord sought out Lord Jürgen after darkness fell, and found him in agreement with them that the Ravnos were indeed innocent of the charges. However, Lord Jürgen still intended to destroy Silas, Broos and Marrec for their other offences. Magdeburg Lextalionis was harsh indeed. Sister Maude Khlesl then interceded, offering to expunge Jürgen’s boon to her for recovering the sword if he would but spare the Ravnos. Surprised, the Ventrue lord agreed and instead sentenced the three Charlatans to exile from his lands and those of his vassals. They would be given a reasonable amount of time to make good their leave-taking, but if they lingered or returned, they would be destroyed in a domain-wide Blood Hunt.

When the true masterminds of the theft were outed shortly afterwards, the Ravnos were released and allowed to leave Magdeburg. They made haste to the west, rushing for Franconia and beyond, with a wave and a smile of thanks to Maude, but little true gratitude. Whatever the future may hold for Silas, Broos and Marrec, it will take place far from the Fiefs of the Black Cross…

Lineage: Childe of Tropaz, Childe of Adélaïs; Silas does not have any knowledge of his further lineage save to say that he is a descendant of the Sybarite, a Ravnos of Ancient Rome who was well known for his excess, ambition and self-worship. Silas places himself among the 10th generation. 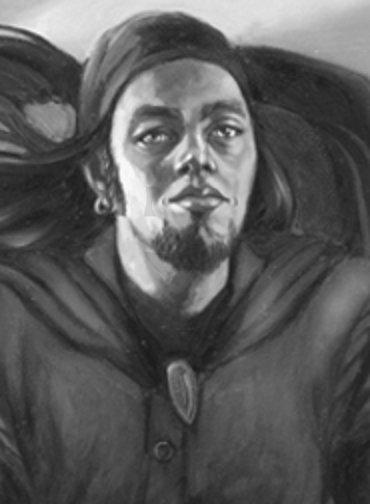