Known as Arnaud le Brave, this neonate of the obscure Phaedymite line was a knight greatly respected for his adherence to the code of chivalry. He went to the Final Death whilst apprehending Aglaia, the former prince of Corfu

Sir Arnaud the Brave was a handsome Lombardian knight in his prime- strong, quick and vital. His black hair was well-groomed, and his lively blue eyes were set off by an azure surcoat, bearing a white falcon. His weapons and mail were aged, and bore the signs of much use 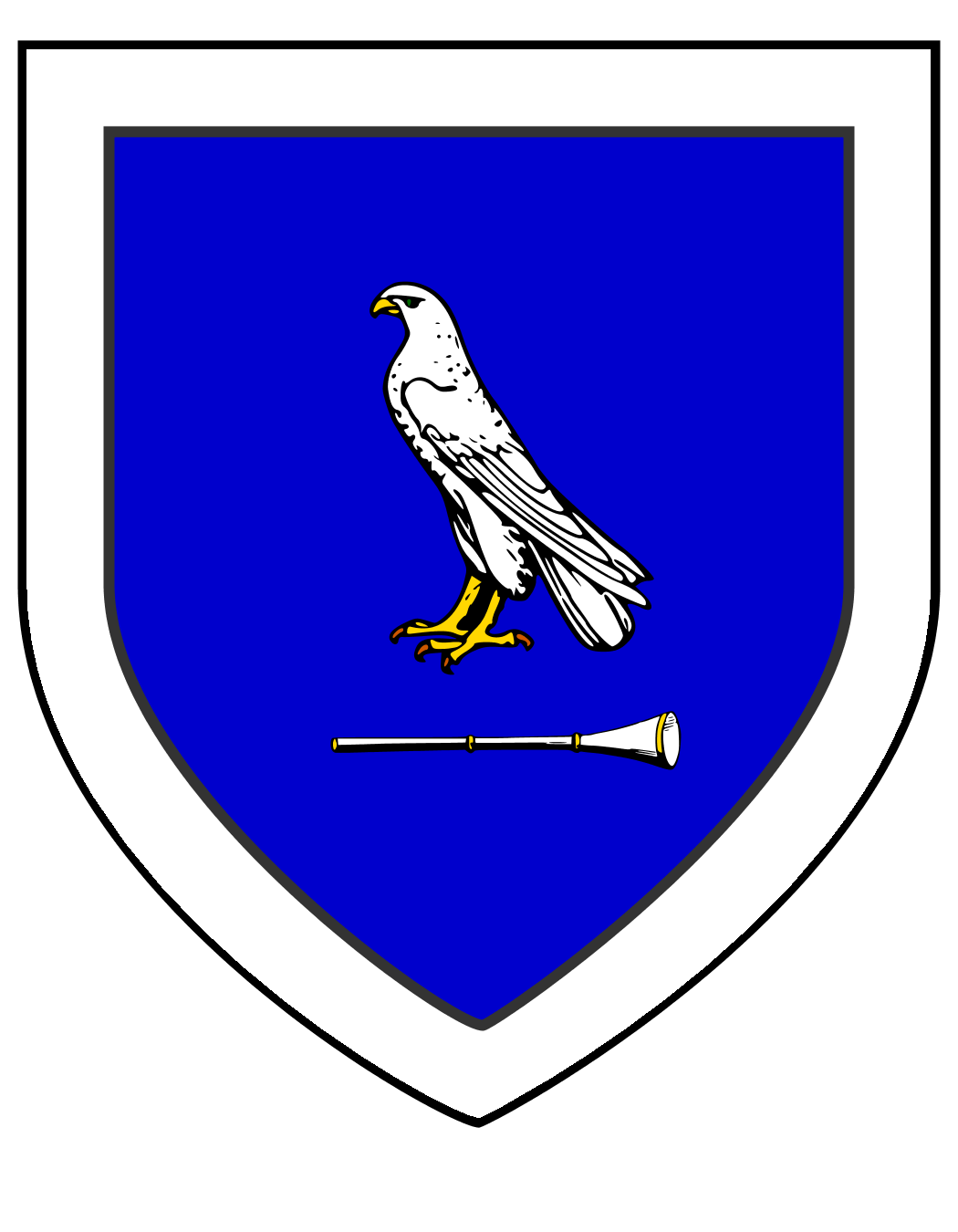 The Coat of Arms of the late Arnaud, Cavaliere da Moncalvo. The falcon of his mortal family is married to the silver trumpet of the line of Phaedyme.

In life, Sir Arnaud was a minor Lombardic noble with links to greater houses through his brother’s marriage to the sister of Marquis Manfred II of Saluzzo, making him also a distant relative of Boniface of Montferrat. He squired with Martin de Toulon, and the two of them were fast friends for all of their lives and unlives right up until his Final Death. Unlike his best friend, Arnaud was never the most gifted of warriors nor a talented leader, but he more than made up for it with his extraordinary loyalty and bravery. He was also a noted poet and musician, enjoying no small fame for his work. As a page in Saluzzo, he was educated by the best troubadores of Provence and Lombardy, many of whom sought the patronage of the marquis. By the time he became a squire, Arnaud was accounted a talented poet, capable singer, and skilled lute player. He was several years Martin’s senior, but he was always drawn to the younger man’s charisma and drive. Knighted two years before his friend, he stayed in touch when he returned to Moncalvo and happily followed when Sir Martin took the cross and joined the Third Crusade in the army of Philip II of France.

Sir Arnaud proved himself many times during the campaign, earning the moniker “the brave” for his fearless antics. Like his friend, he was deeply unhappy with the actions of his crusader compatriots, particularly after the Siege of Acre, but he saw out the enterprise as he was sworn to keep faith with sword-brother and best friend. Early in the crusade, he encountered a fellow knight of musical inclination, Sir Petrus, and the two often discussed their dissatisfaction with the course of the pilgrimage, as well as their hopes that honourable conduct might prevail in future wars. It was Sir Petrus who brought the duo of Arnaud the brave and Martin the Fair to his own compatriot, Sir Guy of Provence. At the conclusion of the Third Crusade, the two friends were Embraced on the very same night. From that time forward they were intended to be a younger analogue to the two ancillae, with the honourable and practical Phaedymite performing as an able second to the charismatic and soldierly Ventrue. Both aspired to step on to the via eqitae and conduct themselves like true Paladins, and they ardently pursued that goal over the intervening years while they waited for their sires to build the groundwork for the next crusade.

During the course of the Fourth Crusade, Sir Martin and Sir Arnaud served as a moral standard to which others might aspire and other neonates involved in the pilgrimage began to form up around them, and often looked to their example. While some may have speculated on the nature of their friendship, none were willing to so much as gossip about it. Sir Arnaud and Sir Martin were not an active part of the Small Council, but they were expected to be present and to take notes of the proceedings so that they would be prepared for their role as leaders of subsequent crusades.

Along with several score men-at-arms, they were assigned to the Concord by Petrus so that they could establish a cordon around the haven of the suspected saboteur, Erzebet Toth. They also participated in the capture of Aglaia, the ousted Brujah prince of Corcyra, a perilous escapade that brought disaster to their immortal friendship.

Standing at the prow of a small boat near the island of Hagios Dimitrios in the Bay of Corcyra, Arnaud and Martin spoke of their devotion to each other. Moments later, the submerged Brujah attacked the Cainites in the boat. The two crusading knights, the Tzimisce Veceslav, and the Toreador Lotario plunged into the water to subdue her. Striking with their daggers, the two knights struggled to fend off the furious assault of Aglaia. The former prince tore Arnaud’s throat with her fangs, grievously wounding the Phaedymite. As he slipped down into the murk, he must have known that his fellows would struggle to hold her off without him, so the valiant troubador then marshalled his will and, living up to his name, bravely steeled himself and reentered the fray. He paid for his courage with his unlife, as Aglaia then ripped his heart from his chest. His noble sacrifice managed to buy precious seconds for Sister Maude to freeze the Brujah with her dark arts, allowing Lotario Acuto to stake the frenzied woman.

Sir Martin’s grief at the loss of his dear friend was palpable to the rest of the Cainites of the Fourth Crusade. He worked to manage the duties of his departed friend as well as his own, but it was clear to all that the two Cainites formed part of a great whole that had become irrevocably diminished.

Lineage: Arnaud the Brave was of the 8th generation. He was the childe of Sir Petrus the Troubadour (d), childe of Marcia Felicia Licinia, childe of Phaedyme, childe of the Black Mother (d), childe of Zapathasura. He was also the younger consanguineous brother of Francis of Toulouse. 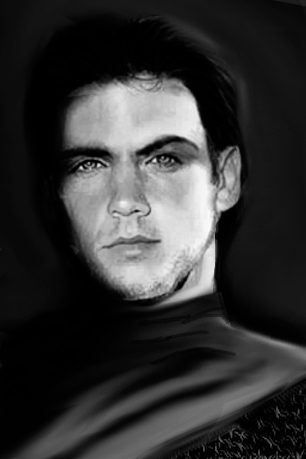