A knight of the Clan of the Rose, roped into the Fourth Crusade through the machinations of his sire. He spent more than a decade in torpor after 1204, and he has now made a place for himself in the Latin Empire.

The very picture of the chivalric knight, this man is handsome, tall and broad of shoulder, possessed of deep blue eyes and dark brown hair. He is garbed in shining mail and bears weapons crafted to look as beautiful as they are deadly. His white tabbard bears the device of a crimson and gold rose between fillets of azure. 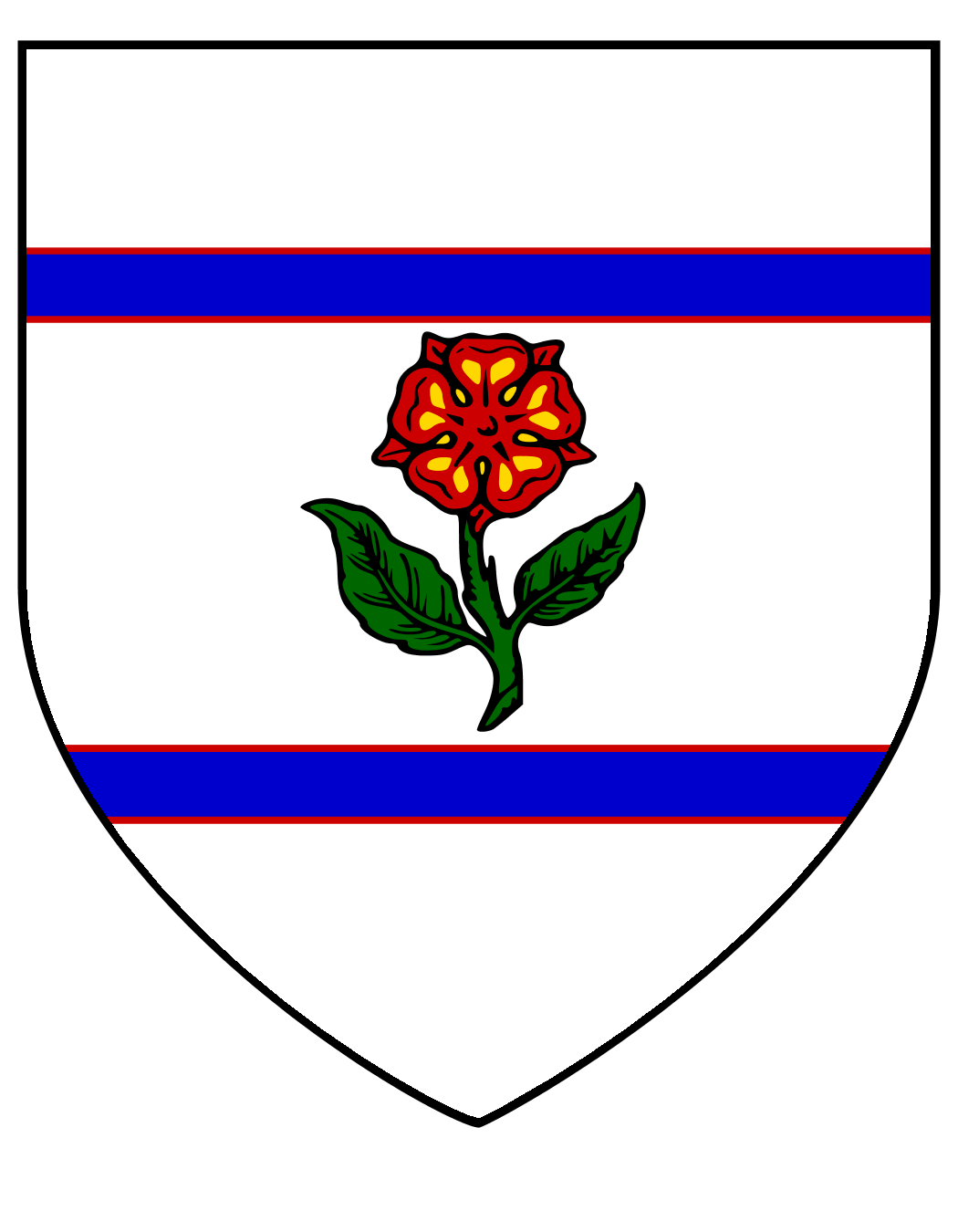 The coat-of-arms of Herpin, Chevalier de Belfort. He added the gilded rose to his family’s standard after he was Embraced.

A well-born knight, third cousin to the Montfaucon counts of Montbéliard in Burgundy, Herpin was sent on pilgrimage to Jerusalem in 1195. The ostensible purpose of this journey was for the young sybarite to discover his piety and gain salvation for his sins, but rumour has it that he was packed off to avoid certain death at the hands of his own cousins after leaving his cousin, Agnès, in the “family way.” Journeying to the East, the monied traveller elected instead to make his pilgrimage a tour of the finest taverns, bawdy houses, and lustrous sites of the Orient.

He made it as far as Thessalonica before his cavalier nature and philandering ways caught the attention of a true Sinner, Lady Mabile de Montceau. The ancilla was immediately drawn to the young knight’s sensuality and sense of adventure, and after watching him for a few weeks decided that he was destined to be a vampire. She approached him and asked a few leading questions to discern whether he had the will and quality to be like her, and then Embraced him with very little consideration of whether Herpin was ready for, or desirous of, the existence of a Cainite.

In truth, Herpin’s horror at his new state had far more to do with the vista of pleasures now denied him than the necessity of the hunt, or the need to feed. He had always approached life with a certain predatory zeal, and the needs of others had always been secondary to his own gratification. But to never eat new food, or drink new wine, or properly devour the body of a new sexual conquest — these things troubled him.

Mabile was correct in her approximation of his qualities, though. Many nights she would not hunt at all, instead merely watching her “natural” hunt and feed with rapt delight. Thessalonica was in a lawless state; with neither prince to hold praxis nor elders willing to lay down the law. It was a wild and exciting theatre to educate a fledgeling. Over the 5 years preceding the Fourth Crusade’s arrival in the East, she carefully guided Herpin toward the via peccati, systematically stripping his humanity and replacing his values with those of her own morality. When she encountered Felix of Vaucluse, however, Lady Mabile saw a new potential convert, and left her childe to make his last critical steps on his own.

For his part, the young Toreador was almost ready to step onto the Road of Sin, but there were a few stumbling blocks that hindered his progress. Mabile had inculcated in him a thirst for the blood of the innocent, but something in Herpin was repulsed by the notion of feeding on children or the truly, innocently, spiritually devout. Although he sought to hide the “weakness” from his sire, he avoided situations where he might find himself ravenous in sight of these targets, so they need not become his victims. Unfortunately, his weakness was actually well known to Lady Mabile, Sir Felix, and certain others of his entourage, and they delighted not just in watching the fledgeling hunt, but placing these targets in his way so that they might watch his struggle and inevitable capitulation to the thirst…

Perhaps at the instigation of his sire and her new patron, Sir Herpin was present on the attack on the faux-treasure boat in the winter of 1203-1204. He charged into battle against the disguised Lotario and Brother Adalbert, only to be swiftly outclassed by the brawling prowess of the former and Dread Gaze of the latter. He was subdued and soon staked. For months he existed at the mercy of the Baron’s Gangrel who took custody of him at the conclusion of the battle. They starved the young Toreador and he soon slipped into torpor, only to be rescued and unstaked by the forces of Duke Guy when they stormed the Citadel of Petrion on the 13th of April.

The torpid Sir Herpin would be left in the basement of a sacked mansion while Guy went on to fall at the hands of Belisarius and his allies later in the Great Sack. The manse would fall under the ownership of Martin de Toulon when the dust from the war settled, and the generous young Ventrue watched the torpid knight for more than a decade before he awoke in AD 1215. Now active in the Latin Empire, Sir Herpin has had a difficult time adjusting to the fact that not only did the Fourth Crusade vanquish the timeless Eastern Empire, but that his cruelly beloved sire did not survive the fallen empire.

He is grateful to Sir Martin for saving his unlife, and now serves him as a coterie-mate and sworn sword while the Ventrue sets about building his own legacy within the new Latin order. However, Herpin does find that his new friend and master is intolerant of his vicious hunting methods and less than chivalrous conduct, and he agonises over whether he should continue to step onto the via peccati or imperil himself by attempting the more difficult recovery of his humanity. 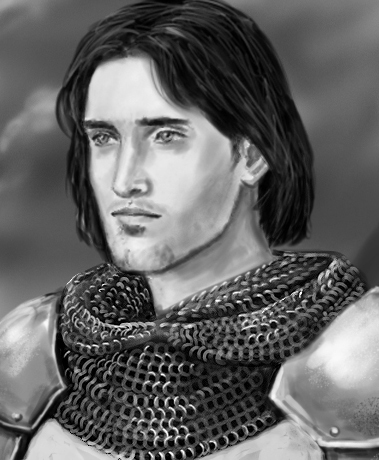