This Child of Judas is a slum lord and a dealer in exotic drugs from the East. His services are much in demand by all parties and factions within the Queen of Cities, and he has come to lead the Settites in the city.

A slender, middle-aged Frank with a scar running down his left cheek and long black hair shot through with grey. He wears the finery of a minor noble or prosperous merchant, and is armed with a dagger. His eyes sparkle with good humour. 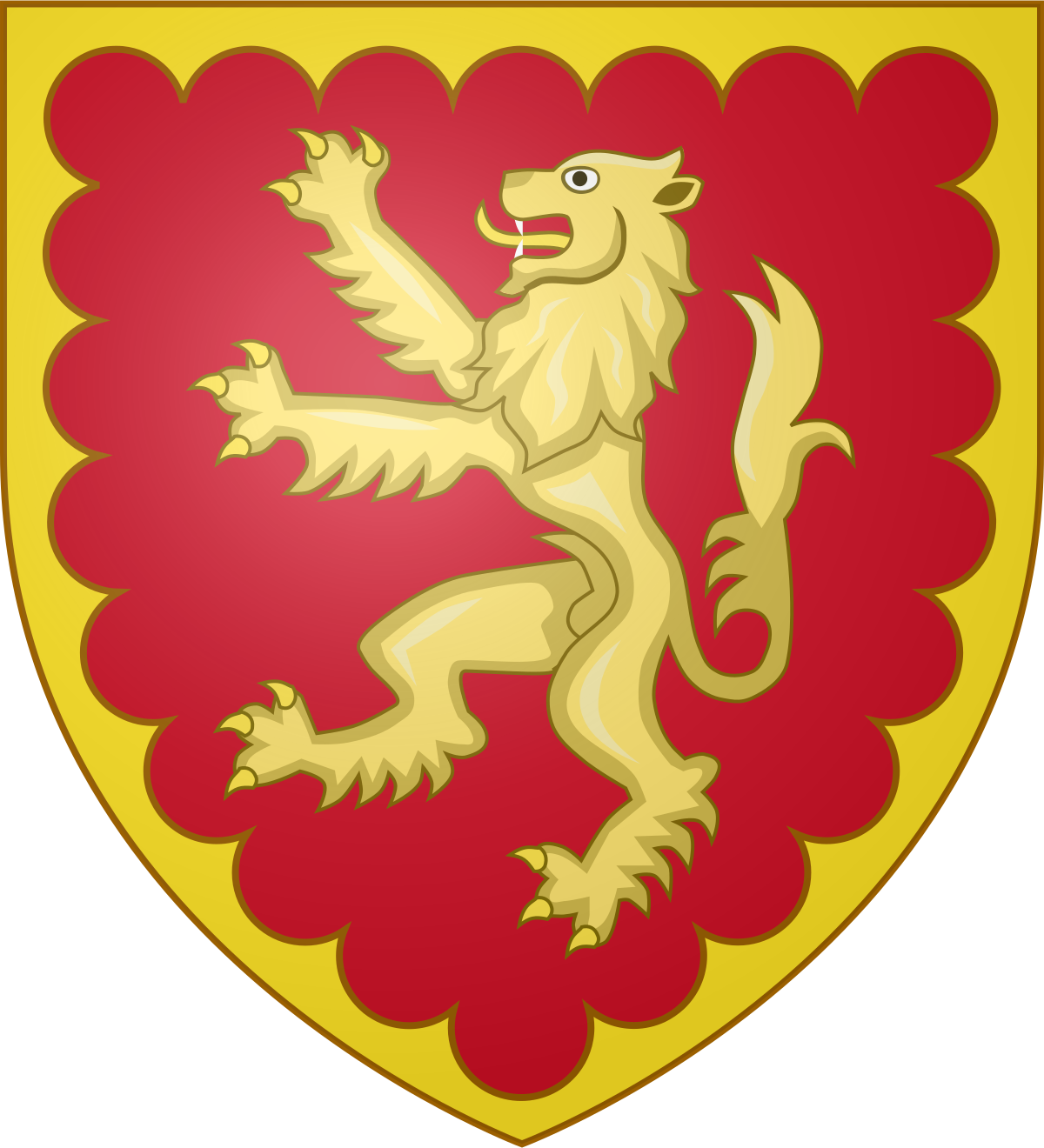 Since the Great Sack and the subsequent rise of the Latin Empire of Constantinople, Sir Jules has taken to playing up his Norman heritage in order to smooth over relations with the conquering Cainites. In keeping with this, he now makes use of the rules of heraldry that have developed in the West during his absence, and he is known to display the heraldry of his mortal kin from time to time.

Sir Jules is an Norman French-Englishman who is very far from home. Unlike many Frankish knights that have made a place for themselves in the East, he did not arrive on crusade. Rather he is a sybarite of the highest order with little interest in moral or ethical behaviour, and it is rumoured that he fled his native shores for the east after being accused of witchcraft. It is thought that he was the disowned son of Geoffrey Talbot, a minor baron who was awarded lands in Kent for his part in the Norman Conquest, and that his relatives still hold lands near Longueville-le-Giffard. In any case, after several years in Constantinople amassing a fortune through decidedly underhanded but nonetheless impressive means, he was first ghouled then later Embraced in AD 1116 by Sarrasine of the Children of Judas.

As a slum lord, slaver, and procurer of rare vices, Sir Jules found himself much in demand throughout the Latin Quarter, where there has never a shortage of need for fresh vessels and diversions. His skills would also eventually earn the patronage of many Michaelite Toreador and not a few of the other Greek Families as well. He was quite welcome at Bishop Alfonzo’s Blood Feasts, but the Michaelites and Antonians did not invite him to their festivities, even when he did provide the “refreshments”.

As the most common Child of Judas to frequent the Latin Quarter, Sir Jules was present in the Saut Aswad when Bishop Alfonzo made his offer to reward those who brought to justice the murderers of his progeny Juliano and Adrianna. He was there in the company with the degenerate Toreador Gallasyn, whom he swiftly abandoned to make the acquaintance of the coterie. The Child of Judas was quick to offer the resources of his Family (such as they were) to the coterie, and Sir Conrad discovered Sir Jules to be an amiable, if unsettling, conversationalist.

Years later, when the Concord was active in the city as part of their attempts to steer the Fourth Crusade away from attacking the capital, Sir Jules was encountered many times. Over the intervening years, having found the Norman to be made of the same slippery stuff as Sarrasine, Sir Conrad had wisely learned to steer quite clear of the Settite, and he warned his companions to do the same. Even so, Sir Jules and his business partner, Anastasia Theophano, repeated his earlier offer of service to the Concord and extended a welcome for them to hunt at their tavern in the Genoese Quarter. The Eye was something of a rival to the Saut Aswad and even the Silk Road, and it had become a locus of revelry among the less well-heeled vampires of the Latin Quarter.

Unfortunately, when the Great Fire of November, 1203, swept the city, the Eye was not spared. The tavern was destroyed with Anastasia inside, and Sir Jules was genuinely distraught at her loss. Very, very few people mourned her though, and most quietly applauded her apparent demise.

When Khay’tall was murdered on Ash Wednesday of 1204 and Sarrasine subsequently quit the city, Sir Jules was suddenly thrust into prominence as the most well-known and best-connected Child of Judas in Constantinople. He had long enjoyed the favour of his sire, who had delegated many duties to him over the years, so he was the obvious choice to step forward into a leadership role, and both he and his assets survived the forthcoming Great Sack relatively intact. His capacity to blend in among the Franks and to think like them made the congress of his brothers and sisters easier over the coming years, and of all the old Families of the broken Trinity system, the Children of Judas have actually improved their position with the rise of the Latin Empire of Constantinople.

Many years later, Sir Jules continues to go from strength to strength. The Children are welcome in the court of Prince Alfonzo and in the Elysiums of the remnants of the Michaelites and the Antonians, who need his services more than ever. Moreover, in 1216 he was overjoyed to discover that his old associate, Anastasia, had survived the destruction of the Eye but had lain in torpor for years. Now forced to start again, he had her enviable skills at his disposal as his subordinate, and in order to keep her pliable he has taken care to reward her generously (but not too generously) for her service. Other Decadents have slipped into the city, and they now work as a potent coterie to hold their ground in the increasingly fluid political climate of the Queen of Cities.

Lineage: Sir Jules Talbot is of the 8th generation. He is the childe of Sarrasine, childe of Khay’tall (d), childe of Nehsi; further lineage is unclear, but Petronius speculated that Nehsi might be the childe of Heqaib, an ancient Hierophant of the clan known to be headstrong. Heqaib was the childe of Set. 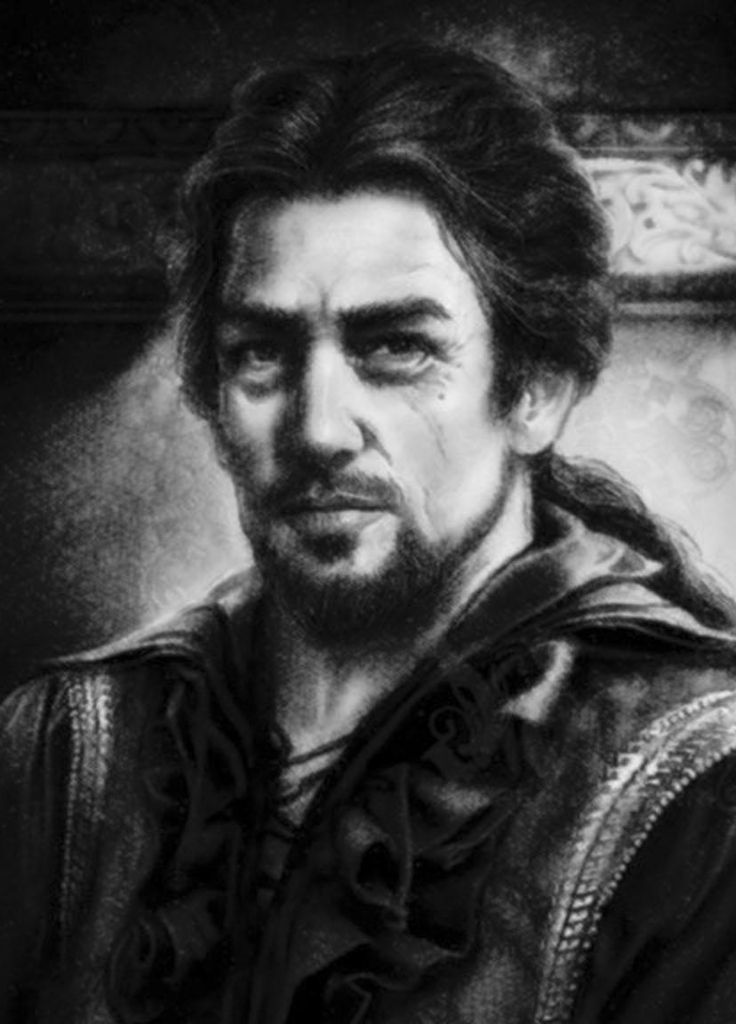