This fugitive knight of the Rose is handsome, dashing and witty, as well as a skilled with charcoal and brush and a noted troubadour. He would appear to be everything a Toreador should be. Why, then, did he turn traitor to his clan and the Courts of Love?

A very dashing young Frenchman with handsomely formed, even cherubic features. At Magdeburg he had short, unruly dark hair and expressive, deep blue eyes. Although he bore the arms and the spurs of a knight, his garb and mannerisms were that of a courtier rather than a warrior. His device, three argent swans and a chevron on a field of blue, was worn prominently on cloak and tunic.

Presumably, the fugitive knight now keeps a much lower profile, and he would be a fool to continue bearing his distinctive symbols. 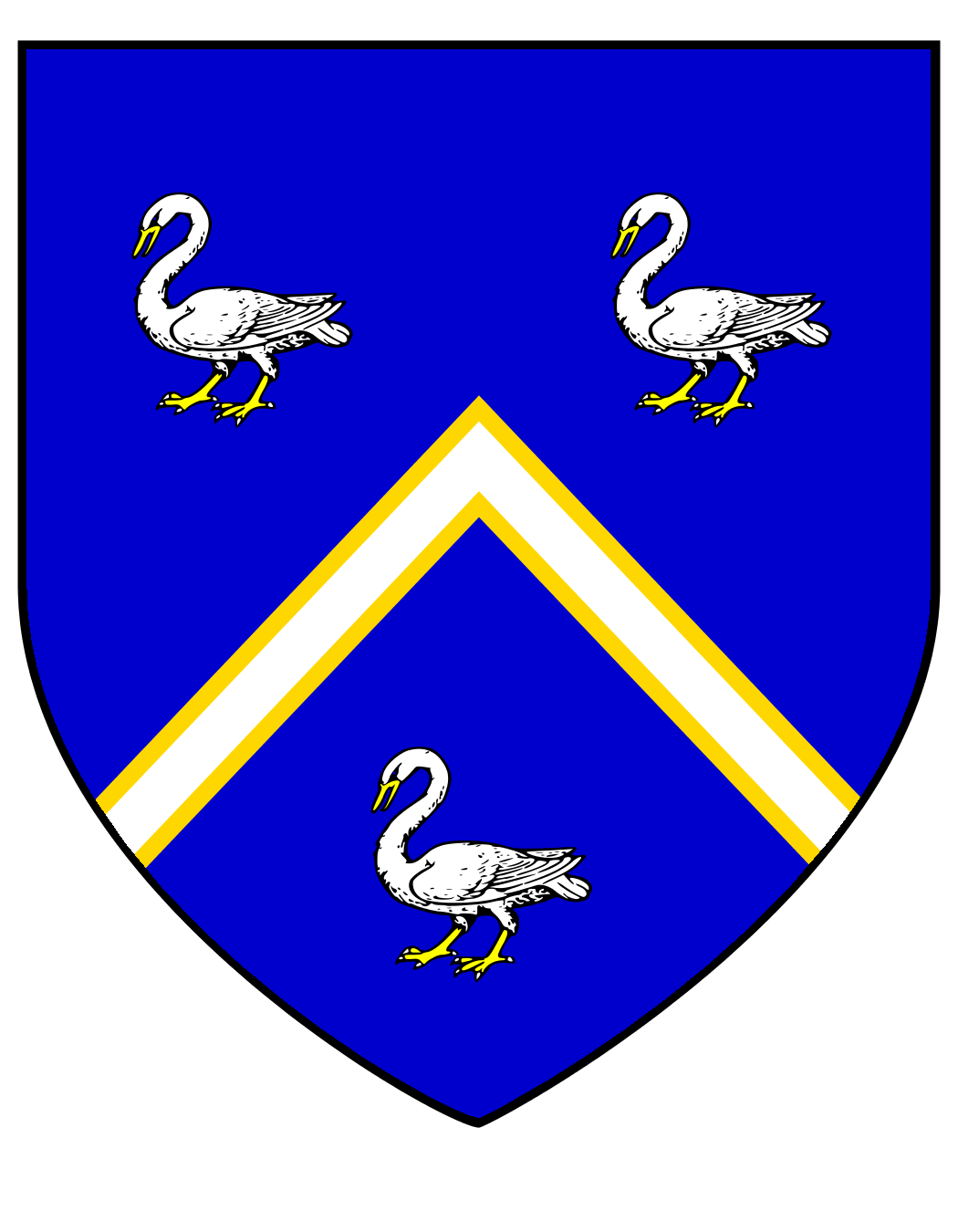 The coat of arms of Lucien, Chevalier de Troyes. It has been struck from the lists of the Courts of Love, but many Cainites across France and the Holy Roman Empire have taken note of it, for young Lucius has a sizeable price on his head.

A neonate of the Toreador clan and the French Courts of Love, this dashing, handsome young knight seemed, at first blush, to be the epitome of chivalry. At the spring court of Lord Jürgen at Magdeburg in AD 1211, Lucien de Troyes charmed and entertained the envoys of the High Clans with his chivalric manners and the skills of the troubadour. He displayed considerable ability with song and verse, as well as the vielle and the lute, and his talent for sketching uncannily accurate likenesses of the gathered Ventrue, Lasombra and Toreador was much admired. Overheard saying that he was Embraced on a battlefield in AD 1183, it was obvious to those around him that the the young Toreador had far more stomach for love than war.

When Jervais, Alexia and Thierry conducted their own entertainments via the Whispers of Truth ritual, a signet ring worn on Lucius’ finger revealed that he was haunted by a deep and abiding fear of some sort. Whatever that fear was, the aghast Toreador refused to relate; he quickly withdrew from Jervais and left the hall to compose himself. He soon returned, his insouciant facade in place, and resumed his efforts at charming the lords and ladies of Lord Jürgen’s court. Alas, this would appear to have all been an act. For Lucien, or Lucius as he prefers, soon proved himself to be a blackguard of the worst sort, participating in an ill-conceived scheme of the Tremere envoys that would later come to be called the Magdeburg Affair.

The part that Sir Lucius played was integral to the balance of the Tremere plan, for as Lady Rosamund’s escort and bodyguard, he had full access to the Sword of Sceptres and Roses for the full length of the journey from Paris to Magdeburg. It was Lucien who painstakingly sketched the sword for the Warlocks, so that they could have a duplicate made, and it was he that later made the switch with Albin the Ghost, passing the true sword off for the false. As the plan unravelled under the scrutiny of the experienced coterie known as the Concord, Sir Lucius lost his nerve and fled the city.

Attempts to Summon the neonate to answer for his crime mysteriously failed, and Sir Lucien disappeared into the vastness of Eastern Europe. His betrayal of trust was not forgiven, and despite the appeals for clemency offered by Lady Rosamund and his own sire, Sir Josselin, the Queens of Love declared a Blood Hunt in absentia. Lucius can never return to his beloved France, and his life would be forfeit in caught within the demesnes of Lord Jürgen von Verden as well.

His current whereabouts are unknown.

Lineage: Lucien, Chevalier de Troyes has brought shame upon an otherwise unbroken and highly regarded bloodline. He is the childe of Josselin, Chevalier de Poitiers, a Rose knight much admired for his handsome face, gallant nature and loyalty to his own sire, Isouda de Blaise, the Queen of Love for Chartres. She in turn is the childe of Galwinda, le Danseur de Dreux, who is the childe of Dryantilla Murcia (d), a noted Toreador of ancient Rome. Dryantilla is the childe of the 4th generation methuselah Helena, who claimed to be the Helen of Troy. Helena was always quiet about her own Embrace, but it is presumed that her sire was none other than Arikel herself. 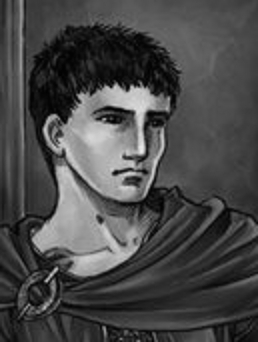