This clanless vampire was the prophet and leader of the apocalyptic cult known as the Chosen of Calomena. He was destroyed by the Concord on the 12th April, AD 1204, burned to the Final Death by the torch of one of his own followers.

This man was a classic Slavic beauty, with shoulder length black hair framing a round face with a strong chin and full, rich lips. His deep black eyes gleamed with blood, as if he was on the verge of tears. He typically dressed in the simple robes of a penitent.

For many years, Stanislav could well have been one of the most dangerous vampires in Constantinople, at least to its other vampires. And yet, he was oft dismissed by both the Cainites of the Latin Quarter and the Romaioi of the Families. Possessed of extraordinary charisma, willpower and the courage of his convictions, this Caitiff “Carrion” prophet led the Chosen of Calomena, a doomsday cult dedicated to bringing about Gehenna. Twice the Concord was drawn into the intrigues of Stanislav and his followers. The first was in AD 1196, when they were co-opted by Bishop of Alfonzo of the Narsene Lasombra to find the murderers of his favoured childer, Juliano and Adrianna. The second was in the dying months of AD 1203, when Arbiter Petronius of the Michaelites asked them to find the kidnapped Muse of Performance, Gregorius Dimities. In the wake of the second disturbance, the formidable Michaelite investigator Lotario Acuto was placed on the trail of the Chosen, so that they might be “dealt with” for good. During the course of his inquiries, he discovered the following.

It is said that the prophet was a mortal follower of the Bogomil Heresy. According to the heretics, the world is the construct of Satan and — of interest to vampiric scholars — Caine was the child of the Devil. The Bogomils of Stanislav’s sect also maintained that Caine had a twin sister named Calomena. The prophet has apparently said that his mistress chose him even before he was cursed, sending him visions of the end of days and the place of he and his followers in the salvation of God’s people. She stated that the Childer of Caine were the personification of material evil, and that their influence — nay, their very existence — strengthened the hold of Satan on the pure souls of the world. Only the Caitiff had been chosen by Dark Calomena to resist them; placed among the undead to prepare for her return and herald the Apocalyptic fire. According to the words of Stanislav, only Gehenna will create the conditions necessary to unlock the pure, Godly world of the spirit and allow Calomena to step forth into the material world and redeem it.

Embraced by an unknown sire in the Balkans, Stanislav gradually gathered a coterie of supporters and a cult of Bogomils. Unwelcome in the demesnes of the Bulgarian Tzimisce, they were driven ever further south and east before emerging into the Byzantine Empire in the 1180s. In 1187 they made their way to Constantinople, with Stanislav and his followers being made personally welcome to the Latin Quarter by Bishop Alfonzo. The crafty Narsene bishop, only recently arrived in Constantinople himself, was confident that the chaos that the Chosen would create would allow him to cement his position in the Latin Quarter. Under his protection, Stanislav and his followers established a preaching base, but then promptly went underground.

Incidents of witch-hunts erupted throughout the city after the arrival of the Chosen, and no Cainite sect was left unscathed. Ironically, the Narsene Lasombra who first protected them suffered the most, for Bishop Alfonzo lost his favoured childer to Calomenan witch-hunters in AD 1196. The coterie that would become known as the Concord, in its formative mission, located one of the safe-houses of the cult near the neighbourhood of Saint Demetrios and destroyed a number of Stanislav’s most powerful followers. They also attended a Blood Feast where a tortured, ruined Cainite, purported by the Narsene Lasombra to be the prophet himself, was executed with flame and steel.

However, this was eventually revealed as a calculated attempt to save face. In AD 1203, when the Michaelite Muse of Sculpture was reported missing, the Concord (whose reputation for handling such matters had become well established) was called upon to investigate once more. Using methods both arcane and mundane, the coterie tracked the trail of clues to a ruined mansion in the nearly abandoned suburb of Arcadius. There they discovered that the prophet of Calomena had established a following of no less than thirteen vampires (including seven Cainites that appeared to be of the Romaioi Families) and scores of mortals. At great personal peril, they rescued the muse and managed to flee back to the safety of the Great Palace.

During the struggle surrounding Gregorius’ liberation, Stanislav was revealed to be quite adept at the Disciplines of Chimestry, Presence, and perhaps Dementation, judging from the hallucinations that Lotario and Brother Adalbert suffered for weeks afterwards.

Despite weeks of dedicated, exhaustive investigation, Lotario failed to discover the secret haven of the Chosen of Calomena but he did discover that they had some method of traversing the city unseen. His search had moved to the underground sewers and cisterns before he abandoned his work in favour of helping his sire, Galatea, escape the clutches of Sarrasine. He did manage to confirm the names of a handful of Calomenan cult leaders, however, including Lado, Adana, and Boris.

Stanislav and the Chosen of Calomena were encountered one last time by the Concord. On the night of the 12th of April, AD 1204, as the Fourth Crusade rampaged through Constantinople raping, pillaging, and burning, the two groups chanced upon each other in the burnt husk of the Genoese Quarter. Stanislav was accompanied his bodyguards Lado, Boris and Adana, a number of cultist ghouls, and the traitor Romaioi Cainites Theophilus, Dorotheus, and Basil. Distracted by their ardent efforts to set fire to the city, as well as the maddened antics of Sister Maude Khlesl in the opposite direction, the Calomenans failed to take note of the hidden Concord.

Caught by surprise, the cultists were no match for the might of their enemies. Shot and sorely wounded by both Iulia and Brother Adalbert, Stanislav used his command of Chimestry to create a wall in order to obscure the sight of the archers while he attempted to heal. Sister Maude Khlesl then snatched up a discarded torch from one of Stanislav’s followers and hurled it at the prophet. Her aim was true, and Stanislav was engulfed by the hungry flames. Despite the courageous sacrifice of Boris, who sought to smother the flames, the cult leader perished moments later, destroyed by the very fire by which he so brazenly sought to judge the city of Constantinople. The senior leadership of his people followed him to the Final Death immediately thereafter.

It would appear that finally, the Chosen of Calomena are no more…

Embrace: Thought to be the middle of the 12th century. 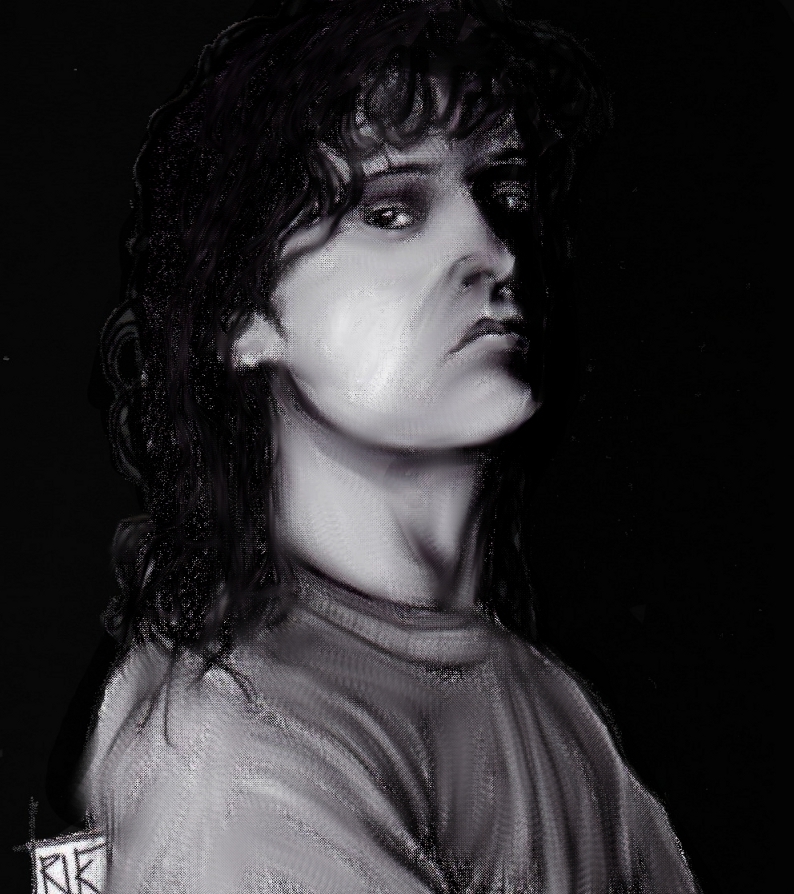