This formidable noblewoman is the daughter of Burgrave Albert and Burgravine Livia, as well as the wife of Axel Dressler. She appears to affect a modest demeanour, but it is clear that she has the haughty confidence that only the high-born can muster.

A very beautiful, if cold, young noblewoman of the Siebenburgen. There is a stubborn, perhaps even angry, cast to her dark eyes, but her manner is otherwise decidedly demure. Her features are exotic; full lips and a narrow chin bespeak her Vlach heritage, while her cheek bones and broad shoulders seem to be more Saxon in nature. While she wears modest fashions common to Kronstadt, much of her jewellery is of an antique, local design. Judging by the precious stones she wears in her rings, and the colour of her habitual dress, she appears to favour the colour green. A dagger of exquisite craftsmanship and decoration is belted at her waist.

Tatiana Dressler was encountered by the Ashen Band in the village of Lünedorf during the spring of AD 1214, shortly after a failed ambuscade by a band of Cuman Gangrel and their mortal thralls. Carrying a number of wounded, and concerned about the danger to the Sixth Tradition of healing the mortals with their own vitae, the decision was made to seek the aid of the Dresslers, a prominent edler family whose estates lay nearby. They found the family receptive, particularly Karl and his son, Axel. However, Axel’s wife, Tatiana, chose to keep a somewhat suspicious distance, rarely straying from her post next to the fireplace. She watched them cautiously from afar, and the more astute among the Band noticed that she seemed to view the Cainites in the room with a rigid, fearful, awareness that indicated she might have an understanding of their true nature. It may also be the reason she chose to keep fire close at hand. On a number of occasions, she called her children to her when they strayed too close to the undead in the room. Her apparent caution was given further weight when the village wise-woman, Madalina, also arrived and viewed the coterie with unerring suspicion and fear. Once more, the hearth wisdom of the Vlachs had shown itself to be formidable.

The youngest daughter of Albert Rutan von Swartzinburg and his wife, she is widely considered to be one of the great beauties of the Burzenland, and no shortage of suitors vied for her hand in her formative years. Most notable among them were Johannes von Hermannstadt, also known as Ivachin, who now rules that land. It was with considerable surprise then, that she was instead wed to Axel. The Dressler family was noted within the burgraviate, but their prestige was hardly equal to a good many of the small army of nobles, knights, and chieftains that darkened the door of Lord Albert’s residence. The justification for the match has never been made public, but it is thought that the union was welcomed with great joy by both families.

The marriage appears to be a healthy one, judging by the warmth that was obvious between wife and husband that evening. This is perhaps predicated upon Axel’s strong sense of justice and fair play, as it is known that each of the Rutan sisters are known to have strong opinions, especially with regards to the need for integration and equality between Saxon and Vlach. Also, Tatiana appears to take pains to at least appear the dutiful and humble Saxon wife that her mother-in-law Eadith expects, even though it would seem that she is much, much more than the veneer that she puts forward. Finally, the couple have three children: Bernerd, Livia, and Christine. The last, little more than a toddler at that time, did not stray from behind her mother’s skirts during the entire encounter. 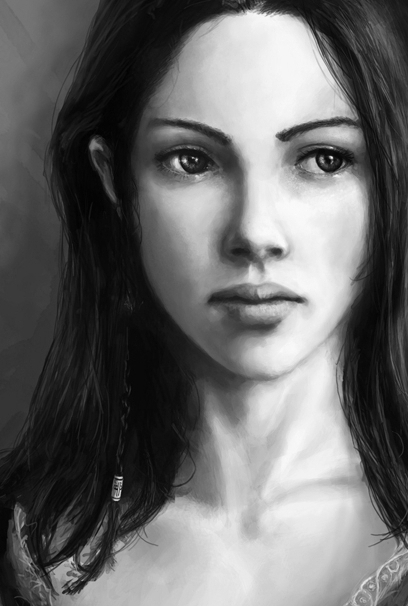