An ancient jurist and military historian who quietly resided within Constantinople for many centuries. He existed outside the Trinity System but allied to it.

An exotic man with Hellenic features but pure black skin, dressed in rich Byzantine robes. He has shrewd, light brown eyes and a young face, though his black hair is speckled grey along his temples and in his short, pointed beard. Although he disguises it well, he walks with a slight limp.

(Expanded from the character as presented in Clanbook: Assamite Revised, pp. 98-99, and the White Wolf Wiki).

As leader of the small community of Assamite viziers that have quietly made their homes in Constantinople for centuries, Tegyrius was long an ally of the Trinity Families and the Dream. Indeed, the Children of Haqim were peripherally involved in the Dream for such a lengthy time that those who follow the history of the Cainites of the city have wondered why Tegyrius and his followers were never granted Scion status. The truth may never be revealed, for the venerable Ancient vanished from the city immediately after the Great Sack.

Among Cainite scholars, Tegyrius is known to have subtly assisted Justinian and his advisor Tribonius (who had infiltrated the court masquerading as a mortal jurist) in the formulation of the code of laws that would come to bear the emperor’s name. He would also be of considerable assistance to Tribonius in the creation of the Codex of Legacies, as well as a number of advisory works to assist in its interpretation. From time to time, he also assisted the Qauesitor Tribunal on points of Cainite custom and law, and on the occasions when he consented to make himself available to the Elysiums of the Families, he was known to grow loquacious when he had a captive and erudite audience. He has said that he was a Macedonian soldier in the army of Alexander the Great, where he served as a cavalry officer under Parmenion throughout the Balkan Campaigns and later the conflicts at the Granicus, Dascylium, Magnesia, Tralleis, Issus, Tyre, Sidon, Damascus, Jerusalem, Ashkelon, Pelusiam, Memphis, Urhai, and Gaugemela. It was in this last battle that he was maimed when his horse fell and crushed his leg. Reduced to working for Alexander’s army as a mercenary liaison officer, he would be sent back to the Levant as a mercenary liaison while the great army continued on to glory in Babylon, Persia, and beyond.

It was after his return to Sidon that his natural intelligence and organisational talents drew the attention of an Ancient of the Banu Haqim. Worshipped by the local Semitic peoples as a goddess of both war and peace as well as fertility, this methuselah had dwelt in Sidon since the time of the Phoenicians, quietly watching over the port city and ensuring its growth and stability. This ancient Assamite, who called herself Anath, was fascinated by Tegyrius and cognizant of the fact that her world now belonged to the Greeks. She approached the maimed warrior, captivated him with her charisma and knowledge, and brought him across perhaps a year after the Battle of Gaugemela. Anath was ancient in truth, for she spoke firsthand of her nights of serving as a judge in the Second City. Indeed, her tales of its fall not long before the rise of Jericho impressed upon Tegyrius the need to build civilisation and preserve it through the use of law and the dissemination of knowledge. Over the following centuries he would devote himself to these fields, and by the time of the rise of Christianity his knowledge was parallelled by few even among the Children of Caine.

Upon the invitation of Tribonius and Antonius the Gaul, he first travelled to the Queen of Cities during the reign of Justinian, and his role in the creation of the laws of that emperor cannot be underestimated. Impressed by what the Triumverate had built, Teyrius accepted their further offer that he remain, and in the years to come he assisted the autokrator of the Lexor Senate in revising the Codex of Legacies and the Justinian Code with a body of supplementary guidelines that would serve Constantinople well throughout the centuries to come. It is unknown whether Michael, Antonius the Gaul, or the The Dracon ever offered to make he and his small number of followers a Scion family, but it is obvious that if this is the case the venerable jurist never accepted those overtures. Indeed, his impartiality was a great boon, for at those times when there was a legal impasse between the quaesitors, it was often to Tegyrius that they would turn. He also served as an early mentor to Flavius Belisarius after that worthy general’s Becoming, for his extraordinary (often firsthand) knowledge of the military sciences served to expand the understanding of the Antonian Military Prefect to a level unheard among mortal minds.

By the time that the Concord became active in Constantinople at the end of the 12th century, Tegyrius had become such a rare visitor to Elysium that his role was almost forgotten by all but the oldest and most knowledgeable Cainites of the city. Indeed, he and most of his followers had become quite reclusive, with only the amiable Fajr ibn Manikar being ready to accept invitations to court and petitions for his master. However, when Belisarius returned to the city in the 11th century, he was quick to reaffirm his acquaintance with the older soldier, and on the rare occasion when Tegyrius was afterwards spotted, it was in his company. In fact, it was an open secret that he was one of a select number of the oldest Cainites in the city who met occasionally at Belisarius’ request. They would exchange news of distant lands, recount tales of ancient events, reminisce over shared memories, and sometimes write it down.

This friendship served the Military Prefect well, for when the city fell to the Fourth Crusade and the Great Sack commenced, Tegyrius and this salon of elders were lured out of their quietude to take an active hand in revenging the Queen of Cities upon those who had wronged her. They cut a bloody swathe through the city, seeking to draw the attention of the Cainite Crusaders. Although they were truly devastating in this regard, their attacks were a diversion to set up an ambush on Duke Guy and his supporters. When the trap was sprung, Tegyrius in particular was noted for his odd, lame gait together with his blinding speed, a walking stick in one hand and an ancient makhaira sword in the other. It is said that he moved so quickly that he appeared to vanish from opponent to opponent, and he is said to have gloried in the fight, a savage gleam in his eye as he slew mortal and undead crusaders with contemptuous ease.

Following that night Tegyrius vanished. Neither the Concord nor the Cainites of Constantinople have heard anything of him in many years.

Lineage: Tegyrius is of the 5th generation. He claims to be the progeny of Anath, one of the first viziers of the Children of Haqim. More than 7500 years old, she has not been reliably seen since the third century AD but she is thought to still exist in torpor somewhere. Anath is the childe of Haqim himself. 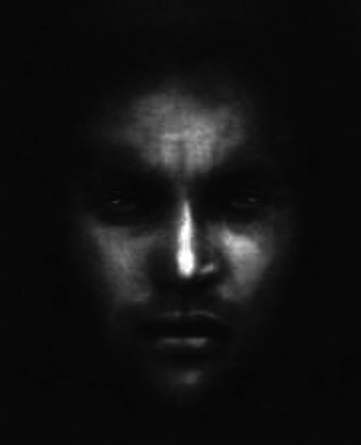