Sir Ulrich's "Blackamoor" is a figure of much gossip in the Burzenland. He serves his master as scout and sergeant-at-arms of the castle at Etteldorf.

A bandy-legged, strapping man whose dark skin marks him as an alien among the Saxons, Magyars and Vlachs of Transylvania. He might be considered handsome but for an old scar marring his right cheek, the slight cauliflower deformity of his left ear, and his tendency to frown guardedly. A mop of black hair and a full beard tends to lend him a furtive, even sinister air. Typically he is garbed in cuir bouilli, hunting leathers and a dun coloured cloak bearing the badge of his master. He is armed with a matching sword and dagger of sturdy make, a long hunting knife worn across the back of his belt. A black hunting hound common to the Magyars dogs his heels.

The coat-of arms of Sir Ulrich the Bull of Etteldorf, worn on the shoulder of Theo’s cloak.

This exotic soldier has been a resident of the Burzenland since 1214, having travelled there with his master, Sir Ulrich the Bull. Almost immediately after his arrival, wild rumours began to circulate concerning Ulrich’s “Blackamoor”. Gossip about his origins, his quiet ways and the grounds for his loyalty to the Saxon knight made the rounds of the taverns, alehouses and even the salons of the aristocracy and the more well-heeled merchants and craftsmen. Indeed, speculation regarding the Moor served only to enhance the mystique surrounding the reputation of Sir Ulrich himself, who is known to be distantly related to the powerful von Wettin dynasty of Saxony, and is also rumoured to have stayed a stampede of bulls in the city of Buda-Pest a number of years ago.

Sir Ulrich obviously seems to enjoy the sense of romance around he and his exotic servant, but for his part Theodor appears to be deeply uncomfortable with the attention. He is a loner, it would seem, more comfortable patrolling the hills, valleys and trails around Etteldorf than dealing with the rude curiosity and casual racism of the people of Kronstadt. He is guarded even with Ulrich’s henchmen, save for his fellow long-term retainers such as Heironymous and Father Dolph, both of whom manage to earn the odd grin or word of praise. His loyalty to Sir Ulrich is absolute, and aside from his lord only Ortrun would be accounted a true enough friend to be welcome at his fire unbidden. Although Theo has a room set aside in his liege’s keep, he is more comfortable bedding down in a narrow cave on the mountainside above Etteldorf.

Despite his obviously exotic origins, his first language is clearly the German dialect of southern Saxony.Theodor is also an excellent rider and mounted warrior. He is quite skilled in woodlore, and his knowledge of both domestic and wild animals is invaluable to his master. His chief function is as a scout, keeping an eye on the rugged and dangerously exposed pass south of the village, which in the past has been used by the Cumans to penetrate the Burzenland to disastrous effect. However, he also spends a considerable amount of his time riding the paths between Etteldorf, the southern Vlach villages and Lünedorf, breaking the road in for frequent travel and boosting the profile of Ulrich’s presence in the south. He is frequently joined in this last duty by a number of the young men of Kronstadt who have taken service with Ulrich, and sometimes by Ortrun of Etteldorf as well. 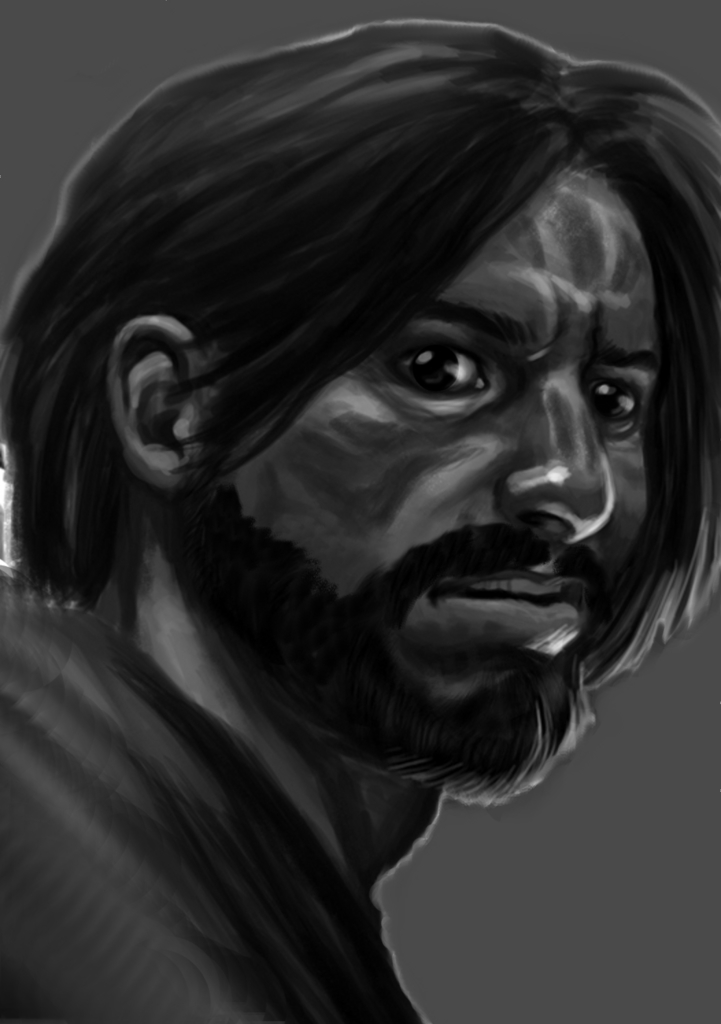