Once the Antonian Quaesitor Secretarius, this neonate continues to serve Anna Comnena in her new role as Prince of Nicaea. He is a skilled warrior and administrator.

A handsome, athletic, young Greek with very short brown hair and hazel eyes, looking vaguely uncomfortable clothed in court fashions. He has the look of a soldier about him, though he is armed only with a dagger.

Theodorus was a staunch believer in the Dream, and he was one of the better examples of an Antonian willing to do whatever he must to see Constantinople return to greatness. His belief that this could only be done through the auspices and abilities of his mistress was equally strong, and Theodorus was tireless in executing his duties on behalf of Quaesitor Anna Comnena.

Curiously, Theodorus was not even Anna’s progeny, nor even a native of the Queen of Cities, though he is of Antonius’ line. A commander among the Byzantine military stronghold of Monemvasia who had proven his administrative and military proficiency on a number of occasions, he was Embraced in AD 1159. The local Prince, Anastos, had seen an echo of his own great-grandsire, Antonius, in the manner with which Theodorus led the men. Theodorus served his prince and the Monemvasian Antonians for a number of years before asking leave to travel the empire and expand his understanding of his new existence. Prince Anastos gave him leave to do so, and he embarked upon a series of adventures where he fell into company with the Neapolitan Brujah Gemma di Fabrizio and the Cretan Cappadocian Kallistos Arvanitis.

In due course, after witnessing the aftermath of the Norman Sack of Thessalonica, Theodorus realised that his beloved homeland was falling upon difficult times, and he conceived of a desire to find a way to make himself useful. He arrived in the Queen of Cities in 1186, bearing a letter of recommendation from his sire. He was courted by several of the factions, but he swiftly fell into Anna Comnena’s camp owing to his fascination with her breeding, beauty, and intelligence. None, except for perhaps Irene Stellas, love and revere Anna more, and Theodorus conformed to his mistress’ every need. He despised Caesar Magister Nicepherus and his secretary, Alexander Rangabes, and worked to bring Anna into the leadership of the family at their expense.

During the Antonian Blood Feast in honour of the coterie, Theodorus led the Gold Team on the polo field, and was delighted to have the elder Belisarius and Sir Conrad of the Lexor Brujah volunteer for his team. He captained his team well, but they lost the match due to the efforts of Lord Symeon and Sir Gunthar.

Throughout the course of the following years, he ardently served his mistress as the rivalry between she and Nicepherus grew ever more acrimonious. In 1203, the Fourth Crusade arrived at the capital, defeated the forces of Emperor Alexius III, and an uneasy semi-occupation followed as Alexius IV and Isaac II struggled to raise the funds to pay them off and move them on to Egypt. Throughout the following months, the pointless intrigues of the Antonians caused them to fail to rise to the challenge of resolving the crisis, although Theodorus is credited with succeeding in drawing Belisarius out of retirement and into alliance with Anna’s camp. Efforts were made to draw patriotic soldiers from the provinces, and a number of lapsed regional Scions and Cainites who had once served the Military Prefect among the Varangians began to trickle into the city.

It was all for nought. Hostilities erupted before they were ready, and the Romaioi lost. During the Great Sack, Theodorus acted as the leader of Anna’s bodyguard, and while they lost much of their wealth, many of their pawns, and nearly all of their carefully cultivated influence, they both survived. A daytime attack by mortal crusaders almost took their unlives, and it certainly left them without many of their trusted swords.

In the wake of the fall of Constantinople the coterie of Anna, Irene, and Theodorus attempted to make a place for themselves in the new Latin order, but they were ultimately unsuccessful at finding a place. In January of 1205, with their treasury and mortal pawns depleted, they were unprepared for a pre-dawn attack on their new haven in a dilapidated mansion in the district of Arcadius. The aggressors were mortal or perhaps ghouls, but the hunters were well-coordinated and well-prepared. If they had chosen their moment at noon rather than an hour before dawn, they could well have succeeded. Anna barely survived, while Theodorus was driven into torpor protecting her. The hint was taken, however, and she quit the city that very night, taking his body with her across the Bosphorus.

It is unknown how long the warrior lay in the grips of torpor, but certainly by the time she made her play for power against Prince Romanos of Nicaea in 1208, he was fully recovered and ready to be her strong right hand once more. The coup was successful, for indeed it had the popular support of many of the Cainites of the city, who approved of her plans to assist the newly formed Empire of Nicaea in ousting the Latins from their beloved, ravaged Queen of Cities. As the War of Princes continues to escalate, Anna remains as prince of that city and first among the Cainites of that rising empire, although she refuses to use the western titles and forms that her Latin enemies prefer. For his part, Theodorus enjoys the station of Archifýlax (warden, or sheriff), keeping order in the city at the behest of his mistress and prince. His influence among the armies of the Nicaean emperor grows, and he is likely to play an important role in Anna’s plans for the future. 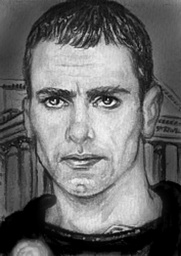