A powerful ancilla of the Gangrel. Toma the Bear and his pack haunt the nights of southern Hungary, but he has been known to travel much further afield on behalf of Morrow the Sage.

Nearly seven feet tall, heavy featured and almost hirsute, this creature would appear every bit the monster of folkloric nightmare but for the keen glint of insight in his hard eyes and the odd, silent dignity with which he holds himself. A half formed snout has replaced anything that might resemble a human nose. He is naked, but large patches of fur cover cover his back, his belly and his nethers. What little skin can be seen through the fur and his thick body hair is marred by many scars. His brown hair is short and coarse, and the remains of what were once truly lustrous side whiskers grace his cheeks.

In AD 1211, the feared Gangrel known as Toma the Bear travelled to the city of Magdeburg with his allies Morrow the Sage and Radim the Boar. There they made plain their scorn for the ambitions of Lord Jürgen von Verden to establish a substantial domain in the Burzenland, which lies in the heart of the demesnes of the Tzimisce. Unlike Radim, who barely suppressed his rage at the court, Toma said nothing and did not even so much as growl. After casually decapitating an attacking mortal Teutonic knight who intercepted the trio, he stood silent, contemptuously glowering at the gathered Cainites of the High Clans and nodding gravely at Morrow’s demands.

When Svenin the Tall later tracked down Morrow and her pack, he found Toma to be a Cainite of few words, but the older Gangrel readily accepted the viking as a clansman of good standing. After the ritual contest of dominance and submission between Svenin and Radim, Toma commented to the others that Svenin the Tall was spoken of with considerable respect in the clan Gathers of Bulgaria and the Balkans.

The viking has discovered that Toma roams the Great Hungarian Alföld (the eastern plain) and also the Transylvanian pass south of the Apuseni mountains, which also makes him Iulia’s occasional neighbour (or interloper). Just as Toma has heard of Svenin in the Alföld and Transylvanian Gathers, so Svenin in turn has heard of Toma in the Bulgarian ones, and he knows that Toma fought with Rustovitch’s armies against the Árpád Ventrue in the War of Griffons and Dragons in the early to mid 12th century. He boasts of having hunted and slain an entire coterie of Tremere single handedly, and to have slain three of the “shadow wolves” in his wanderings on the Alföld.Toma’s reputation is as someone who has a rough sort of honour; he sees himself as a “Defender of the Land,” willing and able to honour their ancestral alliances, so long as they are honoured in turn. As such, from time to time he has worked with the Nosferatu and Tzimisce to protect the sacred places of the old gods. Since the Gangrel learned of the perfidies committed against them by the Tremere, he has also been a staunch foe of the Warlocks.

He is a noted walker on the via bestiae, but unlike his friend Radim, Toma’s Beast does not appear to require him to act with excessive brutality or savagery. Rather, he is almost bear-like in his misleading quietude, exploding rapidly into violence and dreadful calamity when he feels the urge take him.

Svenin’s investigations have further uncovered the information that Toma and his pack have largely ceased their aggression against the Árpáds in recent years, being more heavily involved in the Omen War against the Tremere. Much of Morrow’s rhetoric regarding the place of the Gangrel as allies in the tripartite alliance with the Tzimisce and Nosferatu against the Tremere has been informed by Toma’s first hand experiences on the front lines of the war. It is also likely that Toma is Morrow’s touchstone with Vladimir Rustovitch himself, since the hunting grounds of the Gangrel and the demesnes of the Voivode of Voivodes are known to intersect.

Embrace: Toma declared that he had seen some 250 years, making his embrace some time around the turn of the 11th century.

Lineage: He is the childe of Todor, a great warrior who preys on the Magyars, the Szeklers, the Croats and the Serbs in the Balkans. Todor, like Toma himself, has long been a foe to the Árpád Ventrue; their interference has been instrumental in curbing the expansion of the Árpáds in the south. Todor in turn is the childe of Arnulf the Goth, whose deeds and reputation require no further elaboration. Arnulf’s line claims descent from Pard the Wanderer, who has not been seen reliably in centuries but is thought to be more than 2000 years old. Pard’s 4th generation sire is unknown. 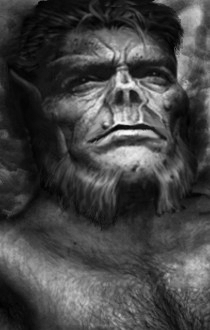