A diplomat in service to the Sea of Shadows, Tommaso was an obnoxious and disruptive influence on the Cainite Council of the 4th Crusade.

A good-looking Italian with sharp, angular features and a fashionable goatee, dressed in the fine apparel of a well-to-do merchant. His grey eyes are sharp and calculating, and he bears a slightly haughty expression. He is armed with a dagger.

(expanded from the character as presented in Bitter Crusade, pp. 83-84, and Dark Ages Clan Novel: Lasombra).

Tommaso began his mortal existence in Venice, the son of a prominent merchant, and he spent much of his youth travelling the Mediterranean with his father and uncles. Those travels took him to the Byzantine Empire, the Caliphate of Egypt, and the holy city of Jerusalem. He soon acquired fluency in Arabic and Greek, as well as a keen business sense. Despite the protests of churchmen, Tommaso saw nothing immoral about trading with the infidels for although a Christian, he was never especially devoted to his faith. Instead, he found fulfillment in mercantile endeavours rather than matters of religion.

All that changed when Al-Hakim, the Fatimid caliph, ordered the destruction of the Holy Sepulchre and all the Christian sites of Jerusalem in AD 1009. Tommaso and his family had the misfortune of being in Jerusalem at that time. Caught by soldiers under orders from the mad Al-Hakim, Tommaso’s family were killed. The young man escaped- for a time. He hid in the streets of the Old City for days, avoiding the wave of anti-Christian zeal fostered by the caliph. For the first time since his childhood, Tommaso prayed for God to deliver him.

Unfortunately, his deliverance came in the form of a soldier’s sword. Discovered in his hiding place, Tommaso was run through and left for dead. As life fled his body, he heard an unfamiliar voice ask him if he wished to avenge his family. With his last gasp of breath, Tommaso agreed, accepting the Embrace of Jermanos, a Lebanese Christian Lasombra.

His sire tutored Tommaso in the realities of Cainite existence, including the strife within Clan Lasombra. Jermanos suggested that Al-Hakim’s attack on the Christians in Jerusalem had been at the instigation of Muslim Lasombra. He then assured his charge that the time would come to strike back against those who destroyed his mortal existence. He need only learn, wait, and hone his hatred of the infidels.

Since his Becoming, Brexiano has expanded his trade network, and he has long had contacts from one end of the the Mediterranean to the other. Tommaso and Jermanos aided each of the major Crusades with logistical support, providing supplies of food, materials, and slaves for the Cainites to feed upon. The loss of much of the Kingdom of Jerusalem after the Battle of Hattin left both of them without their bases of support. Jermanos went to ground soon after, leaving Tommaso without his guidance for the first time in nearly two centuries.

Casting about for a new base and a new patron, Tommaso eventually gained the support of Sylvester of Ruiz, architect of the Iberian Reconquista for the Sea of Shadows, and he would come to work under the oversight of Sylvester’s childe, a much younger but considerably more influential ancilla known as Ambrosio Luis Monçada. For many years Tommaso based himself in the Catalan port of Barcelona, but he found the tolerant nature of Prince Myreia Subira not at all to his liking. Instead he chose to travel between Barcelona and Madrid, carrying messages and supplies from the coast to the Castilian city where Monçada rules as de facto prince. Tommaso also spent much of his time aboard his ships, carrying important messages and serving as a representative of the Sea of Shadows in the distant reaches of the Mediterranean.

It was in this capacity that Tommaso Brexiano came to represent the Sea of Shadows in the Cainite Council of the Fourth Crusade. He was accompanied to Venice by Monçada’s childe, the neonate Lucia d’Aragon. Tommaso chose to use the tactics of the demagogue in council sessions, haranguing the Ventrue for their unwillingness to fight the Muslim threat head-on, and so relieve the Christians under threat in Palestine. An experienced diplomat, he smiled at Bernhard Billung’s insults, but he was well and truly outdone by the acid tongue of Sister Maude and the skilled oratory of Roland of Rochere.

In the wake of Roland’s murder, and with his momentum lost, Tommaso backed the accusations of his Ventrue rival, Lanzo, against the Concord. Indeed, his deplorable tactics turned the stomach of even his subordinate. Lucita, unknown to Tommaso, knew the Concord from a previous encounter in Transylvania, and met with them to explain that he did this in order to provide enough distraction so that he could regroup. The ploy almost worked, but the Concord cleared their names and brought to justice the true murderer, the Assamite Ziyad.

Unlike Lanzo, Tommaso lacked the courage of his convictions. He neither apologised for his groundless accusations nor sailed with the Fourth Crusade when they left Venice. Instead, he returned to Iberia to report his failure to his masters. He and Lucita would reappear shortly before the new year of AD 1204, arriving in Constantinople to represent the Sea as the relations between the Cainite Crusade and the Byzantine Families continued to deteriorate. In council with the leadership of the crusade, Tommaso argued strenuously for the need to put aside schismatic disagreements and to concentrate on Islam as the true enemy, but he found the hatred of his peers to be too far gone to make much headway. He and Lucita were present during the Great Sack, although Tommaso spent the entirety of it taking shelter in Galata while he sent his retainers across the Golden Horn to surreptitiously take part in the looting.

In the wake of the establishment of the Latin Empire, Tommaso appeared to flounder in the highly fluid political climate of the emerging and declining undead powers. Whatever confidence he may have shown at Venice seemed almost entirely absent as sporadic civil unrest, criminality, and petty opportunism became the order of both day and night. Finally, late in the autumn of 1205 he lost his nerve altogether and quit the city, leaving Lucita to salvage the situation in whatever way she could. Her rapid, resulting success in bringing Alfonzo both to the princedom and into vassalage to Monçada and the Sea of Shadows was a great coup for the neonate, with the concurrent result that the ineffectual Tommaso was left humiliated and disgraced.

Ostracised by his fellows, he eventually quit the faction in 1212, travelled to Venice, and offered his fealty to Guilelmo Aliprando, the newly declared Serene Cohort, and the Cainite Heresy. By 1215, he existed firmly in the favour of his new master, and rumour has it that it was Tommaso’s connections that allowed Guilelmo to finally track down and destroy his own fugitive sire, Narses. The following year, he travelled to Negroponte with the proxy of the prince of Venice and, with the help of a strong coterie of Serene Lasombra behind him, Tommaso took control of the strife-stricken Cainite court of the city of Chalkis. He remains there still, using the island as a locus for his ambitions to bring the Latins and Greeks together in enmity to the Muslims. As prince of Negroponte his wealth and influence surely grows, so far his entreaties for ecumenical unity have fallen on dead ears. 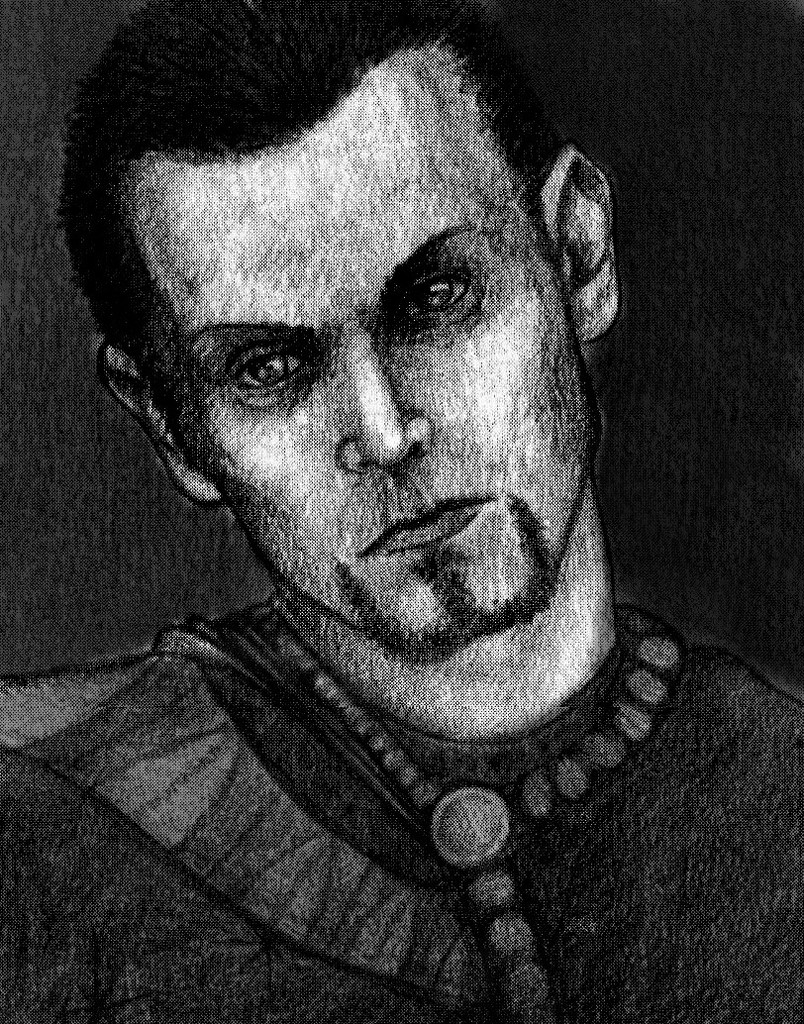