An exuberent mad man who feels compelled to stay on the move, this northman is driven by the visions sent him by Odin, Frigg, Freyja, and the Norns.

A tall, plump, merry northerner with a barrel chest, thick arms and sausage like fingers. He is old and deathly pale, but seems quite hale and hearty despite it, with a full and fine beard and good, strong white teeth. His clothes might once have been grand, but now they hang off him, stained with travel dust, food and blood. A heavy fur cloak that hangs about his shoulders is tattered and quite dirty too, but the silver clasps look to be in good order. He is armed with a spear and dagger.

This twisted prophet has wandered the Byzantine East, Outremer, and even further east since the early part of the 12th century. He is thought to be considerably older, but is generally accorded the status of an aged ancilla, for Ulfe cannot say with any certainty how long ago he was Embraced, why he was brought across, and by whom. At times he has claimed his sire was a valdaerman named Thorkel, and at others he has claimed it was a crone of unimaginable age and foulness who did not give him her name. Once or twice, he has said with some fervour that it was Hel who cursed him with this existence, and that he is not a Cainite at all. It is certain that Ulfe has only the faintest memory of his Becoming and the many, many years of his wanderings. He sometimes suffers lapses of memory, and he has no knowledge of his whereabouts for decades at a time. Whatever the case, his visions, sent for the most part by his gods, compel him in strange ways, and he has turned up in the most unlikely of places, at the most propitious of times, to conduct seemingly innocuous rituals or activities.

He first met Svenin the Tall and Odda in 1164, after the Principality of Antioch and the County of Tripoli were defeated at the Battle of Harim. The defeat was a disastrous one for the Christians, but the recently ghouled Odda had succeeded in extricating the Black Lion infantry from death and capture by virtue of keeping them in good order after Nur ad-Din’s army was routed. The pursuing knights and mounted infantry over-extended their lines, and were thus vulnerable when the Zengids managed to reform and counter-attack. Forewarned and fresh when the broken elements of their army fled back towards them, Odda was able to lead the Lions through the same swamp that doomed their paymasters. In the middle of the night, Ulfe waded forth from the darkness to assist in their escape, claiming that Odin had told him to find the White Owl in the swamp, and that the children of the owl were all black lions. When Svenin found his shield-brothers, and discovered Ulfe’s assistance, he was grateful, and the two entered into a long friendship punctuated by the old seer’s frequent absences.

One of their meetings was shortly before the Sack of Constantinople, at the port of St. Simeon at Antioch. Svenin asked the old one to cast the runes and advise as to the Black Lions’ next move. Ulfe obliged, and as a result the mercenary company departed for the Queen of Cities having been regaled with the old man’s apocalyptic visions of the city. Ulfe also saw visions of an impending thunderstorm at sea.

After the Black Lions’ chartered fleet put to sea, they eventually ran afoul of a Turkish pirate galley. Ulfe offered to divert it and buy Svenin and the Lions some time. The old one then said his farewells and merrily jumped into the deep.

Aboard the pirate galley, none were the wiser as an Obfuscated Malkavian climbed aboard at night. The pirates’ emotions were high from the pursuit, and even more so from anticipating inclement weather. This made them easy targets for the seer’s Dementation.

One by one, the Turks started to fall victim to visions and voices. Fear and disorder quickly spread through the crew, and not before long the corsairs devolved into a frantic melee. Their numbers thinned, Ulfe then joined the fray with fangs and claws himself.

Silence fell on the ship, broken occasionally with the moans of the wounded and dying. And as rain began to fall on the blood-slicked deck, and the sound of thunder split the night sky, Ulfe roared with laughter at his handiwork.

With no-one at the helm, the ship eventually ran aground off the coast of Cyprus. Locals from the town of Famagusta discovered the corpse-filled ship in the morning, marvelling at the carnage.

And after the sun set, Ulfe emerged from the earth, and wandered on…

He would next turn up in the city of Thessalonica in 1211. Odda the Black Lion, now a vampire himself, recognised the old Malkavian in a dock-side tavern brawl just moments before the Ravnos Irendo Torenu gutted Andras Taragoš. The wound was mortal, necessitating the Embrace of the young man, and Ulfe used the gifts of the Blood to guide Odda and the Phadymite Francis to Andras’ masters, Vassily Taltos and Sanser. The two Alexandrites were most grateful for the assistance of the three vampires.

Years later, the Norns intervened once again to make Ulfe available to assist Svenin and a makeshift alliance of Epirotes and pirates in an attack on the Venetian fleet reinforcing a siege on the city of Durazzo. After the successful attack, he wandered off on his own once again, promising the Viking that they would meet again before long.

Embrace: Unknown, even to him, but he is known to have been active since at least the middle of the 11th century.

Lineage: Unknown. Ulfe has given as many as half-a-dozen stories of his Becoming, giving himself a different creator each time. He has told Svenin several times that he is not a Cainite at all, but rather that he was made an afterganger by a curse levied alternatively by a powerful valdaerman or even the goddess Hel. 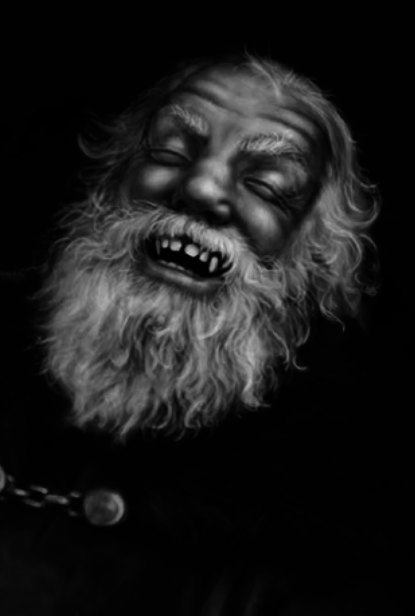