Ulrich von Wettin had his appearance altered by the Mistress of Kampalung; his new face is that of Heinrich the Hound.

Heinrich is a dangerous looking knight errant. He has handsome, if cold, features, with sharp angles to his face and blazing eyes. His eyes shift often, boring in on a subject, then flitting away to take something else in. His expressive eyes and demeanour give him the ability to change his whole mood without altering his face.

Heinrich dresses to fit the role he plays; that of a clever knight-errant. He wears armour whenever possible and is always armed, albeit with plain weapons. He prefers dark clothing, black if possible. His heraldic symbol is a black sillouette of the three-headed hound of hell on a crimson background.

Born the third son of Henry I, Count of Wettin, Ulrich never wanted to rule. His passion was for books and learning, uncovering the secrets of history, philosophy, theology, the law and the natural world, preparing himself for the day when he could leave Wettin to explore a wider world. Unfortunately for the young Saxon scholar, his two older brothers died and, aged 20, Ulrich become the Count of Wettin. He ruled as best he could, slowly learning what he could of the art of ruling and the arts of war, but his heart was never in it, and he yearned for a chance to do more than what he come to know, spurred on by discussions of politics with his good friend and warrior-brother – a Saxon nobleman named Hardestadt.

When Hardestadt was Embraced he revealed his nature to his friend and asked Ulrich to become his vassal. Ulrich responded with a challenge, that he would join Hardestadt when the scholar-knight could pierce the veil of Hardestadt’s masquerade; until then, Ulrich would rule Wettin, his knowledge of Hardestadt’s true nature removed from his mind. Seven years passed before Ulrich deducted what Hardestadt had become. His reward was the offer of service as Hardestadt’s man, an offer the aging Saxon nobleman took gladly.

A decade of service as Hardestadt’s ghoul gave Ulrich great insight into the world of the Damned, but his friendship with Hardestadt had changed. No longer equals, they were lord and vassal, master and servant. After Hardestadt (the Younger) won his praxis, he sought and was given permission to Embrace his old friend and Ulrich readily entered the Cainite world.

Ulrich served as Hardestadt’s seneschal in the older vampire’s city for nearly decade, learning from Hardestadt and passing from fledgling to neonate. Ulrich was then sent to Buda-and-Pest to serve in the household of Prince Vencel Rikard for a year-and-a-night; a move to test the neonate and strengthen the bonds between Hardestadt and Rikard.

Ulrich’s first night in Rikard’s court proved very eventful. Having been baited (and well and truly verbally spanked by the two older Cainites) by Sir Guy d’Arles and his co-conspirator Istvan, Ulrich accompanied the two diplomats and the Prince’s childe, Erzsebet Arpad, on a hunting outing. A fight between Erzsebet and a Nosferatu (the wayward childe and secret Embrace of Luther der Hund) caused a herd of cattle to stampede, threatening the lives of those in the nearby Slave Market. Ulrich leapt onto the backs of the stampeding cattle and, leaping from cow to cow to get to the front of the herd, he stopped the stampede cold by bringing down a massive wooden post on the leading cattle, saving the lives of scores of locals. Covered in mud and cow-dung and hailed as “the Bull”, Ulrich’s fame spread as he deftly purchased the damaged livestock at full value. Over the next few months word spread of this feat of agility and strength and Ulrich the Bull enjoys some small renowned in Buda-and-Pest. 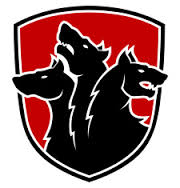 Ulrich, Erzsebet, Guy and Istvan were then press-ganged by Prince Rikard to find Luther der Hund, the Sheriff, and bring him before the Prince to face justice for his illegal Embrace. Ulrich and Erzsebet quickly deduced the location of Luther’s haven. His blood flush with his new found fame, Ulrich waved aside Erzsebet’s sensible suggestion that they wait for support and, the Prince’s childe in tow, he raced ahead to find and confront the Nosferatu Sheriff.

At the Nosferatu’s haven the two instead encountered Havnor. The elder Malkavian gave a cryptic prophecy for Ulrich:

“You have a dark destiny. The sky is dark, feathers and steel. Beware the man in the silver mask; he could be your destiny or perhaps your fate, that will be your test.”

Ulrich was not given time to ponder the words as Luther der Hund appeared and attacked. Ulrich defended himself, but made no aggressive moves toward the Sheriff, instead asking him to see that Prince Rikard wished for Luther to face justice, not Final Death, and that Luther should have faith in his prince. The Nosferatu listened and surrendered himself to Ulrich. Arriving on horseback minutes later, Prince Rikard was impressed to see Luther waiting calmly for his arrest, and neither party harmed.

As a reward for this impressive display, the Prince made Ulrich the Scourge of Buda-and-Pest, with Luther (suitably punished) as his advisor and subordinate. The childe of Hardestadt the younger thrived in his year-long tenure as Scourge, establishing a reputation for fairness, quick action and clear thinking, and developing a strong friendship with Prince Rikard.

At the conclusion of his year of service to Prince Rikard’s court, Ulrich packed up to move to the Burzenland. He went to Kronstadt, presenting himself in all due order to Lord Jurgen and Prince Karsten. The exact reasons for Ulrich’s departure to the Burzenland are unknown, but while Lord Jurgen is grateful to have a Cainite knight of such strong Blood allied to his cause, the Ventrue Lord knows Ulrich is Hardestadt’s man, a set of eyes and ears for his rival.

Lineage: Childe of Hardestadt the Younger, Childe of High Lord Hardestadt, self-styled Monarch of the Holy Roman Empire, frequently referred to as the Fiefs of the Black Cross. Hardestadt has never seen fit to reveal his sire, but many years ago Jürgen von Verden claimed that it was none other than the legendary Erik Eigermann, a monster who predated the Germanic invasions of the Roman Republic. Of course, this may have simply been a lie to be used as a pretext for the Swordbearer’s annexation of the Northern March against the opposition of Ilse Reinegger.