The ancient guardian of the Buzău Pass, this creature blends the lines between spirit, Cainite, woman, and faerie. She mediates between the Nosferatu of Balvanyos and the Winter Ancestors of the Keep of Razors.

At first sight she appears to be a fierce, fey young woman with wild black hair, bright blue eyes and very pale skin. Her hair is stained red with henna, and other patterns form spirals, horns, and circles upon her skin. She is quite dirty, wears peasant homespun and appears to be unarmed. Upon closer study, there is something uncanny, quite alien, in her blank stare. There is nothing young, or even human, about her.

Needful for an accord with the strange faeries known as the Mosi d’Iarna (the Winter Ancestors) in order to attack the rear of the armies of Kordönül, the Ashen Band ventured into parlous territory in the Bodzo (Buzău) Pass. They encountered the Uta at Balvanyos, a village high in the western heights near the middle of the pass. The formidable Nosferatu known as Hyacinta and her brood served as protectors for the fey Ancient, and they would not allow the outsiders an audience with the Uta until they were satisfied of their intentions. Once the Ashen Band made it clear that they were enemies of the Cumans and had also agreed to Hyacinta’s demands that the Burzenlander army hide its crucifixes while it travelled through the valley, she promised to speak with the Uta on their behalf. They were left to take their day-time shelter in the mountain village while the Hag Princess headed back into her cave, presumably to do her part for their bargain.

Hyacinta was not at all clear regarding exactly what the Uta was, but the coterie assumed that it must be some sort of ancient pagan nature spirit that watched over the valley. As to the_ Mosi d’Iarna_, the Ashen Band had already seen those fey and fearsome creatures from afar, and were not at all interested in making enemies of them. The next evening, they emerged from their temporary quarters to find the Uta waiting for them on the hillock above the cave mouth, her hand resting protectively on a gnarled, ancient oak. Without words she bade them come to her. As they drew close they saw that within her unnaturally green eyes was something… other … than a vampire. Silently, she indicated that they should tell their story, to which she listened intently, before nodding and beckoning that they should follow her. For some time the Ashen Band and the Uta walked along a narrow mountain trail behind the hillock, heading deeper into the mountains, before they arrived at a sheltered combe crowned by a ring of snow-mantled aspens. Within was a pool of clear, icy water that suffused the small dell with a strange glow, and as they looked within, the mountain side and mirrored sky reflected day instead of night.

The Uta bore her fangs, bit both of her palms, and walked around the pool first deosil, then widdershins, scattering her vitae to and fro as she wove a braided pattern. As she did so, whatever heat remained in the combe fled. When she was done, she placed one foot in the pool and another on the bank, held her hand out to the nearest vampire, and spoke a few short words in her ancient tongue. They did not understand her as she had understood them, but the meaning was clear – she would be their link between the valley and the fey home of the Winter Ancestors. Each in turn was annointed with her vitae as they stepped into the pool and immersed themselves in its biting embrace.

When they emerged on the other side, she stood there waiting, an impossibly ancient and bent crone, but undeniably the Uta. She silently assisted each in turn as they climbed out of the pool, the Curse of Raphael held in abeyance in this strange, timeless land of ice. She indicated that she would wait there for them, a bridge between worlds, as they ventured into the realm of Iamazis, the Prince of Winter, and made their way to the Castle of Razors.

When they returned from their harrowing embassy, the Uta comported them safely back to the valley of Buzău. She then walked away from them without so much as a glance, leaving them to contemplate the uncanny ways of the Wild Ones as well as those with whom they had congress.

Embrace: Unknown, but the awed Lekszi indicated that she was “incredibly ancient.” Sir Ulrich could not understand her language, but he believed that she spoke Dacian, making her at the very least 1000 years undead.

Lineage: Unknown, but she is speculated to be of the rare Lhiannan bloodline. Her generation must be potent indeed to accomplish the strange and arcane ritual that transported the Ashen Band to the realm of the Mosi d’Iarna. 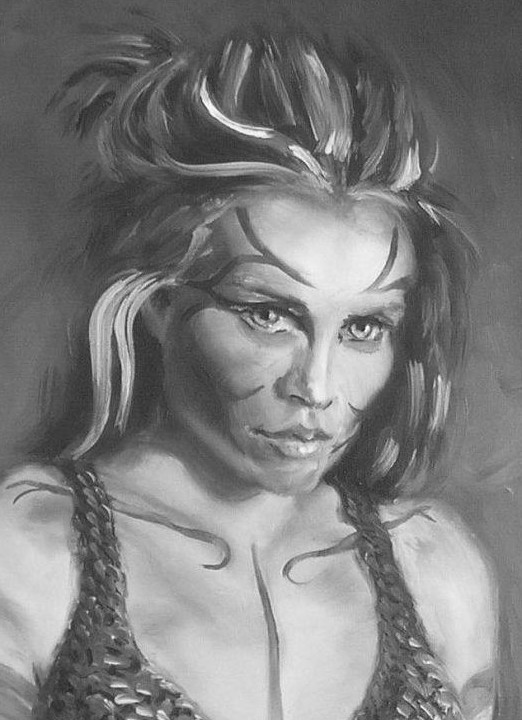