This young man was trained as a vampire hunter by the Archdeacon of Kronstadt. He successfully staked Ulrich von Wettin, but lacked the knowledge to finish him off.

In 1214, Valentinus appeared as a young Saxon of Kronstadt, quite unremarkable except for his boyish features. The young man’s mousy hair was cut in the style common to the city, and his brown eyes displayed neither brilliance nor lack of imagination. His features were pleasant enough, although his nose was a touch too long and sharp and his chin a bit weak. He was a tailor by trade, judging from the good fit, fine needlework, and quality of his clothing, as well as the simple craftsman’s knife that was worn at his belt. Altogether, he was no different than hundreds, or even thousands, of young men of the Siebenburgen.

In the summer of AD 1214, this young man managed to accomplish the nigh unthinkable. In the camp of Theoderich von Lippe, Bailiwick Commander of the Burzenland and leader of its expeditionary army to Cumania, he hunted and staked the Ventrue known as Ulrich von Wettin aka Heinrich the Hound. This he managed by virtue of simply placing himself in harms way as an attractive target for a vampire’s feeding habits. Before he chose to hunt Valentinus, Ulrich knew enough of him to understand that he was a tailor by trade, and a talented one at that, but that he had signed on to the expedition to do his bit against the Cumans, in whatever manner he might. His assigned task was to repair tents, cloaks, saddle blankets, and tabbards, just like half-a-dozen other camp followers. A good looking enough young man, he was not particularly pleasing, just like dozens of other camp followers. The things that made him stand out were that he resided in his own tent, and that he appeared to be easy prey. Single, unmissed, and expendable in a camp full of the likewise, he stood out by appearing drunk and vulnerable night after night. The Ventrue followed the seemingly inebriated young tailor to his tent, then waited in the shadows for his moment. In short order the lad began to snore softly, and Ulrich closed in. As he leaned over Valentinus’ neck, the mortal whipped around and drove a wooden stake home, straight through the vampire’s heart.

At the time, it was unclear which of the two of them was more surprised…

Luckily for the Cainite, Valentinus lacked the knowledge to properly dispose of him, and instead thought that simply staking the vampire would be enough to do away with him. When the young man ran off to find Archdeacon Simon von Nijmegen, a number of allies and retainers managed to spirit the body of Sir Ulrich away and revive him. When the heretofore unknown vampire hunters discovered the body missing, they were alarmed enough to send Valentinus into hiding immediately, and he has not been seen since.

The incident landed Ulrich in very hot water with Lord Jürgen for his breach of the SIlence of the Blood, but it was agreed that he would be forgiven so long as he and his fellows in the Ashen Band “dealt with the hunter infestation” in Kronstadt. Upon their return to the city, the Band initiated a discrete investigation into Valentinus and the archdeacon, only to find that Simon had launched one of his own into “the vampire of Kronstadt.” They discovered that Valentinus was but one of three young hunters who had been raised in the orphanage sponsored by Simon, and that the archdeacon had bundled the tailor out of the city to safety. The other two, Peter the Scribe[[ and Hans the Smith, were followed very carefully indeed by Sága, and they led the Ashen Band to a much larger problem. Archdeacon Simon and his man, [[:brandt were training the entire orphanage to follow in the footsteps of Valentinus, Peter, and Hans! The text for the apprentice hunters was a pamphlet written by a veteran of their trade by the name of Karl Schrekt.

In the months after the incident, refinement of the investigations yielded the knowledge that all three of them were the first waifs to be given over to St. Emeric’s orphanage. Unravelling that thread revealed that these orphans, in addition to being given an education in the seven liberal arts and instruction in a trade, were also trained in vampire hunting methodology, including combat and stealth. Their purpose? To destroy the “vampire of Kronstadt” that they had long suspected of preying upon the good bürgers of the city. Unfortunately for the careful followers of the archdeacon, Valentinus’ qualified success did little more than reveal their secret to the many vampires of the city.

In the wake of the assassination of their leader, the conspiracy of hunters swiftly seemed to melt away. Brandt, Hans, and Peter joined Valentinus in exile, leaving only the aged Father Samuel as a mentor to the boys and girls who sought to become hunters. Each of those orphans, in turn, were gradually waylaid and Dominated by knights of the Black Cross to reduce the threat further.

Over the years that have followed, nothing further has been seen of Valentinus, Peter, or Hans. 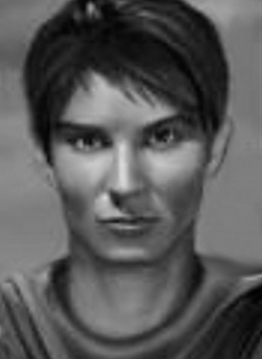