A brutish, savage servitor to Voivode Koban and before that, an infamous mercenary of Transylvania. He was slain by Bodor Toth.

An ugly, filthy, scarred, grizzled man wearing stinking wolf and bear furs over rotting leather armour. His frame is truly massive, over seven feet tall, wrapped with corded muscle and anchored by a thick torso and legs like tree trunks. He carries a great, double bladed axe in his hands, and has several long knives hanging from his belt.

An infamous mercenary and murderer-for-hire, Varg Fiara (Varg the Beast) has plagued the people of Transylvania and Cumania for over a century. For much of that time, he appears to have been mortal, a free-willed ghoul accepting the blood of Tzimisce and the coin of mortals to inflict his particular brand of savagery on their enemies. Veceslav had never crossed Varg’s path before the Trial by War on the valley of Toth, but he had heard his name many times.

While it was obvious that Varg was a Cainite when he the Concord met him in the monolithic flesh-crafted marquee of Voivode Koban, Veceslav understood that he must have been a relatively recent Embrace. Varg, he later explained to his companions, had previously been uninterested in immortality and far more driven by the more prosaic, visceral pleasures of existence. Whatever the case for his change of heart, Varg had joined the ranks of the undead, and brought many of his kin, the Bratovichi, to bolster the ranks of Koban’s armies.

Those Bratovichi, all with a noted family resemblance to Varg, played a pivotal role in the assault on Toth Keep. Their savage brand of competence allowed them to winnow the ranks of the recently ghouled defenders, and even allowed them to stand up to the might of the Concord for brief periods. It was not the first time that the name Bratovich has troubled the coterie, and probably won’t be the last.

As for Varg, he had the misfortune of running afoul of the furious Bodor Toth during the assault. Despite his proficiency in the bloody arts of brutality, Varg’s neoteric grasp of the powers of the undead state left him at a disadvantage when dealing with his furious and determined enemy. Bodor’s mastery of the Zulo shape further sealed the neonate’s fate.

Varg’s long and brutal existence came to an end when Bodor bore him down, tore out his throat, then hurled his remains on the throng of enemy soldiers pressing to enter the broken gates of the castle.

Embrace: According to Veceslav, Varg said that he was only twelve years undead, making his Becoming around AD 1191.

Lineage: Childe of [[:koban[[, childe of Noriz; descendant of an exotic eastern lineage largely unknown to the West. Varg Fiera was of the 7th generation. 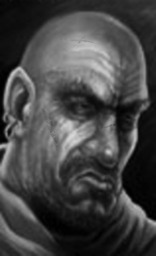