This mysterious figure, an almost forgotten childe of the late Patriarch Michael, has long haunted the western provinces of the Byzantine empire, intent on her inscrutable intrigues. Since 1204, she has been increasingly active in Constantinople.

Quite beautiful in a cool, regal way, this graceful woman is tall and statuesque, with very long black hair and commanding brown eyes. She favours simple elegant dresses and shawls in muted, conservative colours as well as understated jewellery made of bronze or gold.

(Expanded from the character referenced in a World of Darkness, 2nd edition, p. 85).

One of the more mysterious of the elder progeny of Michael, the late Cainite Patriarch of Constantinople, Vashtai is a master of discovering the secrets of others and manipulating events from afar. What little is known of her is that she was brought across quite early in the 6th century, and that while she breathed she was the concubine of Yazdagerd, a Sassanian ambassador to the court of the Byzantine emperor Anastasius I Dicorus. Even then, she was a skilled manipulator and diviner of mysteries, for she sold much of her lover’s sensitive correspondence and other secrets to agents of the emperor in return for her own freedom and a substantial pension for the remainder of her life. By the time that war broke out between the Romaioi and the Sassanians, the Michaelites and the Antonians had spent years watching her exploits from afar, often making wagers on what her next masterful subterfuge might be. Neither faction realised that she had become aware of them in turn, until she approached Petronius at a party one evening and laid out her knowledge of his true nature, much of his nightly schedule, and a list of some of his closest associates.

The quaesitor was mesmerised by her intelligence and talent for artful intrigue. He had no desire to slay her or else diminish her through the mind manipulations of the gifts of Caine, and so he spoke to the Archangel about bring her across into undeath. After examining her, not only did Michael agree to his petition but he decided to Embrace Vashtai himself. Beneath the blazing quality of his Presence and natural charisma her blasé demeanour was utterly banished for the first time in her existence, and so it was that she reverentially submitted to the Becoming and entered the ranks of the Michaelites as a faithful servant of the Patriarch. She would spend several centuries serving the Dream as an assistant to Petronius, overseeing a host of minor arts so that the city and the empire would be enriched. For a time, she was also a close ally of Cassio, who served as the Muse of Performance before Gregorius Dimities.

Unlike some others among the Michaelites who quit the city over the centuries of the Long Night, Vashtai did so without acrimony from her sire. In the middle of the 8th century, she conceived of the desire to see the Dream take firmer root in the city of Thessalonica, which even then was becoming the second most important and populous city in the empire. With the leave of the Patriarch, she left Constantinople in in 789, returning to the the Queen of Cities only for brief visits over the centuries. Her place there was assured by her alliance with the Antonian elder Theodora, who in addition to her role as prince was also the Western Praetorian Prefect. In order to keep abreast of the many-varied intrigues of the populous cities of Thrace, Thessaly, Hellas, Euboeia, Dyrrhacchion, Peleponnesus, Nikopolis, Macedonia, Bulgaria, and southern Italy, the two elders gradually put together a spy network that might have been the envy of any number of well-informed elders but for the fact that it was so veiled by secrecy and misdirection that only a handful of the most skilled Nosferatu had any sense of it at all.

Indeed, Vashtai appears to have elevated the art of proxy intrigue and intelligence-gathering to an art form all its own, for while Theodora might have been the chief beneficiary of the network, it seems that Vashtai was its primary weaver and architect. In due course, by the middle of the 11th century the network would find its tethers reaching to the eastern provinces of the empire as well, and her agents could be found as far afield as Transylvania, Serbia, Croatia, Veneto, Tunisia, Cyprus, Crete, Antioch, and Chaldea. Soon after the reign of Michael VII Ducas, however, Vashtai seemed to gradually disengage from Cainite society, and by the turn of the 12th century, she had vanished. The speculation ran throughout the courts of the empire that she had retreated into the Sleep of Ages, but owing to her secretive nature the truth of it is unknown.

She next returned to the attention of the Cainites of the Families of Constantinople several years after the Norman Sack of Thessalonica. Theodora had been destroyed during the rampage of Norman Cainites and kine throughout the city, and over the years afterwards the night had become a lawless free-for-all as ambitious coteries moved in to make the city their own. No few Cainites declared their praxis over these bloody years, but frequently these ancilla coteries lost their unlives together with their claims as other newcomers pounced on them. For almost fifteen years the matter of Thessalonica continued without satisfaction, and in better times the Antonians of the capital would have sent one of their own to restore order. Such was not to be, however, as the Ventrue of Constantinople were too busy engaged in pointless disputes of their own. All else was forgotten, including the sorry state of the empire beyond the Walls of Theodosius.

In 1191, an agent of Malachite reported to the Elysium of the Great Palace that Vashtai had reliably been seen in Thessalonica once again, but she made no overtures to the Michaelites or their allies. It would take years of effort but by hook or by crook, Petronius eventually managed to lure her back into the fold. She and her agents were active allies of the Reformed Michaelites, although they were seldom within the Queen of Cities herself. Instead, Vashtai busied herself with finding others who might serve to inject new blood and fresh ideas into the failing Toreador of the capital. Stéphanos Cerularius was one such recruit, and Eletria was another. She also funnelled information to the Arbiter concerning possible leads on silver and gold to pay off the Latins and intelligence concerning the movements of the agents of the Cainite Crusade throughout the provinces.

All of this information would have remained unknown to the Concord save for the intervention of Petronius, who recognised their value as powerful and innovative young allies throughout 1203 and 1204. In order to maximise the efficacy of his new friends he chose to spare no secrets from them, and they were surprised to discover that their ally Lotario Acuto was an agent with divided loyalties — he served Vashtai as readily as he served the Arbiter, albeit with less demonstrable warmth. It is likely that in the years since the Great Sack, the ruin of the Dream, and the retirement of Petronius, the talented investigator and intelligencer has transferred his loyalty entirely to Vashtai.

Vashtai has reappeared in the Queen of Cities in recent years, but the reason for her frequent visits are not known. When she does have occasion to visit the city she usually takes care to speak with Pakourianis, but as the two have little in common save their sire, most of the local vampires presume she is simply paying her respects to a consanguineous brother. Some have speculated, however, that she seeks to recruit the ancient painter and his followers to and put them to work in her city, which remains partially ruined from the Norman Sack decades ago. 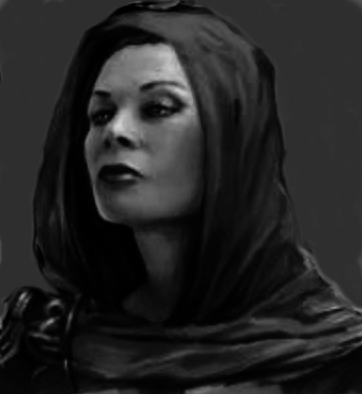