A merchant captain and occasional smuggler who ferries Tremere and supplies between the chantries of the Black Sea, the Aegean Sea, and the Eastern Mediterranean. He is based in Constantinople, a prominent servant of Regent Abetorius.

A pale, middle-aged Greek sailor possessed of the air of authority of a captain. He is quite good-looking in a rough, strong-featured kind of way. His black hair and beard are neatly groomed and his dark brown eyes are compelling and lively too, but he has a tendency to brood. He wears practical, durable clothes and is armed with a falchion and a long knife.

A prominent apprentice and agent of the noted Tremere Abetorius, Vasileios is constantly on the move delivering supplies and new additions to House and Clan throughout the eastern Mediterranean, Aegean, and Black seas. As such, he might be encountered in any major port among them, but he is based in the Latin Quarter of Constantinople. Indeed, along with Calleo he was a founding member of the first Tremere chantry in the Queen of Cities, having actually transported the other two Usurpers there in AD 1185. Eleven years later, when the Quasitori gave leave to Abetorius to establish a second chantry in Exokionion, his progeny took over administration of the original chantry while the great magus concentrated on building stronger ties with the Trinity and Scion families. Vasileios became a nominal subordinate to Calleo, and in public he was a strong supporter of the younger Tremere.

However, in 1203 the Concord became aware that there was at least some tension between the two. Early in the winter of that year, as they made their way on a hunt through the Amalfitan Quarter, they became aware of a moored ship ablaze nearby. A desperate telepathic plea reached several of them, communicating that a (obviously old and powerful) Cainite was trapped within the burning ship. The coterie rushed to the assistance of the imperilled elder and, at great personal peril, they rescued Orpheus, an elder of the Salubri clan. With the assistance of Gabor they decided to comport the injured Unicorn to the Monastery of St. John Studius, and they offered Orpheus a cloak and stole through the streets of the Queen of Cities. As they led him away into the night, Gabor, Veceslav, and Maude enhanced their senses with their Auspex and so discovered that they were being surreptitiously followed by Abetorius, Calleo, Vasileios, and a host of mortal men-at-arms. They may not have uncovered them at all but for a bitter, harshly whispered argument between the two apprentices that was quickly cut off by a terse word from their regent. Apparently, the plan to set fire to the ship was conceived by Calleo, and Vasileios was displeased that the more senior Warlock had risked his prisoner and pawn on such a foolish plan to lure out Achmet the Dreamer.

Vasileios was present for the fall of the city in April of 1204, but he did not take part in the Great Sack. Instead, he lent his sword and crew to the defence of the chantry at Exokionion should they be needed. Several years later, the disappearance of Calleo on his sire’s business made Vasileios the most senior apprentice of the Latin Quarter chantry for a time, but his duties abroad prevented him from taking command of it. In truth, he may actually have no desire for that sort of power, for he seems to glory in existence aboard his ship, a sleek black galley called Éleos tou Poseidóna (Poseidon’s Mercy). As a reward for his service, he was later granted a nava which he dubbed Amoiví tou Poseidóna (Poseidon’s Favour), and he spared no expense painting them in identical fashion so there could be no mistaking that they were matched lovers on the high seas.

The two ships travel in tandem as he continues to go about his duties, and of late they have been seen often in the ports of the Levant as the Tremere seek to raise their profile there. The name Vasileios o Naftikós (Vasileios the Mariner) is becoming well known in Jaffa, Tyre, Tripoli, Haifa, and (most recently) Acre as a Cainite who can take people, goods, or messages where they need to go with safety and with great alacrity.

Lineage: Vasileios the Mariner claims the 7th generation. He is the childe of Celestyn, who is said to be a librarian, cartographer, and traveller of considerable skill. He in turn is the childe of Etrius (diab.), regent of the home chantry of Ceoris and nominal childe of Tremere (diab.). 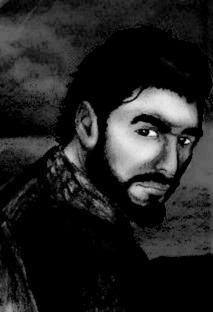