A reclusive and paternalistic elder of the Tzimisce, Velya the Flayer is a master Koldun and a Shaper priest of great power. He is more interested in his obscure studies than seeking status in the clan, but he sometimes trades his instruction for boons.

A tall, lordly man with broad shoulders, clad in a bear skin cloak over an elegant white dalmatic embroidered with cloth of silver and gold. His face is patrician, with a strong jaw, a hawk-like nose, high cheek bones and a lustrous moustache. His silver hair is extremely long, and brushes his waist with every movement.

(Expanded from the character as presented in Vampire the Masquerade Clanbook: Tzimisce, p. 64, Children of the Night, pp. 22-23, Dark Ages Clan Novel Tzimisce, and the Unoffical White Wolf Wiki).

According to Veceslav Basarab, this old Tzimisce makes his home in a secluded mountain valley in the southern Carpathians, “not so very far” from the Bran trade route between the Burzenland and the southerly settlements of Câmpulung and Târgoviște. He is careful to deflect too many questions of his interested peers however, claiming that while Velya is “the very soul of congenial hospitality and gentle wisdom,” and he welcomes those who visit seeking his knowledge and friendship, he has also become jealous of his safety. The Omen War has created many dangers in the region, but unlike many of his clan-mates who surround themselves with armies of retainers, Velya has little interest in actively taking part in the hostilities. Instead, his struggles are of a more personal nature, for the old Tzimisce instead walks the precipitous road of the higher tenets of Metamorphosis.

Such may not always have been the case, for his moniker is said to be well-deserved. Legends circulate among the Clan Tzimisce that in his violent prime in the middle of the 8th century, the perpetually angered Velya was known to grab those who had provoked him and flay their skin — all of their skin — from their bodies in just one vicious tear. Mellowed with the centuries, he now explores more esoteric uses of Vicissitude. Some Tzimisce hoping to step onto the via Mutationis or advance further upon it visit Velya in his ancient house, said to resemble the palace of a Dacian king, and there submit to whatever agonising and escstatic tortures he can inflict upon them so that they might better understand the mutability of flesh and the transformative triumph of the soul. Some spend many, many years going through a host of forms under the tender mercies of the Flayer as he psychically supervises their spiritual journeys in tandem with their physical mutations.

He has served as a mentor to Veceslav on several occasions, inducting him into the mysteries of both the koldunic ways and the old gods. In this regard, the congenial and patrician Velya performed in a more mercenary fashion, imparting knowledge in return for boons to be collected at a later time. The boons were relatively minor, however, for like Ilias cel Frumos Velya made it clear that observing and propagating the old forms of faith and sorcery amongst their clan would almost be thanks enough. Veceslav departed the Flayer’s company each time with the belief that he had made an ally of sorts, and that he would be welcome to return.

Embrace: Unknown, but thought to be more than a few centuries ago. Velya speaks Dacian as one born to it, and the great house that he has constructed also echoes the customs of that vanished people. Quite possibly, he is more than a millennium in age.

Lineage: Unknown to all save the most erudite of Tzimisce clan scholars, and Velya isn’t talking. Those who are descended from the Flayer cease their lineage at his name, and that is assumed to be enough. He is of the 5th generation. 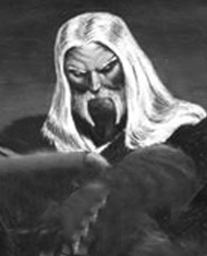