One of the more active captains among the Baron's Gangrel, this Seljuk tended to watch over his own people in the markets and slums of Constantinople. In the new Latin era, he has taken to travelling the Seljuk lands but he returns from time to time.

A short, strapping, toothy Turk with a bristling black beard and hard, black eyes. He wears an exotic-looking helmet, a long leather coat, brown wool pants tucked into long boots, an open chested shirt, and a bright red and green banded sash. He is armed with a scimitar and a curved knife.

(Expanded from the character as presented in Constantinople by Night, p. 95, and Dark Ages Clan Novel: Nosferatu).

Verpus is a Seljuk Turk who had once served Sultan Mesud of Rum as a soldier, but had taken to working in the Byzantine empire as a caravan guard along the highly profitable but perilous Anatolian route. A fatalist by nature, he always expected to find the end of his road by catching an arrow in the chest somewhere out on the plain. Instead, he was attacked in Skoutarion while leaving a brothel and his life ended in a filthy alley. Embraced without permission, Verpus and his sire were hunted down by the baron and his Gangrel. Thomas was impressed by Verpus’ tenacity, courage, and dignity despite his hopeless situation. He spared Verpus’ unlife, although Hectoris was consigned to the Final Death for his transgression.

In the decades after his Becoming, Verpus served as a key advisor to the baron when dealing with the Turks. He swore the Blood Oath to Feroux, and his loyalty brought him much honour and status within the Byzantine clan. He was one of the most active of the knights both in his patrols and abroad, where he sometimes liaised with both the Scion Gangrel families to the east and their Turkish enemies in Anatolia. He was seldom seen without his faithful ghoul and fellow Turk, Param the Archer, in tow. 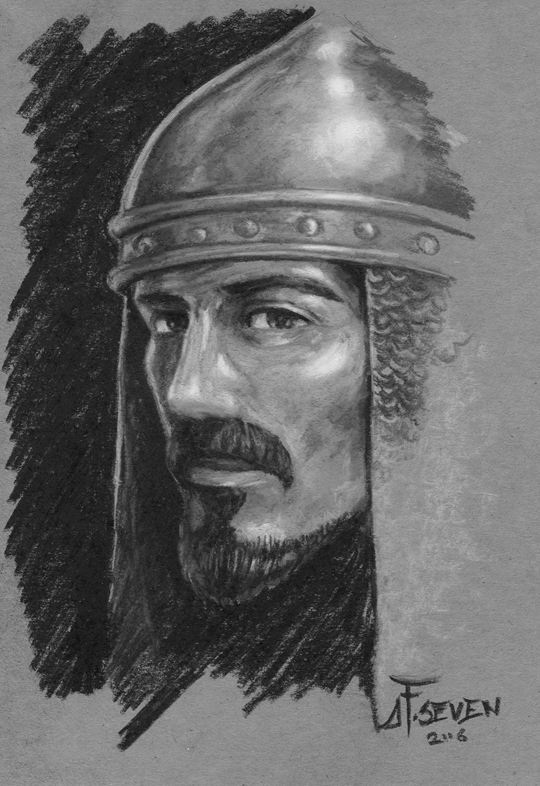 Verpus was heavily involved in the defence of the city throughout the crisis of the Fourth Crusade and the Great Sack. He was present for Duke Guy’s attack on the Citadel of Petrion, and he escaped when the Gangrel were routed by the Cainite Crusaders. Apparently Param was not so lucky, for the ghoul is thought to have perished in the fighting.

The night after the defeat at the citadel, the Baron’s Gangrel would cease to become a viable force. Verpus was not there to see the bitter quarrel and fight between Feroux and Justinian, for he had taken it upon himself to accompany the Nosferatu elder Malachite on a quest deep into Turkish territory. Word has it that along with Alexia Theusa and the Knights of St. Ladre, Malachite and Verpus sought the Dracon in hopes of convincing the ancient Tzimisce to return and resurrect the Dream. They would return to the Queen of Cities some months later, obviously disappointed with the result. Discovering that the baron had gone into hiding and the family had dissolved, Verpus was shocked and embittered. He left the city once again, finally feeling free to seek out the company of his countrymen.

Verpus returns to Constantinople from time to time, seeking news of Baron Thomas and otherwise looking to catch up with what few old friends and comrades still reside in the Queen of Cities. Most frequently, when he does visit he stays in the Galata district, where he accepts the hospitality of Anna Sgorina. His disgust with the new order is palpable, though, as is the naked mistrust shown him by the new Latin Cainite powers that be. Verpus rarely stays for more than a couple of nights at a time before he makes his way back to Anatolia.

Lineage: Childe of Hectoris (d); further lineage is unknown, though he is of the Greek bloodline. Verpus is of the 8th generation. 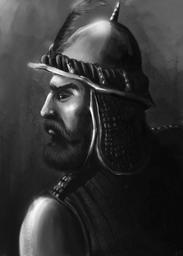