A native of Zara with Venetian symapthies, this constable was complicit in the reprisals against his people in April of 1203. He was found murdered shortly after.

A tall, bald barrel-chested Dalmatian with a hooked, hawk-like nose. His very presence intimidates those around him. His bullish face and permanent scowl only make his violent nature more palpable. He wears a leather jerkin and carries a short sword, a baton and a large knife at his belt.

(Expanded from the character as presented in Bitter Crusade, p. 99)

When the Venetians endeavoured to impose their own brand of order on Zara, one of the first things they did was to round up the local constabulary, execute those in charge, and replace them with their own men. Those in the lower ranks were given the choice of continuing their work under the Venetians or following their own former masters to Hell. The intention was to clean out the extensive Zarayan black market, long known to work with the city’s constabulary. This purge occurred in order to quell the possibility of organised rebellion and to force the smuggling element to trade with Venetians instead.

Viktor Supek was one of the low-ranking constables who stepped forward and swore loyalty to the Venetians, thus earning him a position of leadership in the new regime. Considered at large to be ‘duller than a sack full of doorknobs’, he made up in brutish consistency what he lacked in smarts. In the five months of the Fourth Crusade’s occupation of Zara, Viktor straddled the uncomfortable fence of homegrown Venetian sympathiser and local patriot. In pursuit of this ill-conceived strategy, he often chose to represent himself as a man of the people, down-playing his role in the new Venetian regime by playing upon the people’s fear of the crusade.

It was in this capacity that Viktor and his men had an encounter with Sir Gauthier of Dampierre and his fellow witch-hunters. He and his men were called to a barn full of “demonically possessed” animals had been discovered by the zealous crusaders (the handiwork of the Tzimisce saboteur Erzebet), and the constabulary did not appreciate the knights trying to bull their way in and take charge of "their business’. The public quarrel attracted a mob of Zarayans, and soon devolved into a riot. Viktor barely escaped with his life.

The Concord did not encounter Viktor again, but it is clear that his stupid plan to profit from the occupation went awry at some point. When they returned from their mission to the Bostral Pass in mid April, they heard that the constable had died- apparently trapped in a burning building- during the final Zarayan riot and the subsequent Venetian reprisal. Word had it that he had finally chosen Zara over Venice, and that his new masters did not appreciate his stand… 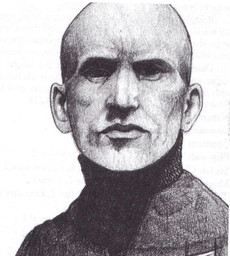