Owner and operator of a tavern and inn at the port of Thessalonica, this Greek Toreador is often the first point of contact for Cainites arriving in the city.

A stocky, middle-aged Greek tavern-keeper, typically found wearing an apron over his loose tunic and leggings. His salt-and-pepper hair has receded past the crown of his head, and he has a bushy beard, which he oils to keep in shape. Despite his fairly sedentary trade, and the slight pallour to his skin, the barkeep has thickly corded, muscular arms, and strong looking, articulate fingers. He is clearly used to heavy labour. His only allowance for adornment are a pair of silver earrings.

A proud Thessalonican by birth, life, and undeath, this Toreador owns and runs the Red Cock, a low rent tavern and inn in the port district of his home city. He explodes the image of the Artisan clan, dressing down for a hard night’s work tending the bar and appearing quite comfortable rubbing elbows with the sailors, fishermen, prostitutes, ne’erdowells, and the rest of the lower crust of society that washes up on the shores of the sordid soup that is Thessalonica’s seedy harbour. If, like the vast majority of his clan, he was brought across for some talent or expert facility in a craft or art, Vyron does not advertise the fact at all, and he seems comfortable simply running the Red Cock, and providing introductions and lodging for the constant stream of Cainites who would make use of the city of opportunity that Thessalonica has become.

His origins are obscure, for Vyron is the soul of discretion (especially about himself), but he makes it clear that Thessalonica has always been his home, but for a few brief forays to other capitals of the empire. He does not say if he was present for the horrors of the Norman sack of the city in 1185, but it is known that very few of the vampires in residence at that time survived the rapine, pillage, and murder that mirrored the Great Sack of Constantinople 19 years later. If he was present, then perhaps he can add generosity of spirit to his list of virtues, for Vyron does not appear to hold any grudges against the (admittedly few) Normans that make use of his establishment, nor does he have a poor opinion of Latins in general. A handy attitude, considering the ruling class of the Kingdom of Thessalonica are now nobles of Piedmontese, Toulousain, French, and Burgundian extraction. Indeed, the Toulousain poet Francis has considered him a friend of sorts since 1211.

On the occasion of their first meeting, the Red Cock was the scene of terrible violence, and a potential breach of the Silence of the Blood. A Ravnos elder by the name of Irendo Torenu chose to use the tavern, and the relaxed free-for-all atmosphere which is its trademark, to murder the gypsies Andras Taragoš and Camlo Taltos, both agents of his bitter rival, Sanser. The vile act was witnessed by a number of Cainites including Ulfe, Odda, Francisque, and Vyron himself, and an attempt was made to apprehend the perpetrator. In response, Irendo unleashed the full power of his Chimerstry, making it appear that a cephalopodian nightmare was tearing its way through the floorboards from the basement below. Unfamiliar with the use of this power, the impromptu coterie was momentarily stunned, giving Irendo the opportunity for his escape.

Camlo survived the encounter with a broken arm, but his cousin Andras was mortally wounded, and would have expired but for the quick thinking of Ulfe and Francisque, who carried him to the ship of Sanser. There the ancilla Vassily took responsibility for his fallen kinsman, and brought him across into the Alexandrite Ravnos family as they sailed away from the city.

For his part, Vyron was more interested in securing the scene to prevent the breach of the Sixth Tradition from spreading beyond the Red Cock. Adroitly, his bouncers subdued everyone, and runners were sent to the prince’s court to have Ventrue attend who could remove the memory of the event from the minds of the patrons. The warden of the court, Alard de Mâcon, soon arrived with his brute squad to begin the task, and the prince of Thessalonica, Thibald de Bayeux, declared a blood hunt on Irendo for his effrontery and recklessness. The newly embraced Andras and his sire, Vassily, would have suffered the same fate, but for the forethought of bringing him across well out of city bounds and not returning for some time.

In the years since, Andras has been as welcome in Thessalonica as any other visiting Cainite, and he is well met at the Red Cock in particular, for his association with Theophanos of Epirus has opened many doors for him among the Greek vampires of the region. He counts Vyron a friend and contact, a relationship which is also shared by Francis. Both are aware that a secret water-way to the port lies under the inn, making the Red Cock a valuable location for the smuggling of goods and people into and out of the city.

Lineage: Childe of Therapon (d), of the lineage of Vashtai and Michael the Archangel. Vyron counts himself among the 8th generation. 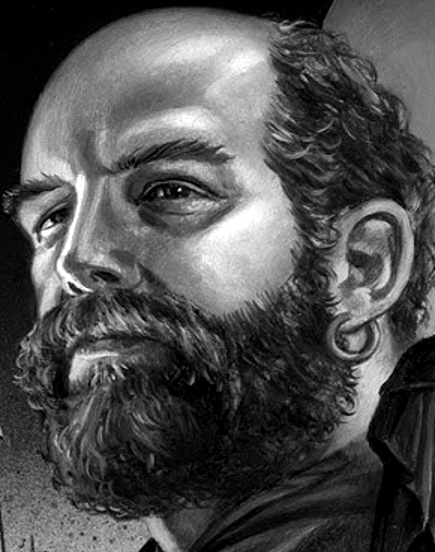