The Warden of Bistritz; a simple Saxon knight of the Clan Tzimisce, he is a stalwart defender of his city.

A rough-looking Saxon knight in his prime, proudly bearing the arms of the city of Bistritz on his tabard. He is handsome enough with his tall build, strong features, a mop of unruly brown hair, and his full beard bisected by several old scars, but his eyes are an unnerving blue rather than welcoming. When on duty for the Night’s Watch he is clad in mail, and armed with a dagger, a sword, and a club.

Sir Werner claims to be a “native” of Bistritz, although he has also said that he was present when the foundations of the castle and walls were laid, meaning that he could hardly have been born there. He is a Cainite of few words, and those that he does utter lack much of the eloquence of his sire. There can be no doubt that he is Radu’s childe, however, as very few Tzimisce other than one of Visya’s get would consider Embracing a Saxon of peasant stock. Sir Werner is grateful for his elevation both to a knighthood and immortality and he chooses to express this gratitude by fanatically defending Radu’s power from all comers.

For many years he was lieutenant of the night watch of the City Guard, tirelessly patrolling the walls and streets looking for ways to bolster defences against the hated Tremere as well as his Prince’s own rivals among the Tzimisce. The addition of Rashiel the Avenger to his arsenal of weapons in late AD 1197 heartened Sir Werner and bolstered his confidence that Radu’s praxis was secure. The Salubri proved to be a formidable scourge and an inspiring warrior, and his displayed ability to track the fleeing Usurpers unerringly was most useful. The two Cainites, though of vastly differing roads and ethos, get along surprisingly well.

Sir Werner was formal and business-like with the coterie when they passed through Bistritz. Notably, when he met them inside the south gate he welcomed them to Nösen, the older name of the settlement. He made sure that they understood the rules of Radu’s court and disarmed them, then left them to their own devices. Initial overtures of professional regard by Sir Gunthar were met with camaraderie, but Werner soon rebuffed the older soldier when the Saxon Gangrel failed to hide his belief in his own superiority, an attitude that was only heightened when he later became prince of Kronstadt.

After Prince Radu was forced to capitulate to Vladimir Rustovich in 1214, Sir Werner loyally took a knee and followed his sire into vassalage to the Voivode among Voivodes. Over the following years, he assisted his new lord by advising him regarding the military readiness of the southerly settlements of the Siebenburgen, and he was seen training with Rustovich’s forces in preparation for the fighting with Jürgen von Verden and his allies among the remnants of the Council of Ashes.

Lineage: Werner is of the 8th generation. He is the childe Radu of Bistritz, childe of Visya, childe of Flaviu (d), childe of Ionache (d?), childe of the Eldest. 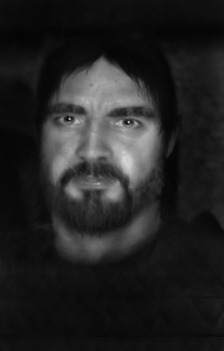