Old, cruel and wise beyond the ken of mortal and Cainite alike, this Tzimisce is the Paragon and High Priest of the Cult of Metamorphosis. He is one of the oldest and strongest vampires to walk the night - a veritable unliving god.

Yorak’s mastery of the flesh-crafting arts is almost without peer. It is said that he can appear as anything or anyone at a moment’s notice, from a fly on the wall to a colossal monstrosity plucked from the deepest, darkest terrors of the racial memories of humanity. However, when treating with visitors or aspirants to the Cult of Metamorphosis he often chooses to appear as a feeble, wizened, wicked old man.

Yorak, one of Transylvania’s eldest Tzimisce, dwells in a labyrinth variously held to lie either in the middle of the Apuseni Mountains or the Transylvanian Alps, somewhere in the treacherous peaks near the Red Tower Pass. He is held to be ancient beyond the ken of even most methuselahs; a favoured childe of the Eldest and an unliving Paragon of the Via Mutandis. His Cathedral of Flesh, a mosaic of sinew and bone formed from legions of still-conscious sacrifices, is one of the most important Metamorphosist shrines in the Old Country. The very walls, floors and ceilings shape themselves to the thoughts of the ancient Tzimisce, and he appears to know everything that goes on within them. No one really knows how extensive the Cathedral of Flesh actually is, but legend has it that Yorak has been adding to it for thousands of years.

It is said that Yorak stalks his cave freely in any number of shapes, his countenance shifting and melting like wax according to his inscrutable whims. These forms are horrific in the extreme to behold; often sending his victims into shuddering paroxysms of loathing, terror, and madness. The High Priest himself has mused that he is “regressing the mortals towards enlightenment of the pure forms,” and even the most ancient of elders quail at the notion of what that might actually mean.

Yorak himself will likely never deign to leave his haven again. His victims in the shrine and his servants without are legion. He distends his body into nightmarish forms best suited to everlasting darkness, and he pursues avenues of insight best left alone by those seeking to retain their grip on their sanity. It is said that forgotten things seek his audience, pledging their devotion and praying for his assistance. And Yorak does expect to be treated as a god for, in a way, he is. Few have plumbed the secrets of koldunic sorcery like he has, and the… things… he has communicated with in the fastness of the spirit realms and the impenetrable darkness of the earth defy the imagination of even the maddest Malkavian.

He appears to favour assuming the form of a feeble, twisted old man when dealing with those who have the courage to visit him. However, only the rankest fool would assume that this appearance is indicative of any vulnerability. As a childe of the Eldest, he can channel his blood to augment his endurance, agility and strength to a frightening degree in mere moments. Other than the Tzimisce Antediluvian himself, he is probably the greatest existing practitioner of Vicissitude, capable of adopting exotic and deadly forms in the blink of an eye.

Legends told among the Tzimisce claim that Yorak’s command of Auspex is so mighty that he can travel anywhere he wishes on the spiritual plane, and his psychic numina allows him to spy on events throughout Transylvania and well beyond. While he sits in rapt meditation, his mind wanders the mountains, forests, and valleys of the land, conducting his inscrutable business with none the wiser. Indeed, his supernal prowess has reached such heights that the fearful whisper of his omniscience, and some say that no gathering in the Old Country can hope to avoid his scrutiny should he take interest in it. Some even say that he can rend the minds of those who displease him from many leagues away, and that he can instantly discern the greatest fears of his opponents without effort.

Even the sacrifices torn asunder to form his unholy shrine worship him. Many of his victims in the Cathedral of Flesh are kept alive to suffer for centuries through Yorak’s transcendent pursuit of enlightenment through Vicissitude, creating a perpetual symphony of psychic agony that echoes across the spiritual plane of Transylvania. Several have formed gestalts and group minds, desperately attempting to erect crude defences against Yorak’s psychic rape. A wealth of information is stored in this abominable temple, although attempting to retrieve it would drive a lesser mind insane.

The ancient Hierophant of the Shapers has been known to offer cryptic guidance to Metamorphosists that show exceptional promise. It is said that if a pilgrim of sufficient talent and ambition brings him enough tribute, Yorak might grant an audience. If he is pleased with the sacrifice, and the manner with which his visitor conducts himself, Yorak might allow that visitor to remain. He never teaches, for that is not the way of Metamorphosis. However, he may offer riddles and tasks that assist an aspirant in unlocking their own answers. Sometimes, it is said, a Shaper priest may be “invited” to join Yorak’s Cathedral for a lengthy period, for there are many tales of those who have never returned from a visit to the evil place. Whatever the case, It is certain that those who do emerge from an audience with Yorak are forever changed. The ancilla Sergiu Lazar is just one among many Shapers that have endured the scrutiny of the ancient one in person, and the young Tzimisce’s power has grown rapidly in the years since he emerged from the Cathedral of Flesh.

Yorak’s cult of Shaper priests is devout and well entrenched in the Old Country, and he carries enormous influence among the Tzimisce. Ionache may have built the Voivodate, but Yorak has always been its spiritual heart and twisted soul. Voivodes may come and go in Transylvania, but Yorak remains as a symbol of both the power and permanence of the Tzimisce. At times, when the whim has suited him or he has perceived some inscrutable need, he has taken the title of Voivode among Voivodes for up to a century at a time. The last was when Ionache stepped down in the 9th century, and Yorak retained the title throughout much of the early 10th century. For now, Vladimir Rustovich is strong in his power, but experienced intriguers keep a weather eye on his successes and failures. Yorak has begun to stir in his cathedral of late, and if he should step forth once more and declare his primacy, the Carpathians will shake to their very foundations with the power of the Clan of the Dragon…

Embrace: Thousands of years ago. Some claim that Yorak is the oldest childe of the Tzimisce Antediluvian, while others believe the Dracon has that honour. In any case, if the conjectures of Noddist scholars are to be believed, Yorak’s Becoming may have been as long as 8000 BC.

Lineage: Yorak, the Hierophant of the Cult of Metamorphosis, is of the 4th generation. He is the childe of the Eldest. 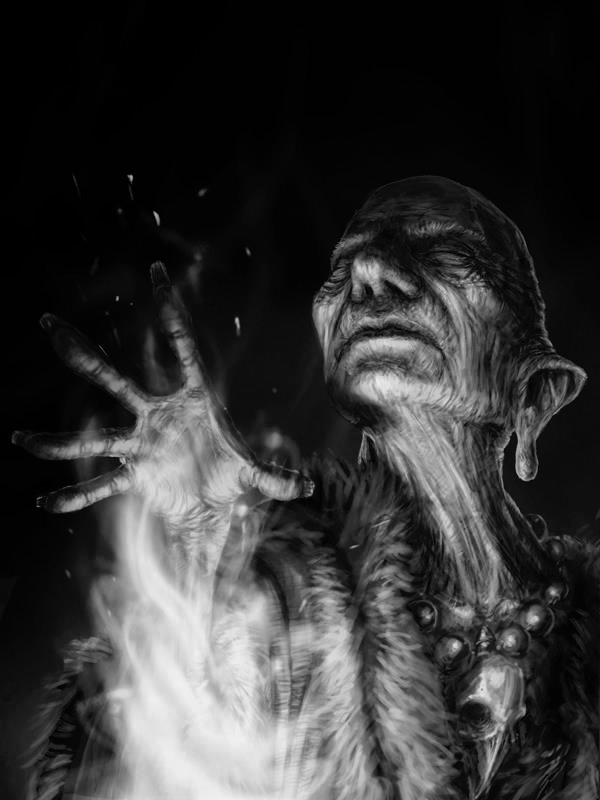