This Ventrue is the childe, servant and namesake of one of the most powerful elders of Europe- Hardestadt, Monarch of the Fiefs of the Black Cross. He is brother-in-blood to Lord Jürgen von Verden.

A tall, strapping, pure-bred German aristocrat in his middle years, full of the kind of self-confidence and authority that only a born ruler can muster. His shoulder length dark blonde hair is shot through with silver and his intense, flinty grey eyes seem to be devoid of compassion. He wears fine midnight blue velvet, a bear fur cloak, a heavy gold chain, several jewelled rings and shiny riding boots. A sword and dagger rest at his side. Both are studded with rubies in the hilt and pommel, yet despite the excessive ornamentation the weapons look more than fit for use. 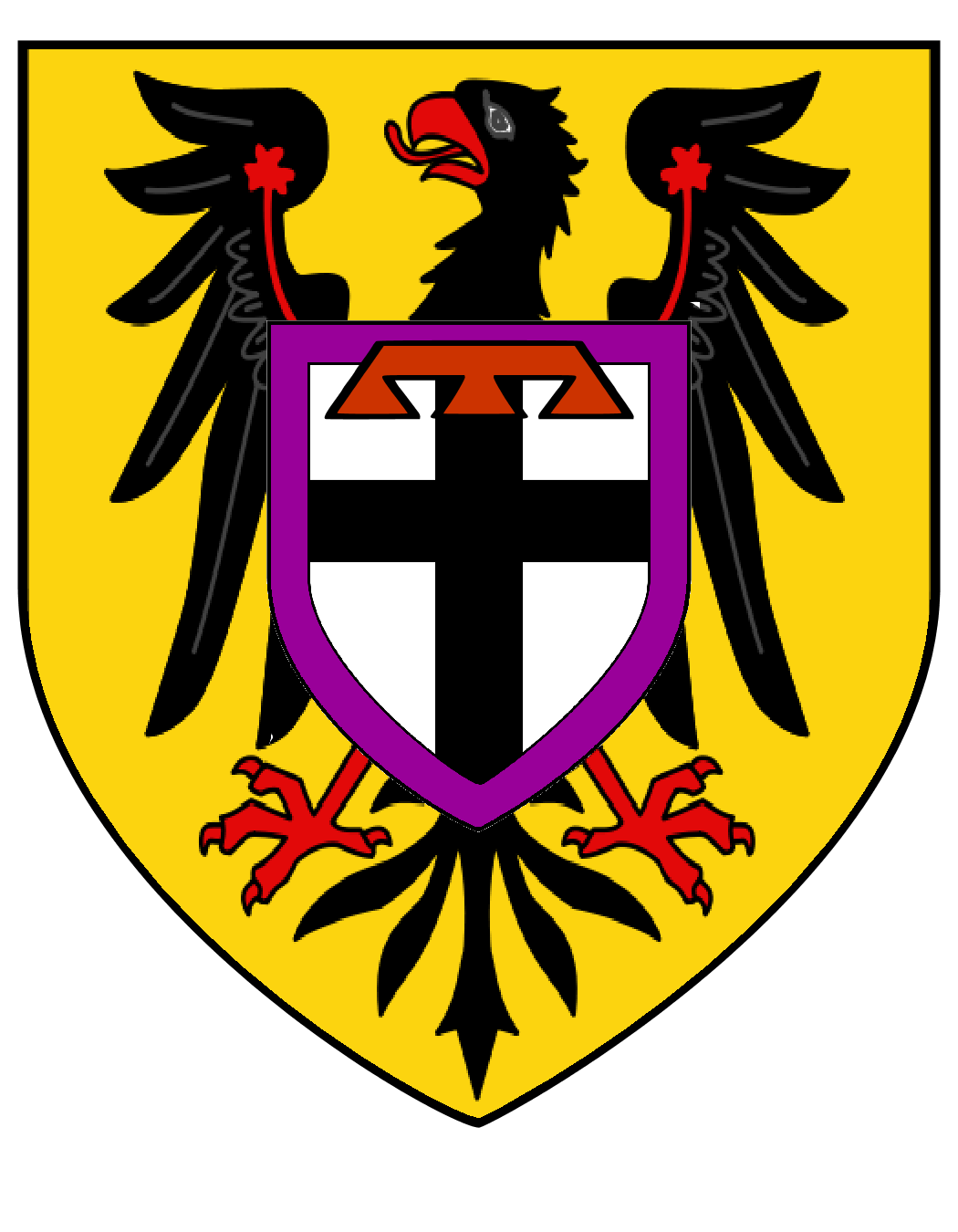 The coat of arms of Hardestadt der jüngere, prinz von Überlingen. It denotes his status as the chosen heir and second of his preeminent sire.

In keeping with something of a family tradition, the Cainite known as Hardestadt the Younger is a figure shrouded in considerable myth and obfuscation for one who has attained such status and prominence among the Holy Roman Ventrue. However, it is commonly known that in addition to reigning as the incumbent prince of the Swabian city of Überlingen, he is known as the favoured childe, heir and namesake of the great Hardestadt. He is very much an absentee prince, for Hardestadt the Younger is deeply involved in the macro-politics of his sire’s night empire. In the autumn and winter months he can almost always be found in his city, or supervising the construction of a nearby castle, but this potent Ventrue can turn up in just about any Holy Roman Imperial Cainite court throughout the rest of the year. One such occasion was the Spring Court of Lord Jürgen, his consanguineous brother, in AD 1211.

In the first years of the 13th century, Hardestadt the Elder cemented his position as the greatest of the Holy Roman Ventrue Patricians, garnering enough support to name himself Cainite Monarch of the empire. Other Holy Roman Ventrue Lords including such worthies as Dominius, Gaius Fabricius, Julia Antasia and even Jürgen von Verden are very powerful in certain duchies, counties and marches, but Hardestadt has managed to gather such an unprecedented level of support that he has eclipsed them all. And his namesake, Hardestadt the Younger, has been there at every step of his recent triumphs.

The origins of Hardestadt the Elder are mysterious. Many say he was Embraced in the 10th century, while others claim that he must have been brought across earlier than that, for he was already powerful and knowledgeable when a number of his progeny (Jürgen among them) were Embraced in the same century. A few speculate that he is old indeed, Embraced from among the German tribes in the faltering nights of the Roman Empire, and that he merely became prominent in the 10th century.

His childe and namesake also seems to enjoy building an aura of mystique. Fashionable rumour has it that he was only recently Embraced, but that he served his master as a ghoul for a lengthy period, even several centuries, before finally being gifted with immortality. Others claim to have seen him active as Cainite in the 10th century after all, although they may be confusing him with his sire, to whom he bears an uncanny resemblance. Certainly, his understanding of Holy Roman Imperial politics and history is profound, spoken with the voice of a man who saw many important events unfold with his own eyes.

Whatever the case, he was an obscure figure until he arrived in the city of Überlingen on the Bondensee in AD 1196 and swiftly displaced the Toreador elder Gallen. Complacent, with few allies, Gallen was no match for the Ventrue and his coterie, and he was dispatched with ruthlessly efficient ease. Hardestadt the Younger quickly established his praxis, then left the city largely in the hands of his coterie-mate and dedicated second, Charles von Lindau. In the intervening years, he has taken to moving in circuits throughout the empire, sometimes in company with his sire, other times on his own, yet always with an eye towards shoring up the name of Hardestadt.

In the spring of AD 1211, Hardestadt the Younger was one of the many dignitaries at the court of his older brother-in-blood, Jürgen von Verden. He was accompanied by a number of his mortal and Cainite retainers (including the neonate Ulrich von Wettin) many of whom spent much of their time receiving petitions from a myriad of other servants attached to the Eastern Lords and other functionaries in attendance. Rumour had it that despite Hardestadt being there for the stated purpose of solidarity with Jürgen, he was actually there to keep an eye on him for their sire. There was also gossip at the court that the two Ventrue envied and disliked each other; Hardestadt was jealous of Jürgen’s success and prestige, while the Lord of Saxony coveted his younger brother’s place as the chosen heir of their sire. 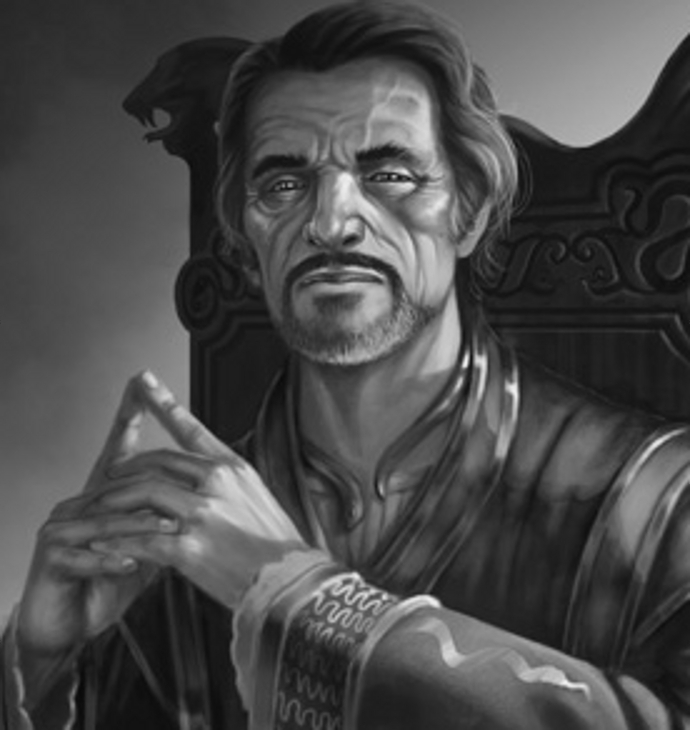 Ulrich von Wettin, the neonate aide-de-camp to Hardestadt the Younger

When Svenin the Tall moved to introduce himself to the famous Ventrue, a number of attending princes immediately sought to bar his way while loudly decrying his presumption, but Hardestadt the Younger waved them away. He motioned for Svenin to come closer, and the two men of action shared a short, frank conversation. While the prince of Überlingen clearly did not consider the viking mercenary as his social equal, he obviously showed a healthy respect for Svenin’s size and reputation. He obviously considered the distinction between High Clan and Low to be natural and proper, as was the place of the German peoples at the pinnacle of Christian and European civilisation.

During the events of the Magdeburg Affair, Hardestadt was quick to take stock of the political ramifications of the disaster. As he watched the reputations of Lord Jürgen, Sister Lucretia and Lady Rosamund receive blow after blow, try as he might Hardestadt could ill-conceal his satisfaction. Although Jürgen’s allies would salvage the matter in his favour as much as possible, the damage could not be entirely undone. And to those with their finger on the pulse of the politics taking place behind the scenes, there could be no doubt that Hardestadt the Younger would give a faithfully biased account to the Elder.

Embrace: generally thought to have been sometime in the closing decade of the 12th century, but often speculated to have been as early as the 10th.

Lineage: Childe of High Lord Hardestadt, self-styled Monarch of the Holy Roman Empire, frequently referred to as the Fiefs of the Black Cross. Hardestadt has never seen fit to reveal his sire, but many years ago Jürgen von Verden claimed that it was none other than the legendary Erik Eigermann, a monster who predated the Germanic invasions of the Roman Republic. Of course, this may have simply been a lie to be used as a pretext for the Swordbearer’s annexation of the Northern March against the opposition of Ilse Reinegger. 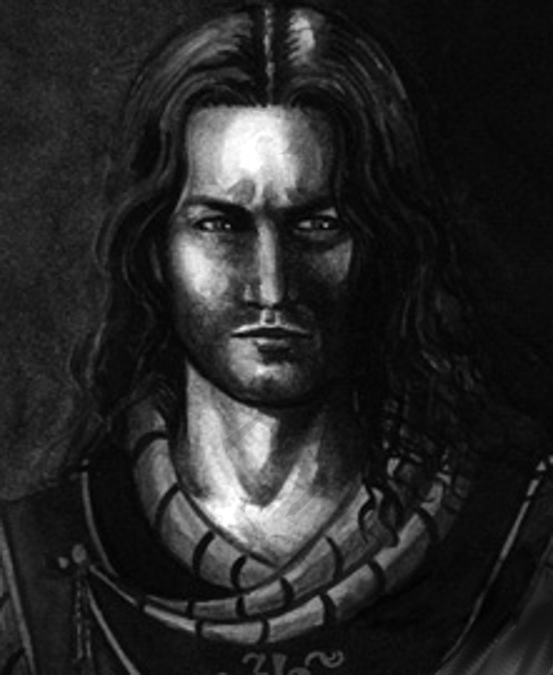